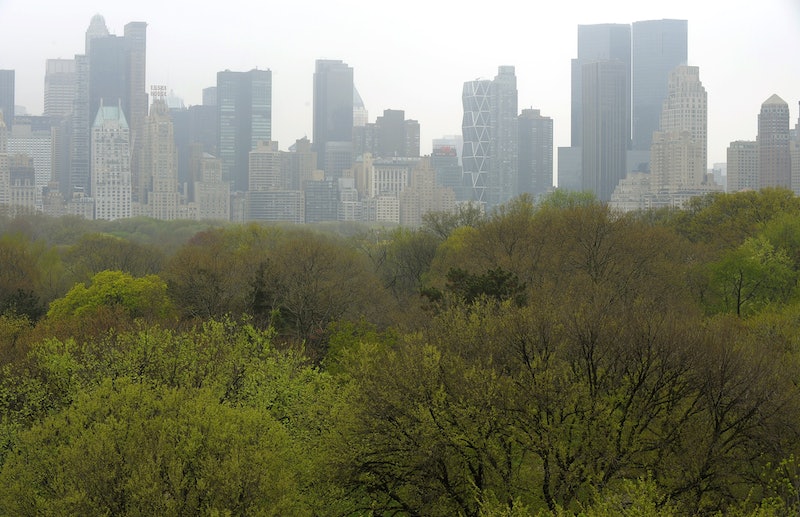 A building in Midtown Manhattan has experienced a partial collapse, reports out of New York say. CBS New York reports that one construction worker has been killed as a result of the collapse, which occurred on West 38th Street. The local CBS station stated that the building began to collapse after two construction workers were digging against the foundation of the building that neighbors their work site. Soon after the digging began around 10:30 a.m., a 4-by-8 foot slab of concrete weighing approximately 8,000 pounds was released from the building, trapping the deceased construction worker under its massive weight. One serious injury has been reported, and local news station NY 1 reported two people are possibly trapped inside the partially collapsed building. Photos from the crash site in Midtown depict a tragic scene.

NY 1 further stated that fire crews responded immediately to reports of the building collapse. Photos from the scene show several emergency vehicles surrounding the eight story building where the wall collapsed. At least one firetruck ladder has been extended to one of the top floors of the building, possibly to assist anyone who may be trapped inside. Few details have been released, but photos from the scene reveal a sense of urgency from first responders.