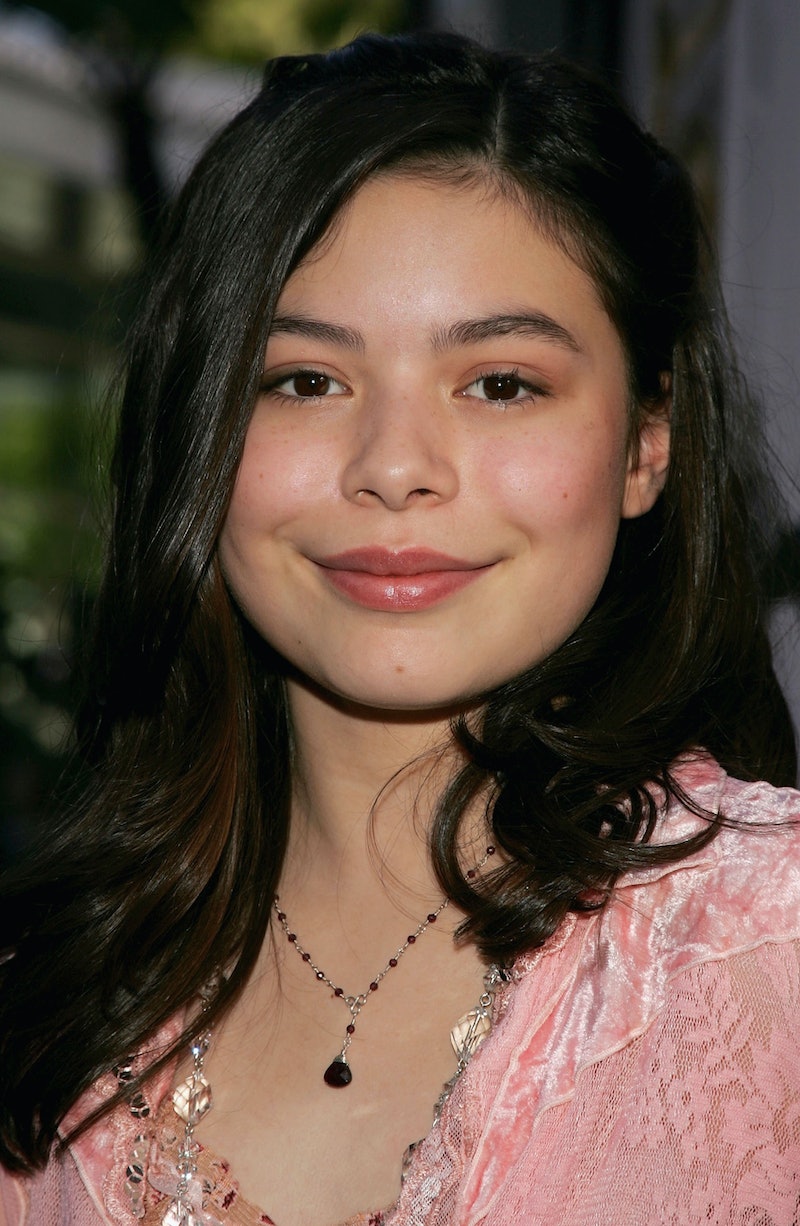 If there’s one tween show that was totally underrated, it’s iCarly. If you never watched it, it was an amazing show on Nickelodeon starring Miranda Cosgrove as Carly Shay, a girl who creates her own web series with her friends Sam and Freddie. It was corny at times, but also smart and hilarious, and it was super sad when iCarly went off the air in 2012. Everyone loved it — even Michelle Obama guest-starred on the show! But now it’s 2015, and Cosgrove is a bona-fide adult at age 22, no longer the tween star she once was. So, what has the actress been up to and where can you spot her next?

Before iCarly, Cosgrove was the precocious little Summer in Richard Linklater’s amazing film School of Rock with Jack Black, and the diabolical but ultimately loving little sister Megan on Drake & Josh (which was also hilarious) from 2004 to 2007.

Remember how tiny and cute Cosgrove was in School of Rock? She was only 10 when she filmed the movie, but it was pretty clear that she was destined to be a star. These days, she’s still got plenty of projects in the pipeline and a lot more talent to share. Let’s take at what Cosgrove's been up to 'cause she certainly doesn’t look like this anymore:

She's channeling Wednesday Adams a little bit with that outfit, but not that smile.

And Working With Betty White

Cosgrove has come a long way since Drake & Josh. She signed on to the new show Crowded from NBC, which just started shooting, and apparently, the inimitable Betty White is guest-starring!

The former Nickelodeon star enrolled at the University of Southern California in 2012 and decided to major in film. She told MTV News at the time, "I was picking between USC and NYU and I really love New York, so I had really wanted to go to NYU. But I love acting, so I want to stay in L.A., so I can act at the same time."

The actress is still hanging with her friend Jennette McCurdy, who played her BFF Sam on iCarly. I love that they are still friends!

You Might Not Have Seen Her In A Movie, But I Bet You've Heard Her

Cosgrove was the voice of Margo in Despicable Me and its sequel.

I look forward to seeing Cosgrove come into her own as an actress, and as for a Drake & Josh reunion? Drake Bell is certainly in, so it might not be out of the realm of possibility.