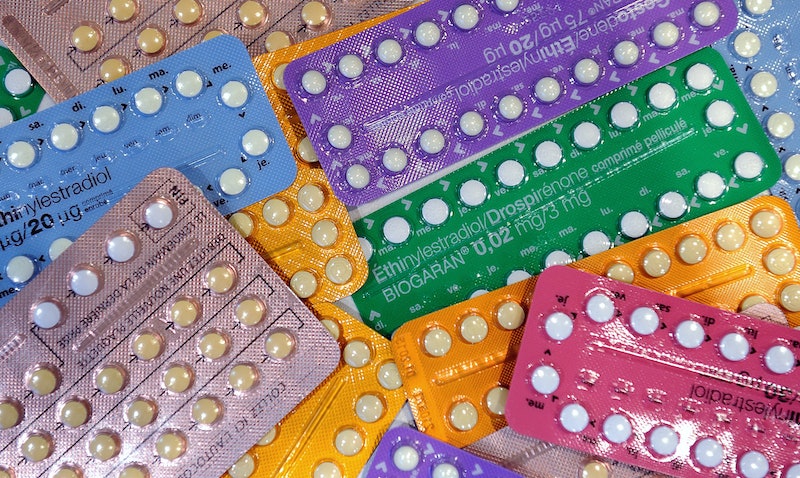 It's been a surprisingly positive week in reproductive rights. The third GOP presidential debate, which aired last Wednesday, stayed far away from reproductive rights, including every Republican's favorite talking point — Planned Parenthood — sparing us viewers from more gross misinformation and offensive comparisons of abortion to slavery (thanks for that, Ben Carson). Instead, this week brought new victories for Planned Parenthood, the overturning of a potentially dangerous law in Oklahoma, and the repeal of China's most contentious — and sexist — policy.

Here's what you missed this week in reproductive rights news...

A federal judge on Wednesday blocked Alabama Gov. Robert Bentley from blocking Medicaid funding to Planned Parenthood clinics operating within the state. Bentley first announced that he would attempt to terminate the state's Medicaid contract with Planned Parenthood in August, using the heavily edited "sting" videos as support. "The deplorable practices at Planned Parenthood have been exposed to Americans, and I have decided to stop any association with the organization in Alabama," Bentley said in a statement at the time.

But U.S. District Judge Myron Thompson issued a temporary injunction on Wednesday, ruling that Bentley and the state of Alabama could not legally block Medicaid funds from Planned Parenthood clinics. The case was brought before Thompson by Planned Parenthood Southeast and a plaintiff known as Jane Doe.

Staci Fox, president and CEO of Planned Parenthood Southeast, praised the ruling in a statement sent to Bustle:

Today’s ruling is a victory for the women who rely on Planned Parenthood for quality, compassionate affordable health care. It’s outrageous that Governor Bentley is trying to take care away from women and families in our communities who need it the most. This case isn’t about Planned Parenthood — it’s about the hardworking women who seek lifesaving and life-changing care at our health centers.

The biggest reproductive rights news this week came from overseas: China's decades-old policy limiting the number of children per family is coming to an end. The Chinese government announced Thursday that it would repeal China's one-child policy, and Chinese families will now be allowed to have two children. The controversial one-child policy, established in 1979, has had a dramatic impact on Chinese women both in China and overseas. The policy has not only led to forced abortions and sterilizations, but has also exacerbated sexist societal attitudes, placing more "worth" on sons than daughters. As a result, thousands of girls, abandoned by their families under this harsh policy, were adopted by overseas families. More than 90 percent of babies adopted from China since the early 1990s were girls, and around 70 percent of those adopted were raised by American families.

The repeal of the one-child policy is not all good news. As Nancy Northrup of the Center for Reproductive Rights pointed out, the new two-child policy does not leave Chinese women with much reproductive freedom. "Every woman should be able to determine whether to start a family and the size of her family," Northrup said Thursday in a statement. "The end of China’s one-child policy is historic progress, however a two-child limit still fails to respect reproductive autonomy. ... As this new policy goes into effect, the Chinese government must create meaningful social and economic policies that will allow citizens to raise their children."

A Major Victory In Oklahoma

"Oklahoma women already face significant obstacles when seeking safe and legal abortion, the last thing they need is another measure criminalizing their doctors and pushing essential health care further out of reach," Northrup said in a statement on Monday.

Where Americans Stand On Planned Parenthood