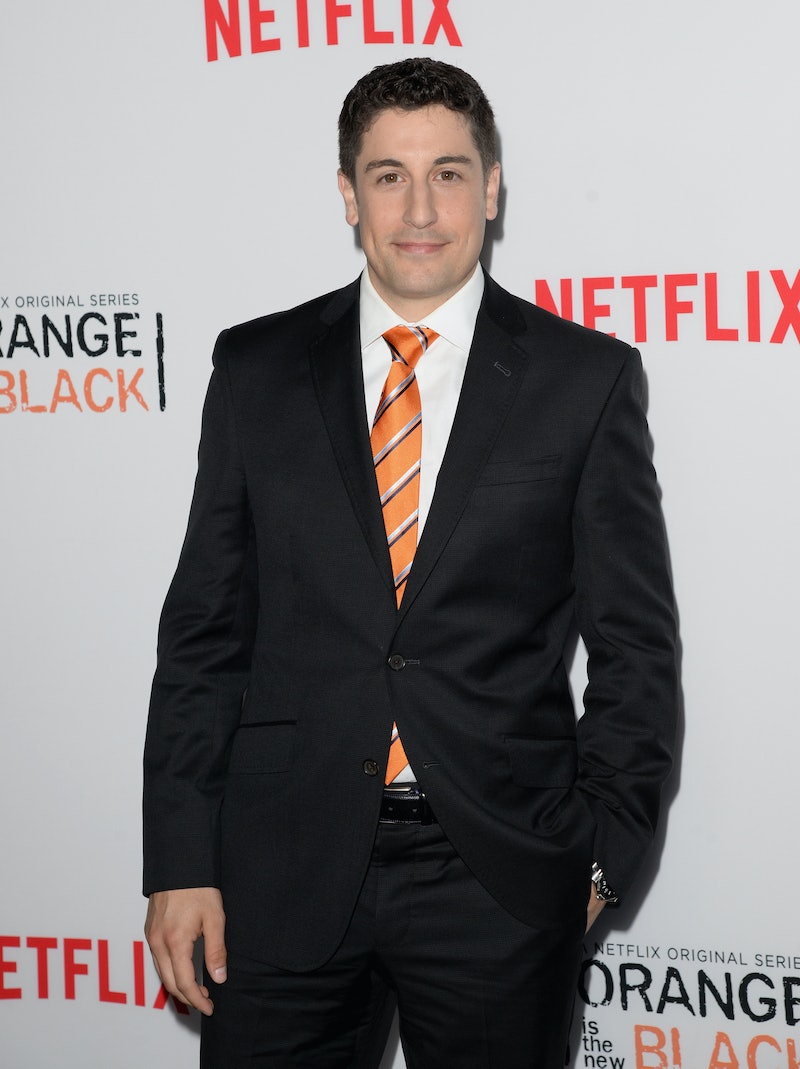 It turns out, Jason Biggs really is just as unlikeable as his character in Orange is the New Black. It's no secret that many people hate-watch The Bachelor. It's kind of a ridiculous show, so much that there's an entire web series parodying its ridiculousness. But Biggs took hate-watching to a new, uncomfortable level today when Biggs blasted The Bachelor contestants over Twitter.

There's two ways Biggs' comments can be taken: as horribly offensive insults, or a desperate attempt at "edgy" comedy. Either way, it's not pretty; charming sentiments like "There are prettier faces being interviewed in the Florida State locker room right now," "I bet that girl who has 9 special needs family members lets them play with her big titties every now and then cuz what else right?" and "You can write the Ten Commandments on the front teeth of at least 8 of these chicks." abound. The comments got so bad that comedian Michael Ian Black (who, coincidentally, "hosts" The Bachelor parody show Burning Love) publicly unfollowed the actor. Also, at some point, Dan Savage interjects for ostensibly no reason? If there's a lesson to be learned here, it's that there are horrible people on the Internet, and sometimes those people can even be celebrities. Stars: they're just like us!