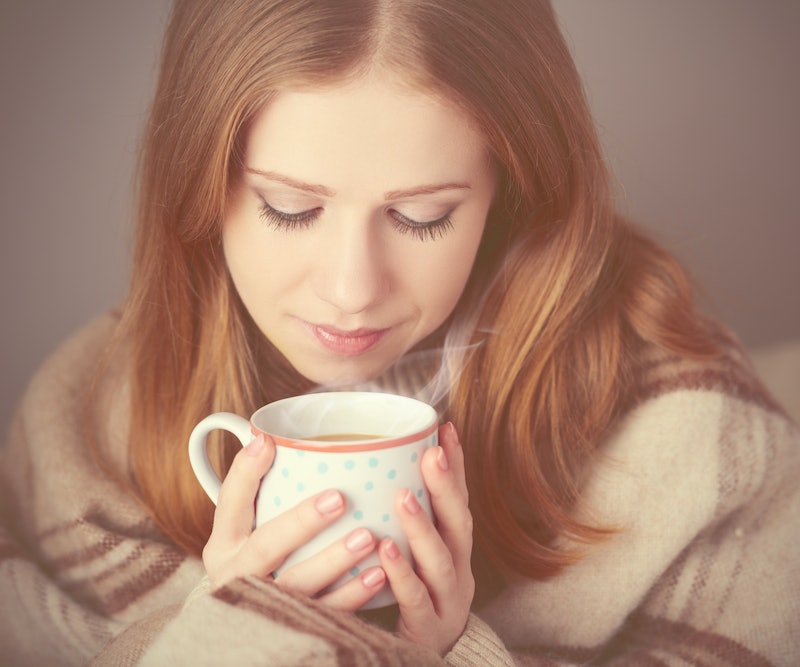 We are beginning to understand more about coffee's several health benefits, but it may be two steps forward and one step back for this favorite beverage. New research shows that coffee commonly contains mycotoxins, mold-produced substances that are carcinogenic in humans. Is your coffee making you sick? Dr. Emilia Ferrer of the University of Valencia studied 100 brands of commercially-available coffee in Spain and found that all contained some mycotoxins and that five samples contained illegal levels. Since mycotoxins are linked to liver cancer, these results (published in Food Control) indicate that perhaps increased attention towards establishing legal levels of mycotoxins and better enforcing them is warranted.

If you recall the buttered coffee craze of a year or two ago, the butter was only half the story. Buttered coffee, or "Bulletproof Coffee," is (as far as I can tell) the invention of quantified self proponent Dave Asprey. Inspired by the yak butter tea he was served on a mountain in Tibet, he adds butter to his coffee in the pursuit of a more balanced energy than sugar-laced coffee-like drinks can provide. But the less popular part of the Bulletproof Coffee story is the coffee itself — chosen and handled carefully to avoid introducing unhealthy mycotoxins, which Asprey believes are on the rise in modern environments and diets.

You can buy Bulletproof mycotoxin-free coffee from Asprey, who is also an entrepreneur, but it's quite expensive. So how are you supposed to tell if the regular coffee you buy in the grocery store and drink around town contains mycotoxins? The bad news is that you probably can't. They're not just in coffee, either: mycotoxins are also contained in common foods like cereals, wine, spices, dried fruit, cocoa, poultry, and pork sausages.

The good news, though, is that mycotoxins may not be quite so toxic as you've feared from the headlines. Though there are instances of mycotoxin-induced chronic fatigue syndrome, for instance, those seem to be limited to patients who live or work in water-damaged buildings. There's a huge difference between sipping in a little mold byproduct and ingesting it with every breath for hours on end each day. The World Health Organization warns about mycotoxins in a report, but points out that all the worst cases of apparent mycotoxin poisoning occurred in people positioned to inhale huge amounts, like farmers and workers in silos full of moldy grain. These individuals seemed to recover as long as they were not again exposed to the mycotoxin-laden environment.

Most of the people who actually develop liver cancer traceable to mycotoxins are in underdeveloped countries, where they consume disproportionate amounts of unsafely-handled grain and often experience exacerbating factors like hepatitis B and HIV/AIDS. So while it's not exactly comforting to realize that your morning cup of joe likely contains unspecified amounts of carcinogens, mycotoxins should be pretty far down your list of health concerns overall.

More like this
Pret & Costa’s Coffee Is The Strongest On The High Street, According To Which?
By Sam Ramsden
16 Valentine’s Day Quotes About Chocolate That Will Make You Hungry
By Emma Cueto
Dunkin’s Valentine’s Day Lineup Includes A Drink That Tastes Like Dessert
By Alexis Morillo
15 Black-Owned Liquor & Wine Brands To Add To Your Bar Cart
By Alexis Morillo
Get Even More From Bustle — Sign Up For The Newsletter
From hair trends to relationship advice, our daily newsletter has everything you need to sound like a person who’s on TikTok, even if you aren’t.