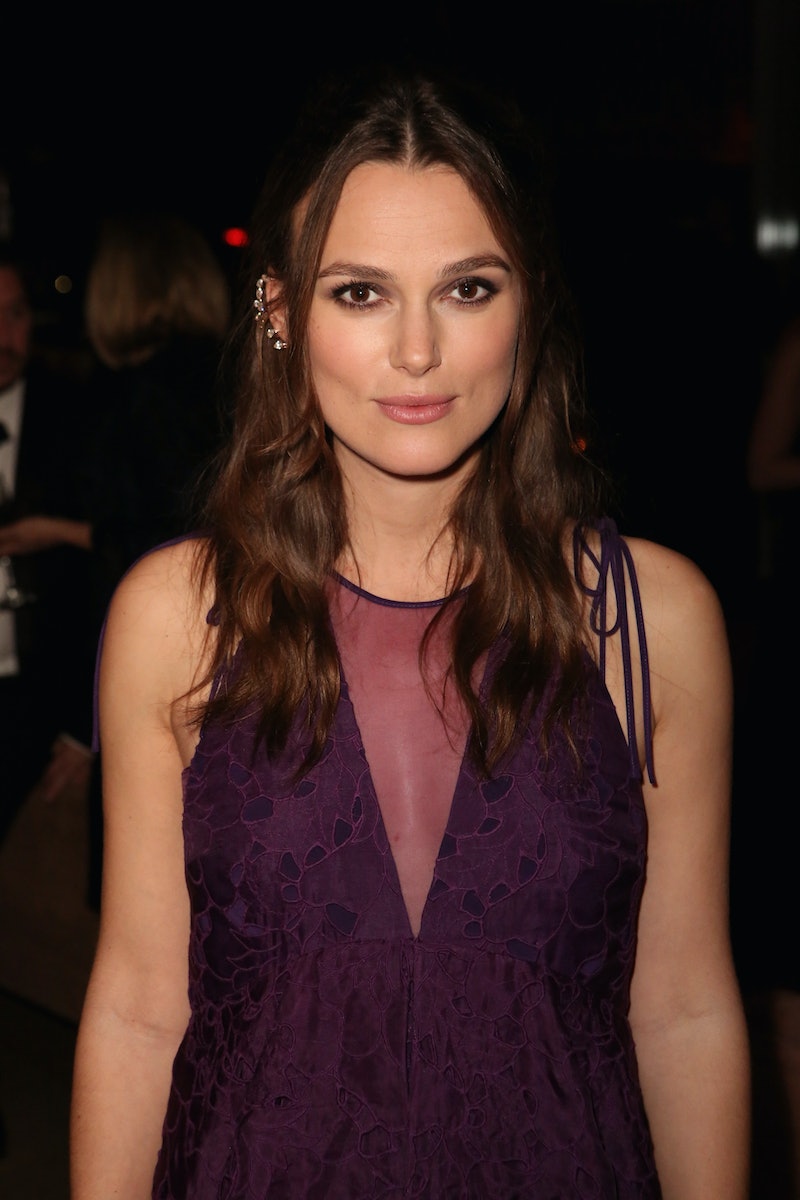 There's a chance being a feminist could be good for your love life, according to Sara Eckel, author of the new book It's Not You: 27 (Wrong) Reasons You're Single . An excerpt from Eckel's book was published on Salon this week. In it, Eckel tackles the trope that "smart, liberated women are hopeless in romance" and explains instead why feminism is good for relationships (just ask proclaimed feminist Keira Knightley).

But first, let's start with a bit of trivia taken from the excerpt: Irina Dunn, the Australian university student who first "scribbled A woman needs a man like a fish needs a bicycle on two bathroom walls" in 1970 (no, it was not Gloria Steinem), went on become a journalist and member of the Australian Senate. The feminist phrase was a twist on older sayings such as "a man without faith is like a fish without a bicycle" and "a man needs God like a fish needs a bicycle." Regardless, the phrase "makes a handy cultural shorthand to explain how feminism has messed up women’s love lives," writes Eckel. And for decades, the idea that feminism has failed women romantically has been a running cultural theme.

In decades past, the task of telling ambitious women that they’d never find love fell to male editors and reporters, who were unabashed in their contempt for a new breed of she-monster known as the “career woman.” Later, the media let the numbers do the talking, and we got clinical analyses likening our odds of marrying to getting killed by terrorists (a particularly chilling analogy, in hindsight). These days it’s a woman’s job to break the bad news, and often the messenger is single herself, offering up her life as a cautionary tale for the good of womankind. Regardless of the delivery system, the “doomed career woman” narrative is as perennial as any Disney fable, the theme repackaged and resold to each generation.

Many of these romantic doomsday prophesies never materialized or turned out to be untrue. The terrorist bit she writes of comes from a 1986 Newsweek article, which predicted that "a single, 40-year-old woman had a better chance of being killed by a terrorist than getting married" (this "fact" is also cited in Sleepless in Seattle). Twenty years later the magazine reanalyzed, noting that it had been incorrect. The stat had been based on an 1985 academic paper noting that a white, college-educated, 35-year-old woman who insisted on marrying only a man two years her senior could have faced a shortage of available men, pushing the odds of marrying down to one in 20. "But of course, that number was meaningless," as Caryl Rivers wrote at womensenews.org. "Why should it have been assumed that such a woman would have scorned a man her own age? Or a 34-year-old man. Or a 28-year-old man?" (Also: Your chances of being killed by a terrorist are about one in 20 million.)

In 2014, meanwhile, women with traditionally male markers of achievement — college degrees, graduate degrees, high incomes — fare well in the so-called marriage market. Women with college degrees are more likely to marry than less-educated peers and less likely to divorce. Women making more than $100,000 per year are also more likely to be married than their lower-earners. And later marriages are associated with lower divorce rates. To let Eckel sum it up: "If you get a good education and take time to establish your career and your life as a self-supporting adult, current research shows that you’re not only more likely to marry, you’re more likely to stay married. Oh, and you’ll make more money too." Win/win/win. Plus feminists have better sex lives.

More like this
5 Ways To Stand In Solidarity With Women In America From The UK
By Sophie McEvoy
How To Fight For Reproductive Rights, Based On How Much Time You Have
By Courtney Young
TikTok’s Viral “Rating Game” Is Exposing Everyone’s Icks
By Courtney Young
Why You're Seeing Green Bandanas At Abortion Rights Protests
By Lexi Inks
Get Even More From Bustle — Sign Up For The Newsletter