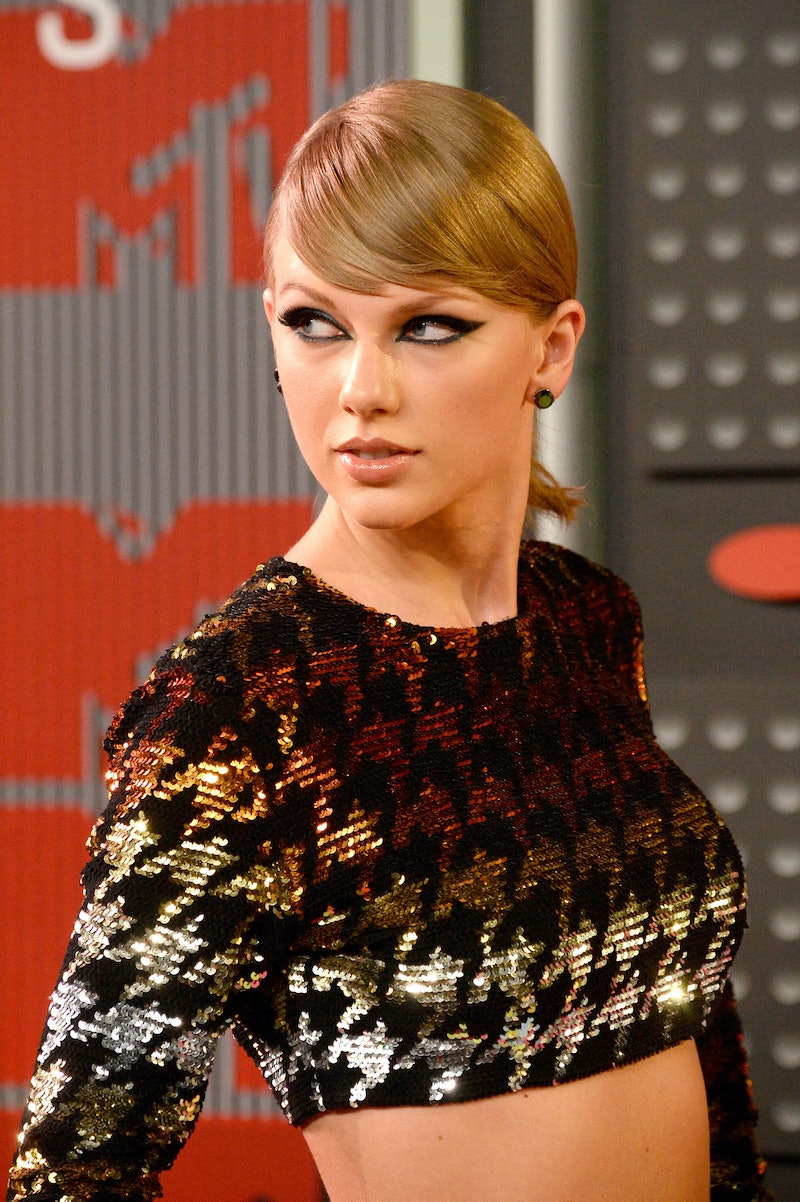 Do you think T. Swift will be able to shake this off? According to the BBC, Taylor Swift is being sued $42 million by 50-year-old R&B singer Jesse Braham (his stage name is Jesse Graham) over her "Shake It Off" lyrics. The BBC reports that based on legal documents, Braham claims Swift stole the words from his 2013 song "Haters Gonna Hate." In addition to his compensation requests, Braham also wants Swift to add his name as one of the writer's for "Shake It Off." Bustle reached out to Swift's record label, Big Machine Records, for comment, but did not receive an immediate response.

Braham spoke with the New York Daily News on Oct. 31 and said, "Her hook is the same hook as mine. If I didn't write the song 'Haters Gone Hate,' there wouldn't be a song called 'Shake It Off.'" Apparently, he first realized the similarities between their two songs after Swift performed "Shake It Off" on The Ellen DeGeneres Show. Braham claims he's spoken to reps from Sony and Big Machine Records on multiple occasions. "At first I was going to let it go, but this song is my song all the way," Braham told the New York Daily News.

According to a legal source who spoke with PerezHilton.com,

Mr. Braham, who is representing himself, cannot claim copyright protection for the phrases "haters gone hater" and "playas gone play" because the Copyright Act does not protect short phrases and these phrases are not original to him. In addition, and most damning to Mr. Braham's claim, the two songs have absolutely nothing in common.