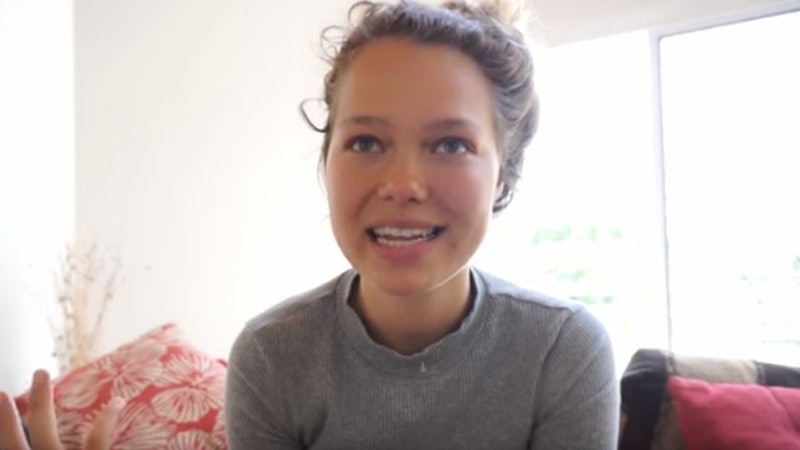 Something remarkable happened in the world of social media today. A shift occurred, a ripple perhaps ever-so-slight to some that to others felt like full blown breakers: Instagram star Essena O'Neill defiantly quit social media and deleted 2,000 photos to prove one very important point — social media is not real life.

Of course, it doesn't always seem that way. Many of us, myself included, can't go more than an hour or two without checking Twitter, Facebook, Tumblr, Instagram, Snapchat or one of the other now myriad forms of social media at our fingertips. And, for some, that margin is much smaller ... minutes, even. It's become a sort of oft-sadomasochistic ritual we weave into our every day lives. It can bring us great joy to connect with friends and colleagues, but it can also elicit intense feelings of insecurity and inadequacy. Why does everyone else's life look so perfect compared to mine? I wish my skin was as amazing as hers. Will I ever be as put-together as the perfect faces staring back at me? Such are the fleeting thoughts that fill our heads while scrolling through flawlessly filtered pics and envious status updates.

Which is precisely why O'Neill, an 18-year-old social media star with nearly a million collective followers, is calling it quits. Over the last week, the Australian quietly deleted or changed the captions of 2,000 of her most popular photos to unveil "the truth behind the photo." Then, on her recently created site Let's Be Game Changers, O'Neill revealed the reason for her social media upheaval to fans. In a move she dedicates to her 12-year-old self, the social media star passionately and poignantly explains the inherent flaw with viewing life through the lens of social media — it isn't actually living. In fact, tenders O'Neill, it's largely contrived and distracts you from the authentic life you could be living. It's a constant consumption.

O'Neill isn't the first social media star to remove herself from the spotlight in order to illuminate the fallacies online idolatry perpetuates. As she herself points out, Cara Delevingne recently revealed the danger of the model/celebrity paradigm and how it left her depressed and confused. In a world where Photoshopping and airbrushing is second nature, these young women might be a whisper in the din and their voices might be wavering still — but they carry a message we could all of us who tend to over-refresh our feeds could stand to hear. Here are a few reminders O'Neill especially wants fellow "game changers" to be cognizant of about social media.

It Is An Illusion

When it comes to the authenticity of social media, O'Neill doesn't mince words. "Social media isn't real," she says. "Everything I did was edited and contrived and to get more views." It is, after all, a system based on social approval — a "perfectly orchestrated judgement."

It Is A Business

"If you don't think it's a business, you're deluding yourself. Companies will follow you with dot-points of what you you say and what time you should post the photos," she reveals. And judging by recent backlash against reality stars and other social media personalities hawking products, it seems fans have started catching onto this and are none too happy about it.

It's A Virtual Popularity Contest

While there are those who have been able to cultivate a genuine following based on altruistic endeavors, many social media stars make a living by pushing the perfect image. "The common theme is not truth, love or purity in what they share," O'Neill says. "It's not in their honesty, compassion or their undeniable hunger for revolutionary change. It's their hunger for social validation."

Despite how happy people look in the photos they post online — despite how big their smiles are and the way they always seem to be laughing at something — the reality is those happy faces are often hiding sadness. "I'm the girl who had it all and had never been more miserable in my life. I want to tell you that having it all on social media means nothing to your real life," stresses O'Neill.

We are stuck living with distractions, said O'Neill. Social media diverts our focus from the real people and places and things which could color our world. Instead, we're caught in a superficial cycle of scrolling, viewing, judging and comparing.

It Can't Compare to Real Life

More than anything, O'Neill just wants to inspire more young women to look up from their screens and look around. She did, and she vows it changed her. "I finally woke up. I saw more, I listened more, I had more time, I found myself becoming more and more creative, less stressed, happier and with this new sense of power," she says. "But most of all, I just FELT MORE."