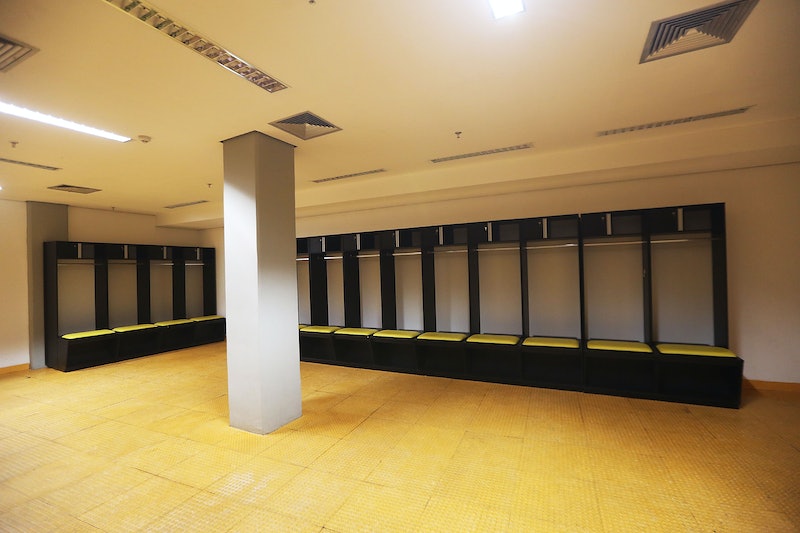 Great news: The Department of Education for the first time Monday spelled out the rights for transgender students and even threatened sanctions against a suburban Chicago district for its actions. Township High School District 211, the largest high school district in the state of Illinois, infringed upon the rights of a transgender student by not allowing her to use the girls' locker room, the department found.

The student filed a complaint in 2013 when the district stopped her from using the locker room, instead demanding she use a private space to change. Federal officials investigated and have been in talks with the district, hoping to negotiate a solution. That's what has tended to happen in past instances like this: The Department of Education and Department of Justice have worked out individual agreements with school districts, as opposed to issuing rulings and threatening legal actions that plainly spell out what the Obama administration sees as the rights of trans students.

In the letter sent by the Department of Education's Office of Civil Rights Monday, Regional Director Adele Rapport called on the Palatine-based district to comply with the Department of Education's findings — namely that the student be allowed unfettered access to the girls' locker room — within 30 days. Failure to do so could result in court action by the Justice Department and loss of Title IX funding that supports equality in athletic programs.

The language used was harsh and condemned the district for its actions. The finding says the district "excluded student A from participation in and denied her benefits of its education program" and "subjected her to different rules of behavior" on the basis of her sex in violation of Title IX, the law that prohibits sex discrimination in education.

The ACLU of Illinois, who is representing the student, in a press release, called it a "landmark ruling." In the statement, Director of the LGBT and HIV Project, John Knight said, "The District's insistence on separating my client from other students is blatant discrimination. Rather than approaching this issue with sensitivity and dignity, the District has attempted to justify its conduct by challenging my client’s identity as a girl."

Up until last week, the district was in talks with the Department of Education to come to an agreement. The district relented and was going to let the student use the girls' locker room but insisted that she use a private area separated by a curtain. In a guest column in the local newspaper, the district's superintendent Daniel Cates argued that district's demands are a "reasonable request to shower or change clothes in private." But he goes on to say that there would be male anatomy in the girls' locker room and female anatomy in the boys'. Clearly, he doesn't get it.

In 2013 and 2014, districts in California came to agreement with federal officials and agreed to allow transgender students to use the locker rooms of their choice. The districts did not admit to violating any federal law in these cases, but implemented the policies suggested by Department of Education and Department of Justice such as amending non-discrimination policies, training administrators and ensuring equal access to sports programs by trans students.