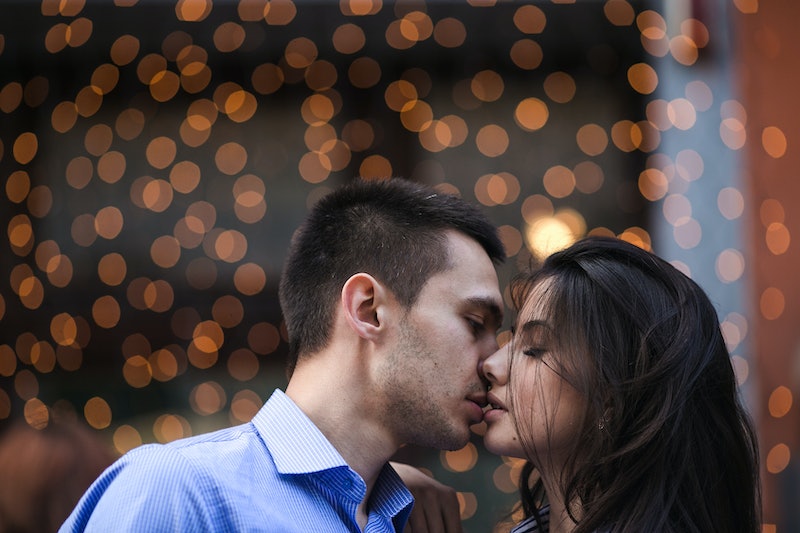 From cooking, to cleaning, any guy who understands that there is no such thing as “women's work” is and, forever will be, bae to me. Well, it turns out that many others share my predilection for couples who split chores. A new study by the University of Alberta has found that men who describe themselves as sharing in the housework with their partner were more likely to have frequent sex. While the study didn't find that the actual amount of housework a man did correlated to the amount of sex he was having, if he and his partner both believed he was picking up some of the chores, they were more likely to get it on regularly.

Looking specifically at the data resulting from a five year study of 1,388 heterosexual German couples, family ecology professor from the University of Alberta, Dr. Matt Johnson found evidence for what he always believed: Women want men willing to share in the work around the home.

But when it came down to it, the more frequent sex wasn't completely a result of leveling the gender playing field. Rather, communicating and sharing in responsibility that worked based on the couple's circumstances made for a better sex life. While the study only addressed heterosexual relationships, it would be interesting to see how chores affect the sex lives of LGBT couples. In an episode of "I Want It That Way," Heather Hogan of Autostraddle tells Bustle that chores are one of the top things lesbian couples argue about.

“Equal doesn’t necessarily mean fair,” Johnson tells Bustle. “The circumstances in couples’ lives vary widely from couple to couple, so both partners contributing equally to housework might be optimal and fair for some couples, but not for others. This research implies that rather than striving toward an equal division of labor, couples may be better served by articulating what is fair for them, given the circumstances of their daily life.”

So basically, talking it out, and showing that each partner is willing to share in the house burdens is sexy. Keep telling me what I already know, Science.

And now that the benefits of sharing chores been confirmed, what other things have studies proven can improve our sex lives? Well, there's quite a few.

Apparently, there is nothing sexier than having a television in the boudoir. A 2014 British study found that couples who had a TV in their bedroom had twice as much sex as those who didn't. But why exactly was this the case? Out of their participants, the researchers found that 37 percent of couples said watching erotic shows or movies made them more inclined to do it (duh) while 47 percent admitted to enjoying having sex while watching TV. Another 32 percent of couples said that if nothing good was on TV, they were more likely to get down to it. Because really, what better way is there to fill the time?

It may be no surprise, but couples who are more financially secure tend to have more sex. The study published published in the International Journal of Manpower (interesting name for a research journal?) looked at 6,317 men and women from Greece, asking them about their financial situation and their sex lives. Out of their pool of participants, the researchers found that people making 5 percent more than the others in their study were also having sex four or more times a week on average.

Did you know your favorite fruit was an aphrodisiac? According to Health, eating strawberries will improve your sex life because they are chock full of antioxidants that will help your heart and your arteries. Basically speaking, strawberries promote good circulation which means more blood flow to erm...the good parts. The Vitamin C also found in this delicious fruit has also been linked to higher sperm count in men. There's a reason why chocolate covered strawberries are the go-to bedroom dessert.

More like this
How To Do The Intimacy-Boosting Lotus Sex Position
By Laken Howard and Lexi Inks
The Top Mistakes Scorpios Make In Relationships (& How To Avoid Them)
By Nina Kahn
Expert Tips For Being On Top When You're Plus-Size
By Lexi Inks
Are Quality Time & Physical Touch Love Languages Compatible?
By Lexi Inks
Get Even More From Bustle — Sign Up For The Newsletter