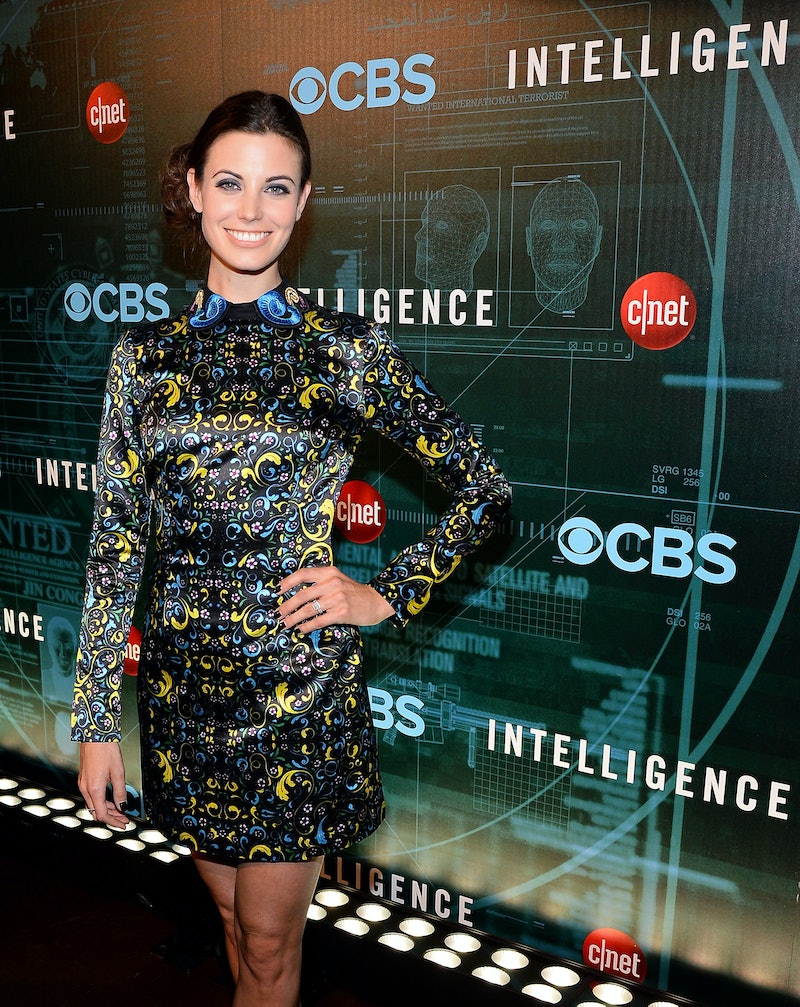 In case you forgot that CBS has programming for people under 60, a new action-drama called Intelligence began last night. While some of the elements of Intelligence suggest that CBS's Tuesday nights are tailored to the Early Bird Special crowd, it also had a surprising amount of good moments, particularly with the two strong leading ladies in the cast.

Intelligence centers on Gabriel Vaughn, the first man to have a computer chip implanted in his brain. LOST's Josh Holloway plays Gabriel as a sort of old, tortured spy begging to go out into the cold, which made me forget about Sawyer for at least five minutes. From the pilot, it appears that Vaughn's entire mission is to use his computer-brain to kick and punch his way through countries he doesn't understand, on some vague mission to find his wife, who may or may not be a terrorist. The amount of white-guy-beating-up-other-guy is relatively high, which was not fantastic, although there was a redeeming portrayal of a Chinese intelligence boss later in the episode. Oh, and that boss was a woman.

Most of the redeeming parts of Intelligence were executed by women. For instance, Gabriel's boss Lillian (played by Marg Helgenberger) remains a cold intelligence director throughout the episode, completely flat as a character, but a refreshing new stereotype for a mature woman. Her discussion with the female Chinese intelligence boss feels stately, calculated, and powerful, three words that are rarely used to describe television's portrayals of women in action roles. Similarly, Gabriel's partner Riley, who is brought to life by Once Upon a Time's Meghan Ory, seems the perfect cop with a bad history.

While Riley starts out as a somehow different female agent, she suddenly falls into the traps of a male-driven action world. She is shot in the episode, but only barely, a rare injury for the women of television action, where heroines are more likely to fall into a coma or rant about how their injuries have "changed" them (I'm looking at you, In Plain Sight and Castle). Soon after, though, she is taken captive with Gabriel, and although he manages to miraculously escape his captors, she ends up with a gun to her head, held as bait for her Prince Charming. At this point in the show, I sighed and wished Melinda May would cross networks and save her.

If Intelligence wants to remain on the air, they need to change a few things. And although the portrayal of enemies was troubling and dialogue often left much to be desired, I think they should start with their female characters. Because I saw promising strong women, and if they start making them actors instead of captives, this gunshot-filled fantasy might have a chance.