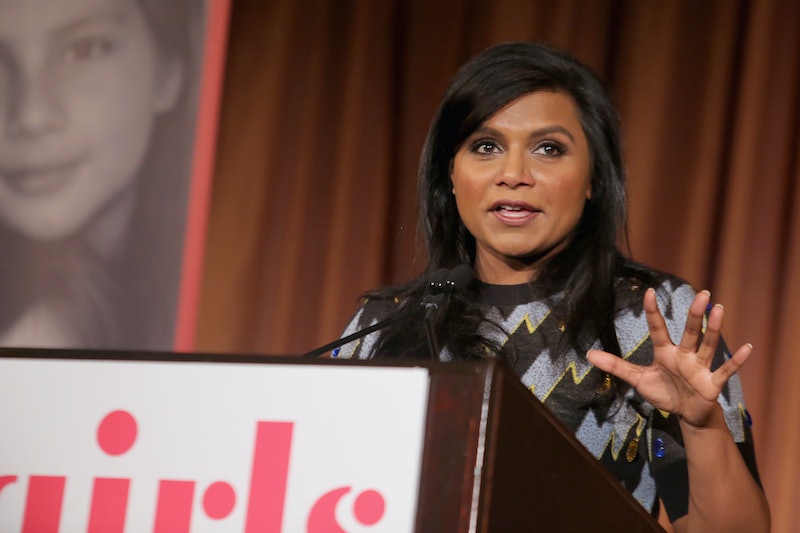 The magazine is no stranger to controversy. And this time, Elle is stirring up problems with their "Women in TV" issue showcasing four separate covers each featuring a popular woman on TV: New Girl's Zooey Deschanel, Parks and Recreation's Amy Poehler, Girls star Allison Williams and The Mindy Project's Mindy Kaling. But while three out of the four of these covers appear similar in design, one cover, Kaling's, is an obvious outlier. Shot in black and white and showing only the actress' face and upper body, Kaling's cover does not match the colorful, full body shots of her TV actor counterparts. Magazine readers and critics alike immediately took issue with the Indian actress' cover, claiming it was because of Kaling's dress size ( which she proudly announced was an "8") that her cover was cropped. But Mindy Kaling is defending her Elle cover, and took to twitter to shed light on the situation.

She wrote: "I love my @ELLEmagazine cover. It made me feel glamorous & cool. And if anyone wants to see more of my body, go on thirteen dates with me."

Thirteen eh? Then she added:

The magazine released a statement of its own, saying: “Mindy looks sexy, beautiful and chic. We think it is a striking and sophisticated cover and are thrilled to celebrate her in our Women in TV Issue.” Hmm, sophisticated, yes, but next time, Elle, give Kaling a big, colorful cover that she doesn't have to address on Twitter, mkay?

This isn't the first time the magazine has been charged with hiding its curvy women with editing tricks and cropping. Last year, Melissa McCarthy appeared on the cover along side other cover girls Reese Witherspoon, Shailene Woodley and Marion Cotillard in the Novemember Hollywood issue. On Witherspoon's cover, she appeared in a lowcut cutout dress, while Woodley appeared in a swimsuit and Cotillard in a crop top, McCarthy's figure was hidden in a large trench coat.