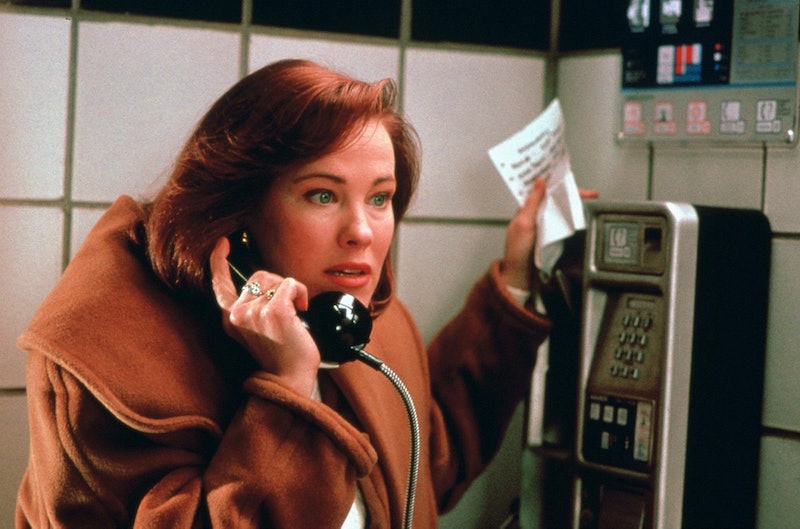 Seeing as it's the 25th anniversary of Home Alone, aka one of the best Christmas movies ever created, it's time to celebrate it appropriately. For example, what better way than by showing how the parents from Home Alone were the worst and made so many wrong decisions. Obviously, the one major mistake they made was leaving their eight-year-old son home alone. I mean, how does that even happen? But, that's not the only bad choice made by Kate and Peter McCallister.

I don't know about you, but as much as I love Home Alone, it also infuriates me thanks to Kate and Peter. They. Are. The. Worst. Not only do they treat Kevin like the black sheep of the family and blame him for anything and everything that goes wrong, but when it doesn't come to parenting, they don't really make the best choices. Come on, who let's their family that consists of five million people stay at their house the day before going on a huge trip for Christmas? That is just pure craziness.

Anyways, here are all the wrong things Kate and Peter did throughout Home Alone that will make you love Kevin even more — and despise the parents all over again.

1. When They Made Kevin Pack His Own Suitcase

I would never let someone speak to my child like that.

3. When They Let Buzz Get Away With Everything

4. When They Didn't Let Kevin Have Any Pizza

Really? He's a growing boy and needs to eat dinner before bed. Plus, pizza.

5. When They Didn't Check On Kevin In The Morning

I know it was pure madness in that household, but how could you not check on your kids, especially the one you sent to the attic?

6. When They Blamed Kevin All The Time

Ever notice how Kevin was picked on and blamed for pretty much everything? Not. Cool.

7. When They Didn't Keep Track Of Kevin At The Airport

Again, he's eight. Wouldn't you keep track of your little boy at a huge airport, especially to see if he made it on and off the plane?

8. When They Let A Random Police Officer Chill In The Foyer

First, who just let's some random person, police officer or not, just hang out forever in their house without ever mentioning a word. Second, maybe if they would've taken the time and paid attention to him, they would've sensed he was up to no good — just like Kevin.

9. When They Let Their Huge Family Stay Over

That's just way too many family members in house if you ask me.

10. When They Left Inappropriate Movies Around

The VHS movie Kevin watched is definitely not eight-year-old material. Granted, I'm sure Kevin would've found a way to watch it even if his parents did hide them.

11. When They Didn't Learn From Their Past Mistakes

Yep, Kevin is the real hero of the movie.