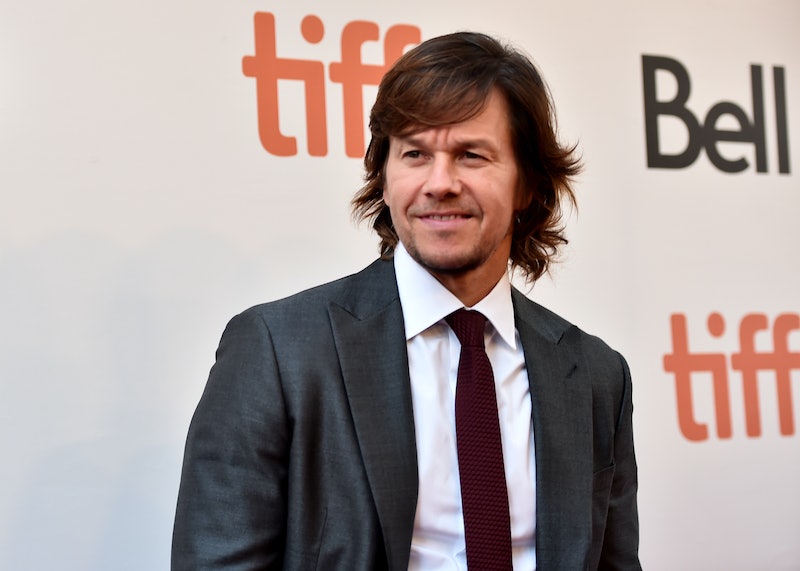 Seeing Mark Wahlberg now as the celebrated actor he is, it's easy to forget that he really got his start in Hollywood as a legitimate rapper named Marky Mark. So, take this as an opportunity to remember: He did! He was Marky Mark, he rapped with The Funky Bunch, and they had some hits like the unarguably GREAT "Good Vibrations." That doesn't mean we can't sometimes look back at old clips of him in his Marky Mark stage and laugh, though, which is exactly what Jay Leno did when Wahlberg was on his show last night: In an appearance on The Tonight Show, Mark Wahlberg commented that he was "a mess" as Marky Mark, after seeing an old clip of him on The Tonight Show 21 years ago, talking about underwear and sagging pants.

"They give Justin Bieber a hard time," Wahlberg commented. "I was an absolute train wreck. Wow." That does bring up an interesting point: How would the Internet have reacted to Marky Mark if he was famous today?

This isn't the first time he's (sort of) defended Justin Bieber: In August of last year, after Bieber got into one of the many fights he got into in 2013, Wahlberg commented that Bieber is just being a teenager: "He’s a kid! Let him live his life...he’s a teenager, obviously living in a different day and age. Everybody’s got a cell phone and paparazzi everywhere. I was in prison before I got a record out and I don’t think he’s been to prison. I don’t think he wants to go."

The clip of Wahlberg back in his Marky Mark days is, of course, hilarious. So much misplaced swag. Check it out below.