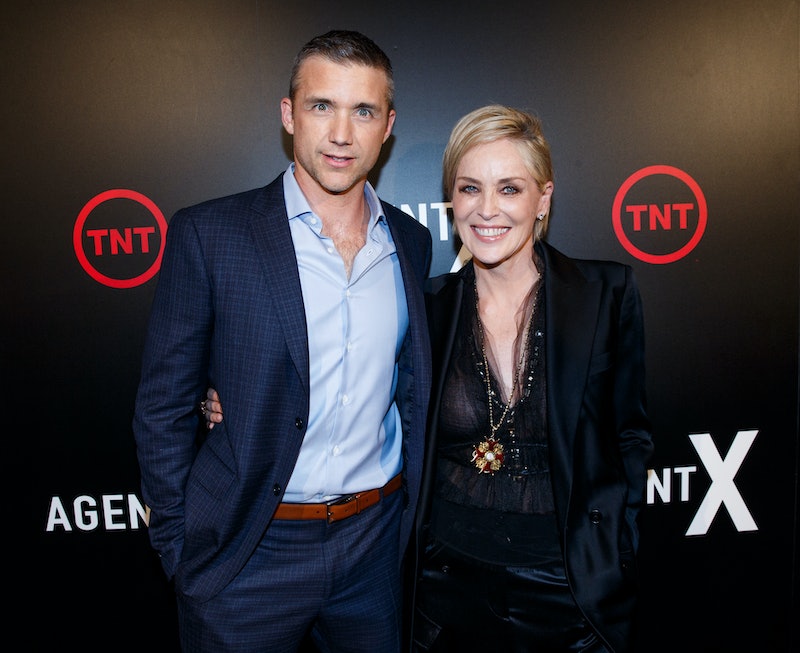 On Sunday, the premiere of TNT's action thriller Agent X debuts, and so far it looks like a solid show. Part of that has to do with Agent X's cast, which is pretty stellar, even if cable is currently overrun with government agencies and spy shows these days. This particular series focuses on John Case, better known as Agent X (mysterious, right?). A trained spy, he doesn't work for the FBI or the CIA, instead he is more of an independent contractor for the White House. Whenever a crisis or situation comes up that is too delicate (which I think is code for illegal) arises he is called in to handle it. He's the Olivia Pope of spies, I guess? I'm not positive, but either way the show looks fun, fast, and a possible contender to fill that Graceland-shaped hole in my heart.

Case (played by Jeff Hephner) is clearly the star of the show, running, fighting, and surviving torture like any good spy should. While Hephner is a suitable leading man, he is surrounded by an amazing supporting cast, with actors who should look awfully familiar to you. To save you the trouble of furiously Googling during the premiere I have rounded up where you've seen the cast of Agent X before.

What You Know Him From: Maybe everything? Don't be surprised if the guy in the suit looks crazy familiar, he has had major roles in shows like Chicago Fire, Boss, Hellcats, and The O.C. as well as movies like Interstellar and Maid in Manhattan. Playing the talented Agent X will give him a chance to shine as the lead.

What You Know Her From: So many things. Casino, Gods Behaving Badly, or Basic Instinct 1 & 2 should jog your memory. She's also a well known for her humanitarian work and being insanely gorgeous. She's a big deal, and this role sounds right up her ally.

What You Know Him From: His amazing supervillain past. No disrespect to anyone on this list, but I could not have been more excited to see that Shea would not only be on the show, but that we'd see him often as President Eckhart. Shea was the Lois-obsessed Lex Luthor on 1993's Lois and Clark the New Adventures Of Superman, and he was amazing. Shea's also known for playing Harold Waldorf aka Blair's father on Gossip Girl. So, yes he is basically perfectly cast as President.

What You Know Her From: Remember back on The Vampire Diaries when we found out Katherine Pierce had a daughter before she was turned? Then that daughter turned into a Traveler who could jump in and out of other people's bodies? That's right, Olga played Nadia, Katherine's long lost daughter and Matt's European fling.

What You Know Her From: Not much, though she's been acting steadily since 1999. Her most high profile gig is probably as the Pretty Hostess (literally that's what she's listed as on IMDB) in the Farrelly brothers comedy Stuck On You that starred Greg Kinnear and Matt Damon as conjoined twins.

Check out the cast of this cool show on Sunday on TNT!