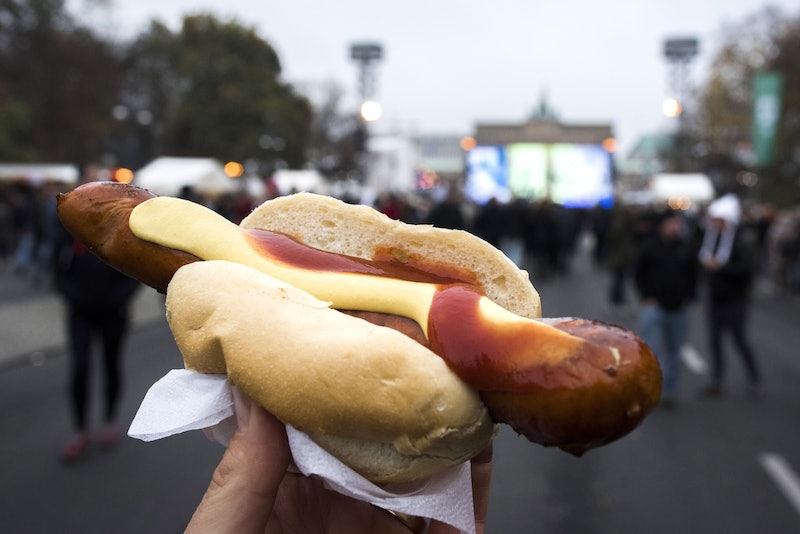 More than six years ago, New York City officials mandated that fast food chain restaurants had to include calorie counts on their menus. Researchers over at NYU's Langone Medical Center viewed the change as an opportunity to study whether displaying nutritional information for menu items altered fast food consumption in any way. What did the team discover? Not only did the findings reveal that having nutritional info on fast food menus didn't really affect eating habits, researchers actually saw an increase in caloric intake since the policy's introduction.

The NYU Langone team's research findings arrive just before the scheduled nationwide rollout of calorie counts in chain restaurants, movie theaters, and other eateries in December. The Obama administration has made a point of tackling the country's staggering obesity rates. More than 35 percent of American adults are considered to be obese, according to the National Institutes of Health. The new rules to label menus across the country were actually part of the Affordable Care Act passed in 2010, but food service companies delayed the FDA's implementation of the law until now. With the discovery that nutritional information may not be informing consumers' decisions, though, expansion of the rules implemented in New York City to the entire country could appear useless.

"Our study suggests that menu labeling, in particular at fast-food restaurants, will not on its own lead to any lasting reductions in calories consumed," senior investigator of the study, Brian Elbel, said in a release.

The study could also fuel criticism of one project being led by First Lady Michelle Obama, who has dedicated a significant portion of her time in office toward bringing down obesity rates in adults and children. The First Lady unveiled a revamped nutrition label for packaged foods in February 2014 that more prominently displays calorie counts and changes serving sizes on a number of foods' labels to "per package." Getting products with the updated labels on shelves was set to take a year or longer, according to Obama administration officials, again pitting the new White House initiative up against evidence that Americans just don't pay too much attention to labels.

A silver lining of the study? Twelve percent of participants reported that they chose lower-calorie items after seeing nutritional information on the menu. And Elbel says those success rates could improve with more monitoring of what kind of labeling works for specific groups and the introduction of policies like price subsidies for healthier foods.

More like this
Here's Why Your Nose Runs When You Eat
By Carolyn Steber
The 8 Best Chew Bones For Puppies, According To A Vet
By Andrea Hannah
The 4 Best Blenders For Acai Bowls
By Ileana Morales Valentine
The 6 Best Spill-Proof Coffee Mugs That Reviewers Love
By Tiana Crump
Get Even More From Bustle — Sign Up For The Newsletter