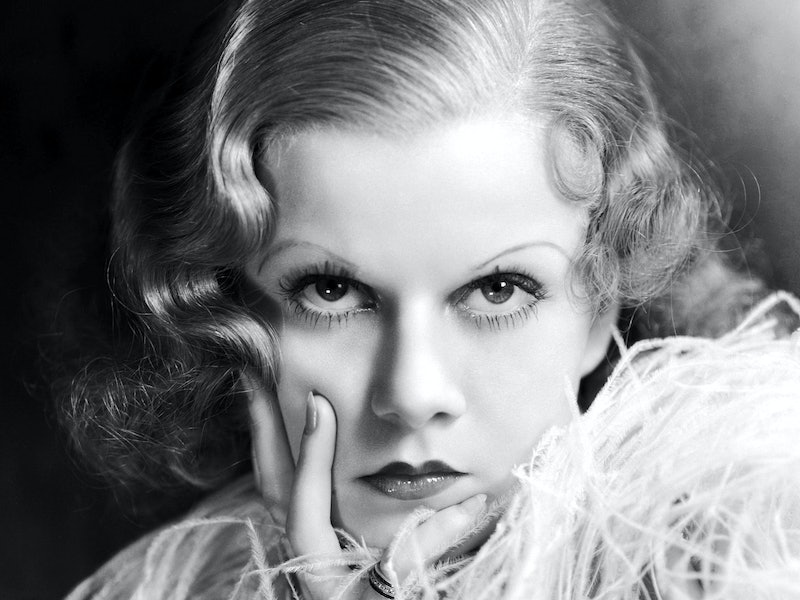 If somebody refers to you as a " femme fatale, " it might not be a compliment. The term, literally translating from French as "disastrous or deadly woman," means a woman who uses her sexuality as a means of co-opting power from men, often resulting in their doom. It first showed up as a phrase in the mid-1800s — which, as we'll see, was when the idea really flowered in European literature — but the idea itself, of a seriously dangerous seductress, has been part of many cultural traditions for thousands of years. Female sexuality problematic? Well, I never.

The idea of the femme fatale is actually a pretty diverse one. Some femmes fatales cause disaster simply by being themselves; Helen of Troy is arguably a femme fatale, bringing about the greatest war of the mythic ancient world, while Agatha Christie's detective Hercule Poirot encounters a femme fatale, Marguerite Clayton, who is entirely ignorant of the effect she has on men in The Mystery Of The Spanish Chest. However, the more accepted definition is that a femme fatale causes havoc on purpose, and usually for the sheer joy of it. It is, as you can imagine, a pretty misogynist concept.

So where did the idea of the femme fatale come from, and why have we had it as part of our culture for so long? Take a trip with me through the dangerous females who've studded human culture for thousands of years. Chances are they'd all be excellent company at a party.

The Femme Fatale In The Ancient World

Chances are the first thought that comes to mind when you think of femmes fatales in ancient civilizations is Cleopatra. But that may actually be due to a hatchet-job by later historians, who painted her as a temptress capable of seducing two of the most powerful men in history — Marc Antony and Julius Caesar — with her wanton, foreign wiles. This is, as you may have guessed, a racist, sexist depiction that emerged from Roman history and was set in stone by sexy interpretations by Liz Taylor and Claudette Colbert at the movies. It actually seems like Cleopatra was a shrewd operator rather than a sex-mad seductress. If you want to see the real femme fatale in ancient history, you have to delve into myth.

One of the most famous femmes fatales in any ancient civilization is Innana or Ishtar, a female character in the ancient Babylonian tale The Epic Of Gilgamesh and one of Mesopotamia's most prominent goddesses. Innana made Aphrodite and other love goddesses look like amateurs; she wanted the hero Gilgamesh to be her lover, but he responded,

Your lovers have found you like a brazier which smoulders in the cold, a backdoor which keeps out neither squall of wind nor storm, a castle which crushes the garrison, pitch that blackens the bearer, a water skin that chafes the carrier.

Ishtar, utterly infuriated by the rejection, declared war on Gilgamesh, because femmes fatales do not take rejection lightly.

The ancient Mesopotamians didn't have the monopoly on goddess femmes fatales, either. The Greeks and Romans had their own mythology of dangerous female sexuality. The Sirens, who tempt Odysseus to swim off his ship and be torn to pieces on their island in the Odyssey, are a prototypical example, and Medusa, most famous for being the terrible monster with snakes for hair, was originally a great but proud beauty cursed by Athena to turn men to stone rather than quivering piles of desire. Female sexuality was pretty problematic to the Romans: the poet Ovid was exiled for his sexually frank poetry about the real sex lives of citizens by the emperor Augustus himself.

When it comes to stories about dangerous, tantalizing female sexuality, monotheistic religion has some doozies. Lilith is the classic one: in Judaic tradition, she was Adam's first wife, but was ultimately cast out of Eden when she demanded equality, and went on to become a demonic creature with an outrageous sexual appetite who gave birth to devils. Charming.

In Biblical tradition, Judith and Salome compete for the femme fatale label. Judith, as described in the Book Of Judith, snuck into the tent of Assyrian general Holofernes and beheaded him; she's a hero, but is often depicted as a problematic figure who used her sexuality to help her in her quest. (Caravaggio and other famous painters loved to show her in her gory glory.) Salome, of course, was the dancer who demanded the head of John The Baptist on a platter as a reward for her sultry performance in the court of King Herod. Female sexuality as victor over male virtue: tick.

The Femme Fatale In Medieval Europe

In rigorously Christian medieval Europe, the idea of wayward female sensuality being used for trickery was a pretty widespread one. It popped up in popular fiction, folklore, and plays all over the place. There was, for instance, a popular satirical trope of a "wayward nun," a nun who'd gone completely off the rails and started luring men in with her sexuality. When women are meant to be meek, demure, modest, seen and not heard, that's as flagrant as you can get.

Other femme fatale figures popped up, too, often making fun of women's potential sexual deviancy and power. Frau Minne, a sexy figure found in medieval German poetry, does extraordinary stuff, like shaking young boys out of trees and trapping lovers in bird-traps. In the Celtic tradition, there's Morgan Le Fay, who we now know as the prototypical femme fatale in the tale of King Arthur: her legend seems to have emerged from early Celtic folklore, and evolved in the medieval period to make her an complex, jealous temptress spurned by Lancelot.

And then, of course, there were witches. It was a medieval idea that women with a serious sexual appetite were much more likely to be taken over by evil, and a lot of lore about medieval witches was pretty sexy, including congress with the Devil himself and his "assistants," and naked Witch Sabbath rites. These femmes fatales weren't just seen as seductresses; they were genuinely dangerous and outlawed.

The 19th century was when the femme fatale we know and love today really came into its own as a literary figure. Books and poems — all written, obviously, by dudes — featured women whose powerful sexuality pulled kind men into utter destruction. The prototype is Keats' La Belle Dame Sans Merci , who puts men in her "thrall" by luring them into her arms. But there are a lot of others. Emile Zola's "Nana" wasn't a mythological figure, but an actress and seductress in Paris whose sexuality kept getting her and her lovers into horrible trouble.

And then there were the horror femmes fatales. Before the sexy undead ladies in Bram Stoker's Dracula, there was Carmilla, the creation of Joseph Sheridan de Fanu, an ancient, beautiful female vampire who mysteriously befriends an innocent young girl in order to suck her blood (obviously). Carmilla also hits on her protege, including a dose of lesbianism in the "fatal female sexuality" mix. Femmes fatales really took hold of art at this point, too, largely due to the French artist Gustave Moreau, who was obsessed with painting every example of the idea that he could get his hands on. The Pre-Raphaelites, from Dante Gabriel Rossetti to John William Waterhouse, absolutely loved them, too.

The Evolution Of The Hollywood Femme Fatale

The "classic" femme fatale as we now know it probably dates from 1920s-1940s Old Hollywood, where the character went through a number of evolutions. In the silent film era, femmes fatales were normally foreign, dramatic creatures who preyed overtly on men; the actress Theda Bara, with her piercing stare and electric presence, was the first "vamp" in American cinema.

The idea of the foreign charmer didn't lose its hold for a while. Both Greta Garbo and Marlene Dietrich — archetypes of the high-cheekboned, threateningly beautiful woman — played Mata Hari, the seductive real-life spy executed in World War I for spying, in films in the '30s. It was only in the '40s, with the development of the film noir genre — hardbitten detective drama — that the idea of a native-born femme fatale really took root. Femmes fatales like Lana Turner in The Postman Always Rings Twice and Barbara Stanwyck in Double Indemnity looked like angels, but used their golden sexuality to pull men into deep despair. The prototype, though, was Mary Astor in The Maltese Falcon as the sensual, morally ambiguous client who involves Humphrey Bogart in a deadly conspiracy.

We clearly still love a femme fatale these days, but we're much more nuanced about what it actually means. Why, just this Halloween, Heidi Klum dressed up as one of the most famous femmes fatales in the world for Halloween: Jessica Rabbit, a hyper-sexy cartoon character dreamt up as a satire of the entire idea for Who Framed Roger Rabbit. "I'm not bad, I'm just drawn that way," she croons.

But mostly, when the term pops up today, it tends to be used in court cases: Amanda Knox dealt with the moniker during her sensational trials for murder. But the idea has never really died. Femmes fatales have popped up recently in Spring Breakers, Eva Green's character in Penny Dreadful (actually, Eva Green's character in anything), Guillermo Del Toro's recent film Crimson Peak , and several of the characters on Game Of Thrones. Hell, it's even the name of a Britney Spears perfume. And with the revival of David Lynch's Twin Peaks, we'll soon have another incarnation of one of the most prominent femme fatales of modern times, Sherilyn Fenn's Audrey Horne, on our screens again.