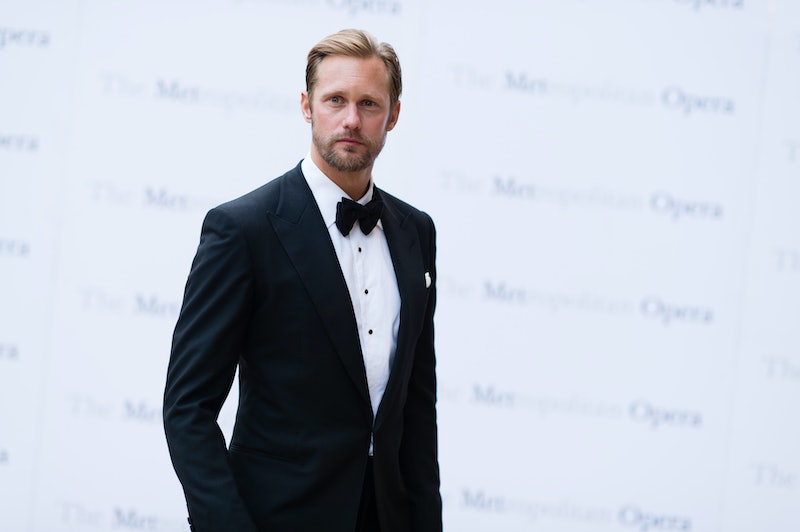 When it comes to hot guys in Hollywood, Paul Rudd and Alexander Skarsgard have to be at the top of the list. I know it seems a bit random, but think about it: have you ever really seen photos of either of them and thought, "Nah, they're not that handsome"? I don't think so. Not only are they aesthetically pleasing, but they also happened to be really talented actors (which is, I suppose, the point), and now they're actually teaming up to work together on a movie. You heard me right: Skarsgard and Rudd have signed on for Mute , a sci-fi thriller from Duncan Jones. If that's not the best news you've heard all day, well, then... you've obviously had an even better day than I have.

Entertainment Weekly reveals that Mute follows mute bartender Leo (Skarsgard) as he searches for a loved one in an immigrant-filled Berlin set 40 years in the future. He eventually discovers clues that lead him to an American surgeon duo, one of whom is played by Rudd. Shooting for the movie isn't due to begin until March 2016, but I'm already excited based on that small synopsis alone, so I can't imagine how amazing the actual thing will be.

Jones, who co-wrote Mute with Mike Johnson, released a statement on Tuesday expressing his excitement to get the project off the ground after so many years of hard work. "I’ve been working towards making Mute for 12 years now. I cannot tell you how thrilled I am that we’re finally going to shoot this utterly unique film," he said. "The fact that I get to make it with Alexander Skarsgard and Paul Rudd makes it all the more exciting! Mute is a film that will last. It is unlike any other science fiction being made today."

Mute certainly sounds like a promising premise, and certainly one that will resonate with fans of sci-fi and dystopian thrillers. Chances are, we won't get to see it until at least 2017, so we've got a while to wait, which is torture, especially because you know it's going to be so, so good. I suppose there's no better time to start practicing our patience. At least Rudd and Skarsgard have other movies we can re-watch in the meantime, right?