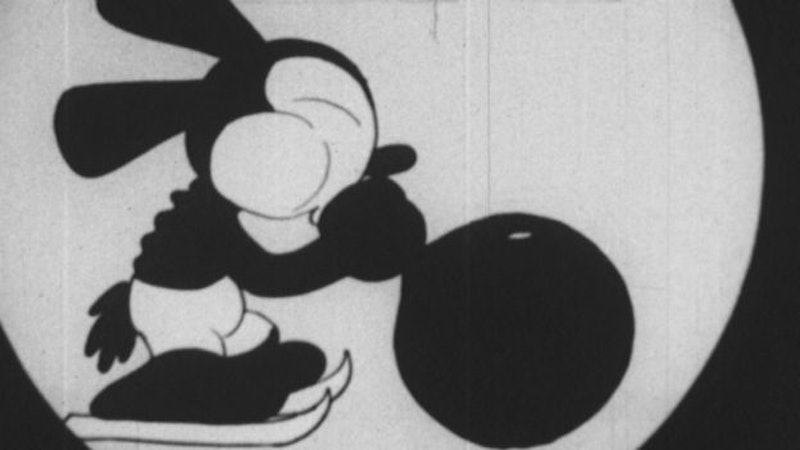 Chances are, you've probably dozens of Disney movies throughout your life. If you're a particularly big fan of fairy tales and animation, you may even have seen all of them — or so you thought. Walt Disney was in the cartoon business from 1920 onwards, and it turns out, there's at least one of his works that proved rather elusive... until now. A researcher looking through the British Film Institute's online archives discovered the lost 1928 Disney film Sleigh Bells , which just so happens to start the first ever Disney character, Oswald the Lucky Rabbit. Imagine being the one to find it!

The British Film Institute described the re-discovery of Sleigh Bells as a "joyful treat," and while we've seen Oswald before, this six-minute short film hasn't been seen since its release, more than 80 years ago. Because of this, the BFI have decided to hold a world premiere of the remastered version of the film at BFI Southbank in London on December 12, which will certainly be a treat for anyone who loves and appreciates Disney's work. After all, Oswald was the precursor to the infamous Mickey Mouse, so he's pretty important in his own right, I think we can all agree. In other words, Sleigh Bells is a must-see.

It's crazy to think that Sleigh Bells has just been sitting, fully preserved, in BFI's back catalog. It's the only surviving print of the movie, so it was pretty lucky for the researcher who happened upon it. Robin Baker, head curator at the BFI National Institute, expressed his enthusiasm for the discovery and restoration in a statement issued on Wednesday.

"What a joyful treat to discover a long-lost Walt Disney film in the BFI National Archive and to be able to show Sleigh Bells to a whole new audience 87 years after it was made. The restoration of this film will introduce many audiences to Disney's work in the silent period - it clearly demonstrates the vitality and imagination of his animation at a key point in his early career."

I've always been a massive Disney fan (my favorite is Snow White, in case you were curious), so I'm fascinated by the early days of the animation company's work and love seeing how far it's come in the past century. Sleigh Bells is a fantastic discovery, so while I might not be able to make it down to London for the premiere, I'll definitely find a way to watch it soon.