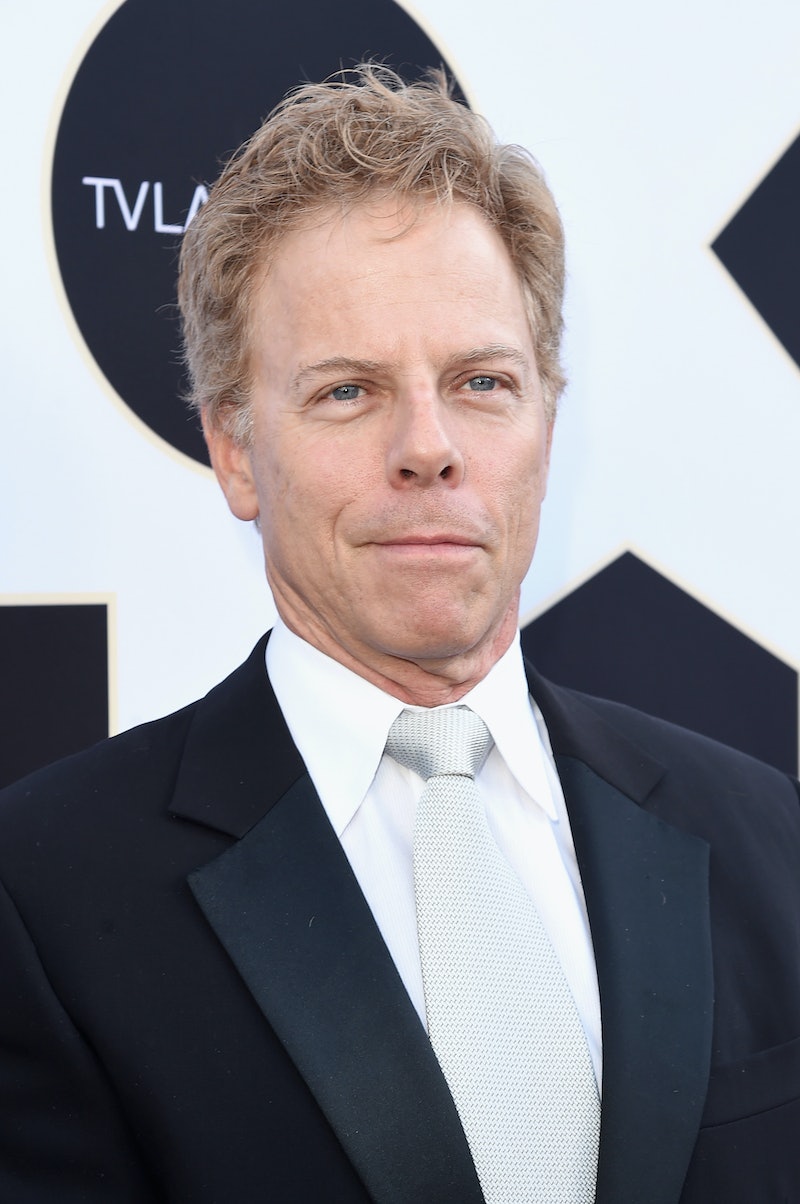 Ooh, now things are getting rather juicy. As we get further and further into Once Upon A Time Season 5, more threads are unraveling and oh man, is it getting good. While it's still a bit early to tell, most signs are pointing towards the second half of the season — that is Season 5B, which will begin airing in March, after the winter hiatus — being focused on a visit to the Underworld. Which character (or characters) will be headed there remains to be seen, but if we're going to hell, we're going to need to meet the devil — and now that Greg Germann has been cast as Once 's "Distinguished Gentleman", that just might be in the cards.

ABC refuses to confirm many details about the "Distinguished Gentleman", but we do know a few things that all point to a rather devilish addition to the show. The casting call described the character as "a mysterious figure with god-like powers who is always clad in a perfectly tailored suit" and the kind of person who's able to "strike fear into people just by being friendly." He's also said to be "the last person you ever want to share a drink with." Sounds promising!

We already know that executive producer Eddy Kitsis described the second half of Season 5 as "hell," and it's becoming clearer with every passing day that he likely meant that literally. Not only will we end up meeting Hades and probably more of the Furies, but recent casting calls have pointed towards the possibility that we'll also encounter Hercules and Megara at some point, as well. It's a clever turn of events, particularly because it's one of the Disney stories we haven't covered, and it's actually based on classic Greek mythology.

The guest-casting roles up for grabs at the moment are described as a "dashing, strapping young man" who's "single-minded in his pursuit of his destiny: to be the greatest hero who ever lived" and a "plucky, 18-year-old female adventurer with a sly sense of humor and a tough, no-nonsense spirit." Yeah, we're definitely going to be going to the Underworld.

I know it's not everyone's cup of tea, but I have to say that I've been loving Once's fifth season. It's been fast-paced, clever, and a real twist with having the Savior go Dark, and it's great. Seeing these casting announcements just make it even more exciting, and I can't wait to see what's coming.