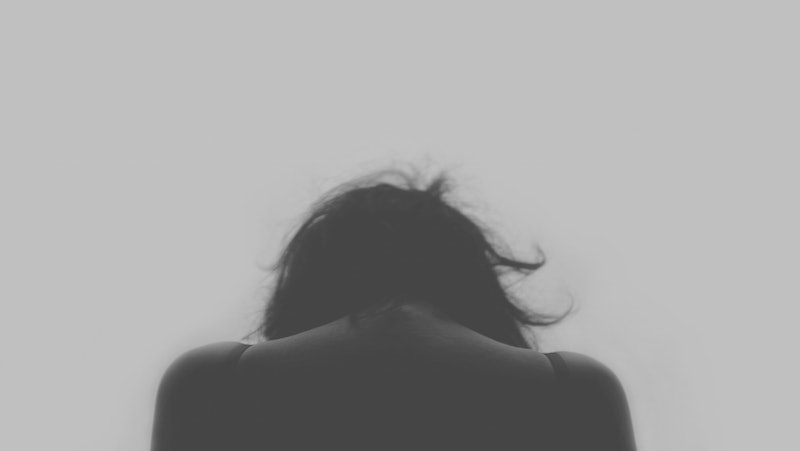 “I’m seriously so depressed,” a friend said to me last Sunday night. She was irritable about the weekend being over, and didn’t want to go to work the following morning. Though I was certain she wasn't clinically depressed versus just feeling sad, I got where she was coming from — in fact, many of us have probably said the same thing on occasion. We say these sorts of phrases without even thinking twice. The word “depressed” has somehow morphed into our vocabulary to be used at our free will. But when you stop and really think about what it means to be depressed, it carries such a heavy and serious weight.

We can all collectively agree that there has been a time in our lives when we’ve felt deeply sad. Perhaps we've lost a loved one, or were fired from a job, or failed an important course in school. But, how can we tell sadness from depression? And, when should we go to someone to get help or let the sadness pass?

It may sometimes feel hard to differentiate depression from sadness. For instance, both states of mind are synonymous with a down-and-out mood and a feeling of emptiness. However, according to the Anxiety and Depression Association of America (ADAA), while sadness is a normal human emotion, depression is a serious mental health condition that is, generally speaking, caused by a chemical imbalance in the brain. Depression isn’t something completely rare, either. According to the ADAA, depression affects about 17 percent of all adults during their lifetime.

Here are seven of the primary defining symptoms of depression to help you understand the illness' difference from regular feelings of sadness.

1. You've Completely Lost Interest In Activities You Once Enjoyed

Those who are clinically depressed often show a sudden lack of interest in anything around them, according to the ADAA. Losing interest in certain activities does not allude to things you’ve simply grown out of. (An example: Maybe you loved soccer as a kid, but now want nothing to do with the sport.).

Rather, this refers to core things that have generally made you happy throughout your life. If being around your family has always brought you joy, and now you’d rather curl up in bed that spend a moment with them, this is the kind of thing health professionals are referring to. Basically, things that once brought you pleasure now feel like just another burden in your daily life, according to the National Institute of Mental Health.

2. Your Weight Has Changed Suddenly & Drastically

Often, those who show signs of depression are also changing their eating habits, and therefore weight changes are apparent. And this happens without trying to diet or exercise. So, for instance, according to the National Institute of Mental Health, food might completely lose its taste, or might be overeaten as a means of handling frustration. Also, the weight changes generally come within a short period of time. Generally, this means about five percent of body weight in about a month, according to Blue Cross Blue Shield. It's important here to mention that everyone gains and/or loses weight over their lifetime, and neither things are inherently "good" or "bad," despite the societal standards we've been taught to believe. However, if you've noticed a drastic, sudden change in your weight and are experiencing feelings of hopelessness and emptiness, it may be worth taking notice of.

3. Your Sleep Habits Are Different

For someone who is clinically depressed, this could mean either you now are experiencing an inability to sleep, or oppositely are sleeping excessively. According to the National Institute of Mental Health, a “good night’s sleep” becomes nearly impossible for those suffering from depression. These people often find themselves waking up in the middle of the night contemplating how they will overcome certain obstacles. Others will sleep for a seemingly endless amount of time, without ever feeling fully rested.

4. You Have An Overall Feeling Of Fatigue

It’s one thing to feel exhausted after the weekend, or after a late night. But depression is directly associated with chronic fatigue and energy loss — a feeling that is undeniably unique from being a bit wiped. Fatigue is like taking that feeling of sleepiness, and accompanying it with a lack of desire or ability to do anything at all. It also lasts much longer, and drains a lot more out of you by diminishing your energy and mental capacity.

In addition to not having the urge to do things, those who are depressed also find it difficult to concentrate, according to the National Institute of Mental Health. This lack of concentration can deter you from accomplishing any of your necessary tasks for the day. At the same time, depressed individuals often find it harder to make decisions than ever before and more difficult to remember things.

6. Your Overall Mood Has Changed For The Worse

Have you noticed that you’re now constantly irritated by everything around you, or you feel restless no matter what you do? Similarly, you might be experiencing regular feelings of worthlessness or even guilt for things you shouldn’t feel guilty about, according to PsychCentral. Again, this doesn’t constitute fleeting feelings of this nature, but rather, long-term ones.

Additionally, depression is linked to feelings of self-loathing. According to Dr. Simone Vigod, a psychiatrist at Women’s College Hospital in Canada in an article for Women's Health Matters, “Depression is characterized by negative thoughts about yourself, about how you perceive the world and how the world perceives you. So someone who is in the throes of a depression will interpret something in a negative light when it could have been interpreted in many ways.”

7. You Are Having Regular Thoughts About Death Or Suicide

Thoughts of death and/or suicide are the most obvious of differentiating factors between depression and sadness. This could mean that you’re finding yourself frequently thinking about causing your own death or about your own death in general. Even if you haven’t thought out an exact suicide plan, thinking about suicide alone is a red flag for depression, and should not be taken lightly, according to Suicide Awareness Voices of Education. Additionally, if you’re come up with a specific plan or have had a failed attempt, you should seek professional help immediately.

Now that you are well versed on the defining characteristics of depression, if you or someone you know seems to fit the bill for depression, seeking help is crucial. Help can be found via the following ways, according to the National Institute of Mental Health: