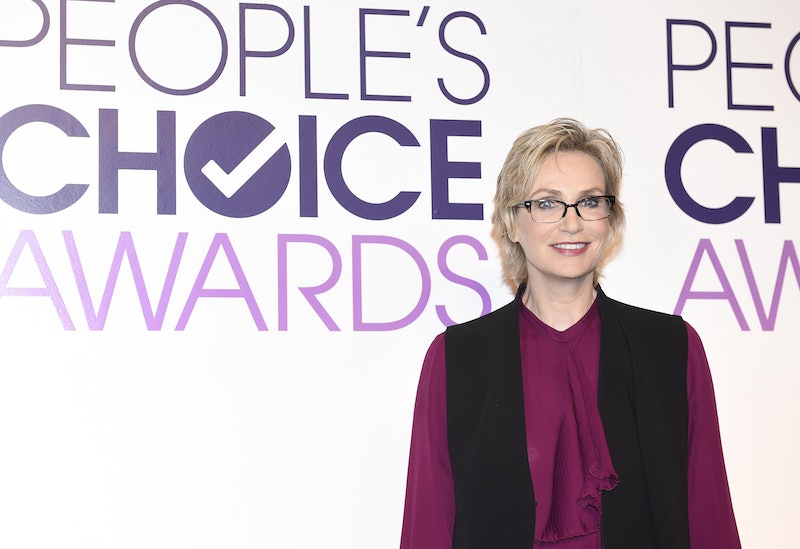 The People's Choice Awards have been on television since the dawn of time — well, 1975 to be exact... but same difference. There have been great sketches, hilariously thought-out musical performances, and a wide variety of hosts. From Charlie Sheen to Queen Latifah, no one in Hollywood is outside the realm of possible future hosting duties. This is why it is one of the most widely unpredictable award shows on television, and the entertainment event to look forward to each year. And, considering the People's Choice Awards nominations were announced Tuesday, it's the best time to highlight some of the greatest moments from this show over the years.

Over the years, award shows haven't always been given the greatest rep. From the crazy antics to the sometimes corny jokes, it's hard to find the gems hidden within each show. Although great moments might sometimes feel few and far between, awards show do provide us with some of the funniest commentary and sketches all year. Without them, we may have never harnessed such classic gems as,"What's good, Miley?" or the ever popular, "I'mma let you finish but..." Award's shows are the gift that keeps on giving year after year.

This sketch has to be one of the funniest awards show opening sequences ever done. During the year Kaley Cuoco hosted, she used her co-stars to help open the show in the funniest way. The short sketch involved the cast in character pretending to vote for the awards show.

Chris Evans can do no wrong, and, at last year's awards show, he proved it in the cutest way. When Betty White was going up the stairs to receive her award, Evans got out of his seat to help the actress up to the stage. It doesn't get much sweeter than that. Unless, of course, he had done it in his Captain America outfit.

When Beth Behrs and Kat Dennings hosted the 2014 awards, there was no shortage of laughs. One of the best moments came when the two broke into a slightly karaoke-like segment in which Behrs did her best versions of songs that included, "Before He Cheats," "Wrecking Ball," and, my personal favorite, "Baby Got Back." Mic drop included.

You will never look at Paranormal Activity the same after watching Queen Latifah's hilarious spoof on the movie. It involves a sex tape, Cloris Leachman, and Queen Latifah in pajamas.

Newly married Justin Timberlake gave a speech that included his gratitude to his fans, and, especially, wife Jessica Biel, for teaching him a few things. Including "how to put the dishes in the dishwasher." The speech was absolutely adorable, and reminded everyone exactly why we love Justin Timberlake.

More than 20 years after Jurassic Park won the award for "Favorite Motion Picture," Jurassic World is up for Favorite Action Movie for this year's award show. The movie was the first of its kind and was a staple in Steven Spielberg's career, so it will be exciting to see how the newest flick in the franchise does this year.

In typical Morgan Freeman style, he used his award to educate everyone on the meaning of the word "icon." While this seems kind of strange, he explained that one of the definitions of an icon is being representative of something. He went on to say that he hopes he represents "a working actor who is so incredibly proud to be in this business. Humbled and honored to be mentioned in the same category as my fellow nominees, and forever grateful for this honor."

Sandra Bullock just might go down as the classiest actress to ever live. She is always full of such grace and elegance, and added a bit of humility to her humanitarian awards speech in 2013. Speaking of her humanitarian work in New Orleans, she said, "I am only able to do what I do, because you allow me to do what I do. And that is to write a check and be a cheerleader."

This awards speech may have been the most visibly uncomfortable moment of all the speeches out there. Not only did they win best onscreen chemistry, but the two made mention of their previous off-screen romantic relationship — which ended prior to the show. Luckily, Somerhalder saved the day with a sweet platonic kiss on the cheek, and all was well that ended well.

The two former Two and a Half Men stars hosted the show in 2004. This year was full of a good dose of self-deprecating humor, and enough hilarious one liners to last a lifetime.

The amount of times Kevin James has done something to improve the quality of human life just by his mere presence at an event is uncanny. This wasn't just any bear suit; it was more like a fur skin dress, with a bear head jutting out of the side. Kevin James for the win... as always.

This years show is promising even funnier sketches and outrageous acts, which is definitely possible considering Jane Lynch is taking over hosting duties. As long as there is at least one Glee like performance, all will be right with the world,