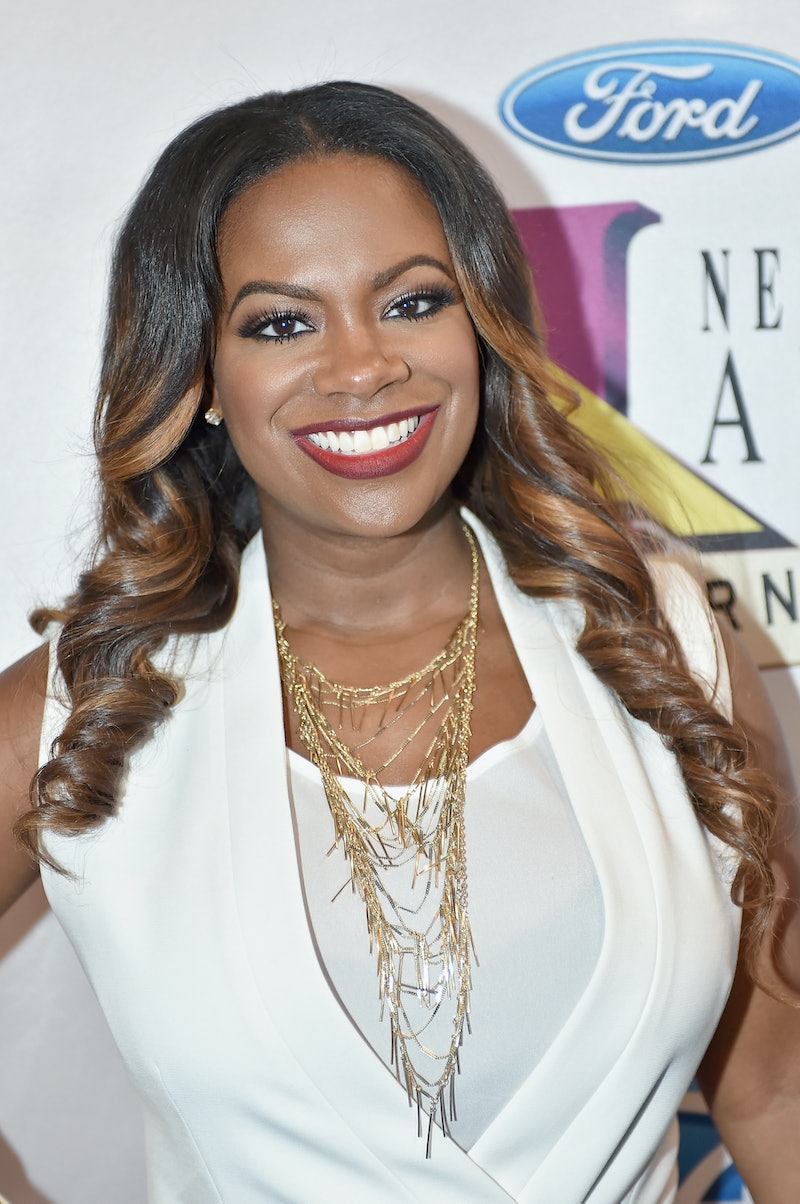 If you're a fan of The Real Housewives of Atlanta, I have some exciting news for you. During a Tuesday appearance on The Rickey Smiley Morning Show, it was revealed that Kandi Burruss is having a baby boy with her husband Todd Tucker. She also confirmed that the two are definitely not having twins, because I guess those rumors have been circulating? Whatever the case, they're both overjoyed. She said on the radio show, "We both got girls now so we really wanted a boy." As for names, well, that's another story.

Per Burruss, neither she or Tucker can agree on a name. You might be thinking, "Why don't they just name him Todd Jr.?" That is the obvious choice, but Burruss said she's not a fan. With that said, she is open to any and all name suggestions, because she and her husband continue to go back and forth, even though they do have names in mind. She said, "We can't agree on names right now, we're going back and forth." Burruss added, "So if anybody got some good names tweet them to me and help me out."

I'm sure they'll come to agree on a name eventually, but maybe it's best for them to wait and see their son before deciding. Sometimes that's the trick.

Burruss and Tucker announced they were expecting their first child together in July. Upon the announcement, they told E! News, "We're so thrilled to announce the news of our bundle of joy, it's a dream come true."