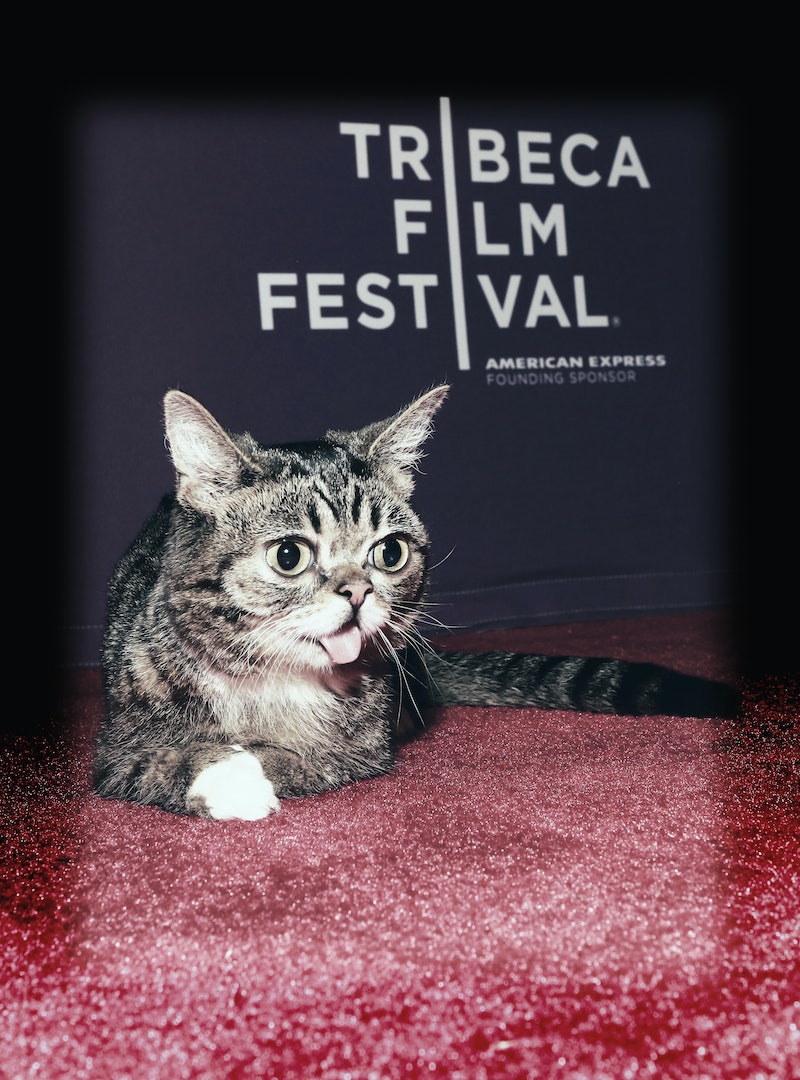 Do you know how much I love Lil Bub? Endlessly, really — she is the best thing to happen to the Internet since the Internet was first created, and probably the reason that it's done so well in the past two years. Where would we be, as a society, without Lil Bub? What would even be the reason to log online every day, if not for the mere prospect of coming across a new Lil Bub picture, or even better, a video? Exactly. There would be none. (Except maybe for that video of a sloth giving a woman a flower as a gift, because oh my God, that is the cutest thing ever.) Anyway, that said, this is without a doubt the best video you will see today and you can trust me on that because I am obviously not biased about Lil Bub in any way — I just speak the truth. In a new clip for the Humane Society of the US, Lil Bub's owner Mike Bridavsky explains her origin story, and just how she came to steal the hearts of millions across the globe two years ago.

It's super sweet, and at one point, it even looks like Mike is close to tears just being in Lil Bub's presense. Me too, dude, me too.

As previously reported, Lil Bub will perform with Keyboard Cat at the Puppy Bowl Halftime show next month, because dreams really do come true sometimes.

Check out Lil Bub's video below.