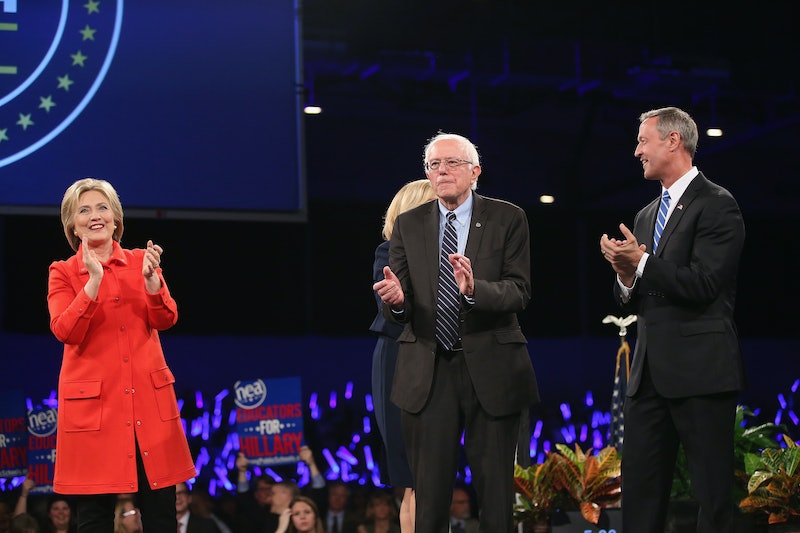 On Nov. 14, the three major Democratic candidates for the presidency will debate on domestic and foreign policy in Des Moines, Iowa — the same state which will host the first Democratic caucus on Feb. 1. With the primary still months away, the presidential hopefuls are all hoping their performances at the debate will sway Iowa voters. CBS News and Twitter will co-host the second Democratic presidential debate of the 2016 campaign season. This will be the first time Twitter has participated in a presidential debate, and it should provide a fascinating insight into modern politics. The move to integrate social media directly into viewers' experience will probably affect how long the event will be. But if the last debate was any indicator, it will probably run about two hours.

The debate begins at 9 p.m. ET, and will air on CBS. Hillary Clinton, Bernie Sanders, and Martin O'Malley are the only remaining Democrats in the race. But while the Republican side has turned out to be as exciting as your favorite reality TV show, as the Democrats have pushed onward, there have been fewer surprises. Clinton, with 56 percent of support in recent polls, still leads the group, with a 20-point lead over Sanders. O'Malley's support has grown, but only by a small margin, and his poll numbers hover around two percent.

Odds are, with only three debaters, each person should have a good deal more time to explain their views and respond to questions. After the first debate in Las Vegas, The New York Times reported that Clinton received almost twice the talking time O'Malley got.

The length of the event may be affected by viewer questions and reactions. Those watching on TV will see live tweets and polls while the candidates are speaking. “As the 2016 presidential election cycle begins to heat up, we’ve seen more and more voters across the country join the live presidential debate conversation on Twitter, which is why we’re incredibly excited to be partnering with CBS News in Iowa,” Adam Sharp, a representative of Twitter, said in a statement. It's an exciting way to involve viewers in the political process.

Please, tweeters — just don't ask Hillary about Benghazi. Sanders has heard enough about those "damn emails" (and so have the rest of us).