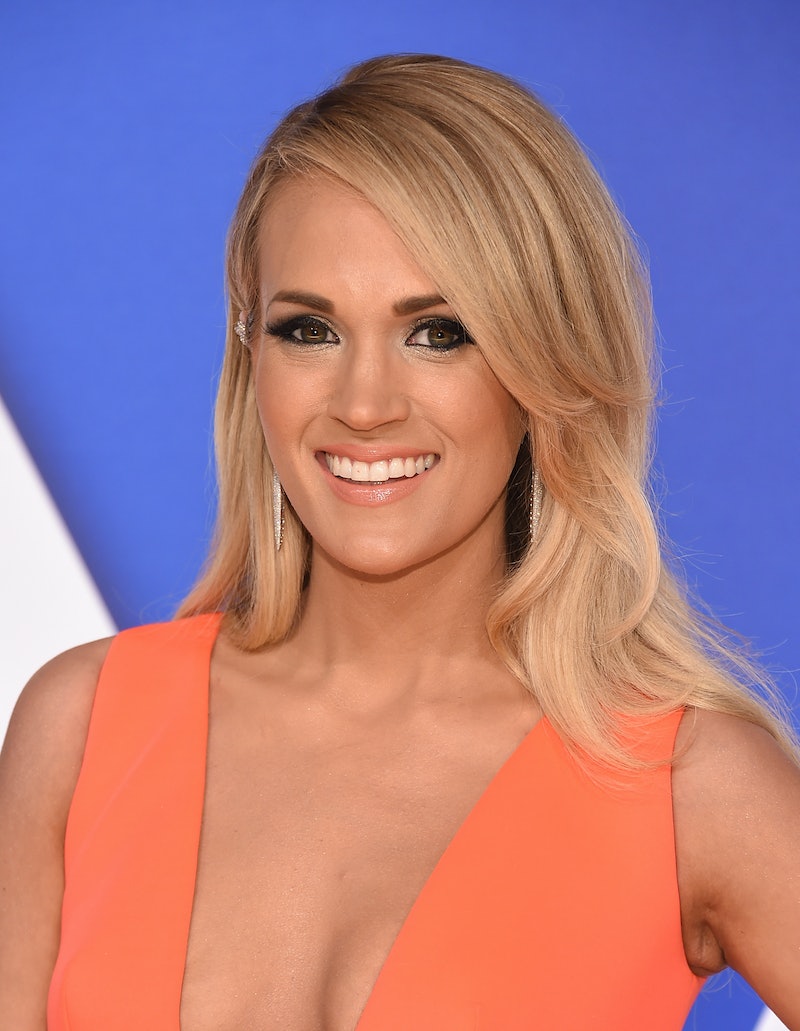 If you enjoyed the 2016 Country Music Awards this week, you're going to love this. As much as it's possible to love country music, it's just as possible to hate it, and how do people make that hate known? Twitter, of course. On Wednesday night's episode of Jimmy Kimmel Live, country stars read mean tweets that have been posted about them recently, and I have to say it — I'm pretty sure people are more rude to country music artists than any other kind. Not to say that it's not hilarious, of course, but the segment did provide a nice contrast to the celebration of country as a genre that is the CMAs, and not even the show's hosts, Brad Paisley and Carrie Underwood, were immune.

Some of the tweets were way meaner than others. For instance, some of them were just expressing mild distaste, like the person who was bored by a recent Underwood concert because it didn't have enough soccer players — and yes, I'm just as confused as you are. But others were brutally vicious, like the Twitter user who wants to buy a ticket to a Little Big Town Concert in order to punch every member of the band in the face. Um, ouch? Fortunately, everyone seemed to take their mean tweets in stride, even if most of them were pretty insulting. But that's basically the nature of the Internet, where you can say whatever you want with virtually no repercussions.

My personal favorite tweet in the segment was the one directed at Hunter Hayes that said he's "so tiny he sleeps in a hot dog bun," which is the best kind of tweet, since it's funny without being too mean. And as a fellow short person, I can totally relate. Just in case country's biggest stars got a little too big for their britches after handing out awards to each other all night, this ought to be just the thing to take them down a peg.

Let this be a lesson to all of us: Not even people who get to take home shiny awards marking their success on a regular basis can escape mean people. Celebrities: They're just like us!

And for the record, Kasey Musgraves? I don't think you look like the "house band at Chili's." In fact, not once have I ever seen a live band at Chili's, but it's totally possible I was just really distracted by my chips and salsa.