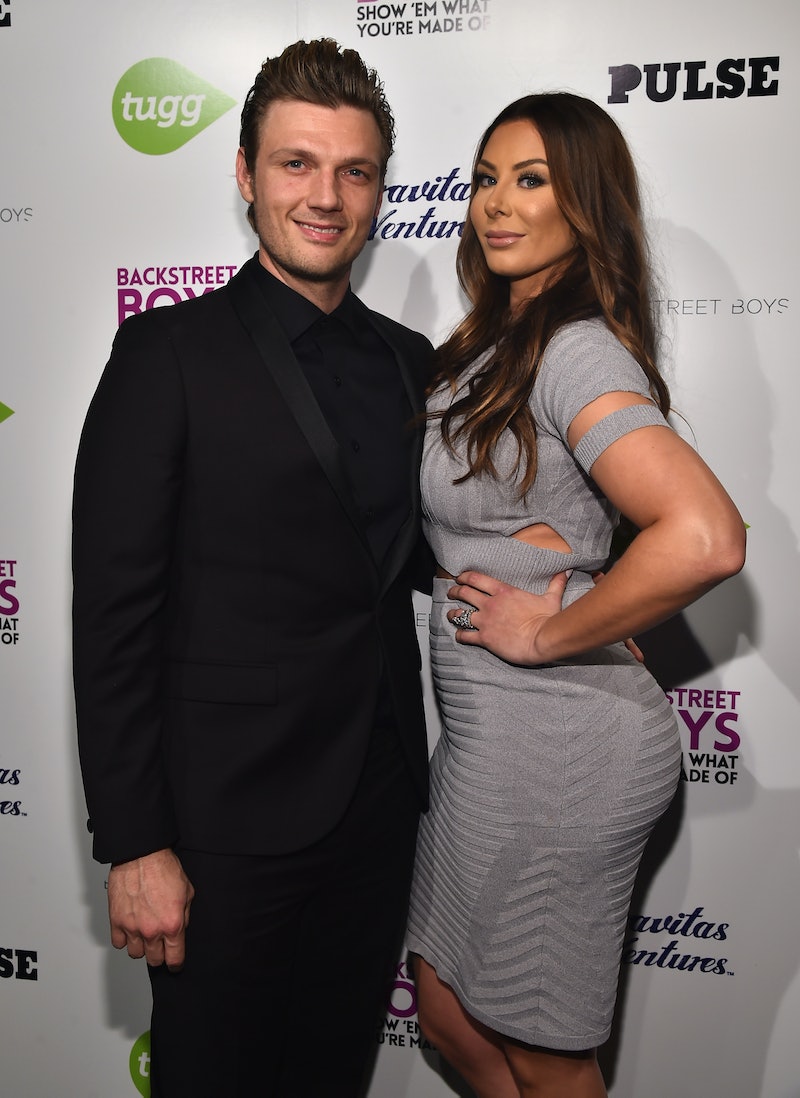 Everyone is waiting for the new Backstreet Baby. Ever since former Backstreet Boy Nick Carter and his wife revealed that they are expecting a baby, fans have been anxiously looking forward to the little bundle of joy's arrival. And of course, they have been making "Backstreet Boy" jokes all the while, especially after Carter announced they were expecting a son on Nov. 2. So, in the midst of all the hype and the chuckles, some of these fans might be wondering when Lauren Kitt is due.

When a source first claimed to Us Weekly that Kitt was expecting her first child, it was late October of this year. But according to reports, she did not find out about her pregnancy just the day before. According to Us Weekly, Kitt was already four months along. This makes sense considering the couple confirmed the pregnancy news themselves on Nov. 2, and you can't find out a baby's gender right away. Since it is still pretty early in November, it is safe to say that she still has about five months left to go, provided, of course, that the baby follows the typical nine-month pregnancy cycle. He's a Backstreet Baby, so who knows!

Kitt and Carter did not reveal the soon-to-be mom's due date, but based on how far along she is said to be, we can make an estimation that their baby will be here by late March or early April 2016. It will be a beautiful springtime gift, especially considering the tough times that the couple has gone through.

Carter revealed on the latest episode of Dancing With The Stars that the couple faced some issues while they were trying to conceive. In fact, Kitt had actually been pregnant once before, but tragically suffered a miscarriage. Carter said, "We’ve been trying to have a baby for about a year now. It’s been rocky, to be quite honest with you. There have been times when we thought it wouldn’t happen." Kitt added, "It was really hard on Nick. Just watching him get so excited about something, and see him get so hurt, it was hard." It definitely sounds like they had a rough year, but it sounds like now they are finally getting the joy in their lives that they truly deserve.

The timing is great not only because of the rough couple of months beforehand, but also because Carter's season of DWTS will be long over by then and it will give the pair plenty of time to focus on preparing for the baby's arrival together. You already know that they cannot wait for spring, and now, neither can anyone else!