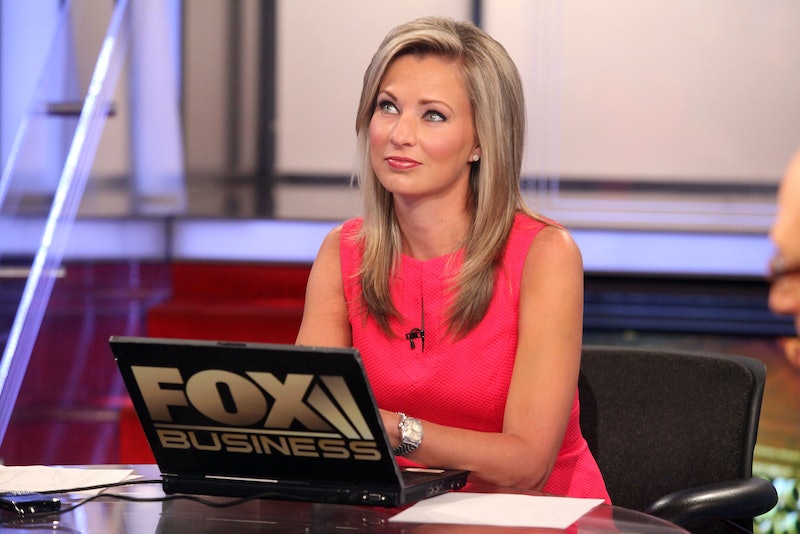 On Tuesday, the 2016 Republican candidates will convene once again for their fourth debate of the election cycle. This time Fox Business Network is hosting, in partnership with The Wall Street Journal, to facilitate a healthy discussion — or, more likely, dispute — on the U.S. economy. Like the last three debates, the Fox Business event will have two debates. While it might not attract the attention of the primetime event, the undercard debate is a crucial look at the underdog candidates in the race, and the moderators will have the important task of getting them to open up. So who is Fox Business Network debate moderator Sandra Smith, and does she have the chops?

Typically, those chosen to be debate moderators are seasoned journalists who are able to mediate with enough assertiveness to rein in the candidates if need be, without letting their own political beliefs get in the way. And Smith has an impressive resume.

She's Been Part Of The Fox Family For Almost A Decade

Smith joined the Fox Business Network as a reporter in October 2007, when the network first launched. Since then, she has appeared on several shows on the network. In 2009, Smith began appearing regularly on Don Imus' show Imus in the Morning, and has also appeared regularly on Fox Business Happy Hour, Red Eye w/Greg Gutfeld, and Hannity. In 2014, she joined the rotating panel on Fox News' Outnumbered, whose concept is four women and one men discussing current events and cultural issues.

Before arriving at Fox Business, Smith was a television reporter for Bloomberg Television, her first position in journalism. For her beat, Smith covered U.S. equities and derivatives markets, providing analysis and reporting breaking news.

Before she became a journalist, Smith had a promising career in finance as Director of Institutional Sales and Trading at Terra Nova Institutional, a brokerage services firm where she was in charge of investment management and hedge fund accounts. Before that, she worked as a trader at investment fund and asset management company Hermitage Capital Management and as a research associate at Aegis Capital Group, a specialty private equity firm.

Though she may be relatively new to journalism, Smith clearly has the financial expertise to be able to ask the candidates relevant and hard-hitting questions on the economy.