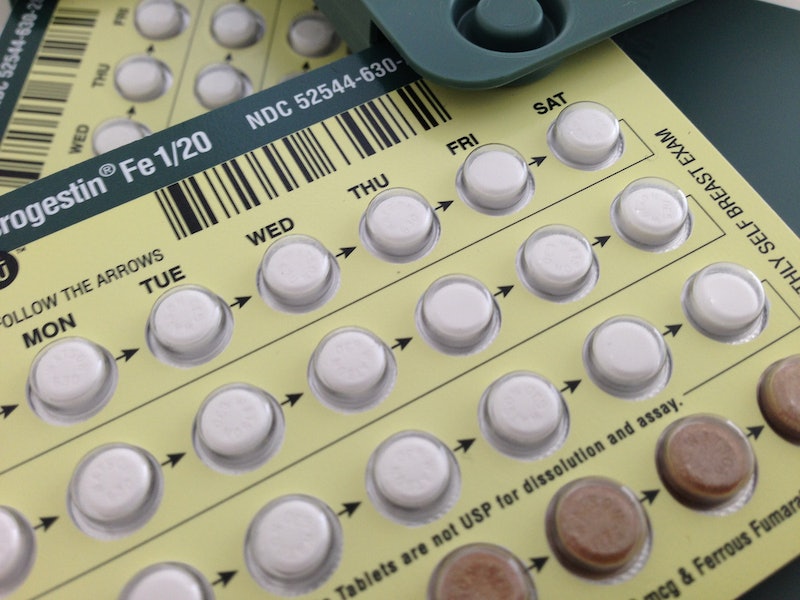 You probably won't be surprised to hear that there are a lot of myths about pregnancy out there. (Sex education in the United States is... well, not great, to say the least.) In order to set the record straight, though, Dr. Lindsey Doe of Sexplanations tackles this very subject in her latest video. She's hopping mad about it — but not at us for believing these myths. She's mad that so many people have been given false or incorrect information about sex and pregnancy, so she's stepping up to the plate to do something about the problem.

Touching on the sad state of sex ed in America, we really are still living in the past when it comes to this stuff. According to the prestigious Guttmacher Institute, only 13 percent of teens in America have had any type of formal sex education by the time they're 15. A full third of young adults have never received any education about contraceptives, and scariest of all, 75 percented report knowing little to nothing about birth control pills. 41 percent also reported not knowing much or anything about using condoms.

Are you mad now, too? Let's look at five of the myths Dr. Doe tackles about contraceptives to spread some much-needed information around. Make sure to watch the full video below to see all 10!

1. MYTH: You Shouldn't Have Sex While You're Pregnant

I've heard a lot of people say they're scared of hurting the baby through sex during pregnancy. But in reality, you can have sex when you're pregnant! In fact, one might even argue that you should have sex while pregnant, since there are benefits to doing so — one being that it often is more pleasurable for women. The only time you should avoid sex during pregnancy is if your doctor tells you to do so or if there are any complications that come about.

2. MYTH: You Can Stop and Start Pregnancy With Birth Control

Dr. Doe had one viewer write in saying that she thought you could stop and start pregnancy by using birth control. So, if you were three months pregnant and then took birth control, you could essentially keep your pregnancy at three months until you stopped taking it. In case you thought this was possible, birth control can only be used to prevent pregnancy, not stop or pause an existing one.

3. MYTH: You Can Get Pregnant From Hugging

Yes, this is something that people are actually being taught. Facepalm, am I right? One viewer reported learning in Catholic school that men and women's bodies are made to fit together perfectly. In their textbook, there was a picture of a man and woman hugging next to this information. So, the viewer figured that hugging a man could lead to pregnancy. But good news, everyone! Unless you're hugging someone during sex, you won't get pregnant from an embrace.

4. MYTH: You Can Get Pregnant From (Insert Activity Here That Is Not At All Related To Having Sex)

There are a lot of other things people think can make you pregnant, from inserting a tampon while in a relationship to sitting on a public bench, but they're simply not true. Again, unless you are doing these things while having sex, you don't need to worry that they will magically impregnate you.

5. MYTH: You Can't Get Pregnant The First Time You Have Sex

Did you believe any of these myths? Test your knowledge with the five additional misconceptions included in the full video below.