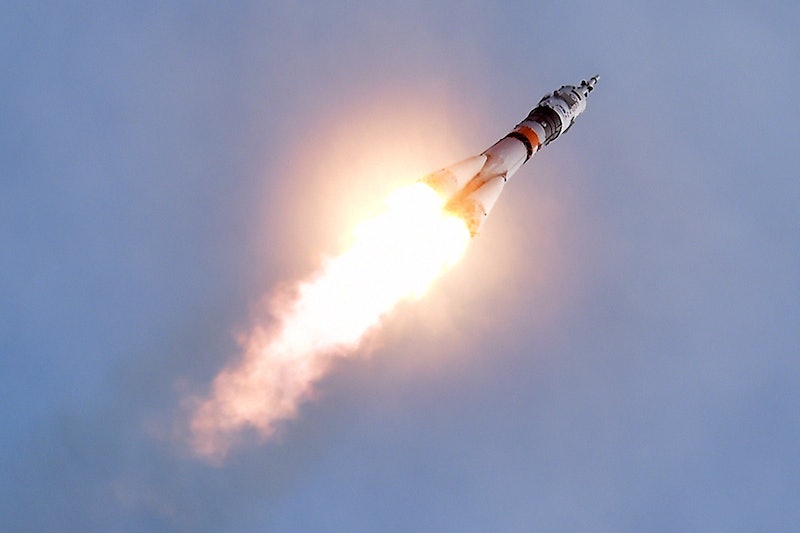 Who dreamed about being an astronaut when they were a kid? Personally, I always sucked at math, which I understood from watching Apollo 13 a million times to be a vital part of a career as an astronaut. But that didn't stop me from making my own switchboards and spacecraft cockpits to play with at home (yes, I was a huge nerd). Well, for anyone who is really good at math and desires to be an astronaut, there's some great news out of NASA. The agency will begin accepting applications for their next manned space missions starting Dec. 14, 2015, and ending in mid-February of 2016. Of course, you need to be good at more than just math to make it into the astronaut program. It's a pretty intense process. But if this is your dream job and you think you have the chops, here's how to apply.

NASA announced that they are accepting a new class of astronauts to gear up for the return of manned missions that will depart from U.S. soil, and also in anticipation of eventual manned missions to Mars (!!). NASA has stated that the new astronauts who are accepted into the program "may fly on any of four different U.S. vessels during their careers," including the International Space Station, two commercial crew spacecrafts, and the Orion, a deep-space exploration vehicle. The Orion mission will be used to research how NASA could eventually bring manned spacecraft to Mars.

The applications will be accepted through www.usajobs.gov, but it's a good idea to check to see if you meet the basic requirements before opening up that app. For applicants without a piloting background, NASA states that the following requirements must be met:

Once candidates make it through the initial application round, they will go through another round of selection processes that may include a physical and hearing from references. Candidates who make it to the interview round will face a weeklong process that will include medical screening and an orientation. The candidates selected to join the program will then go through a thorough background check.

Once the candidates are selected and start the program, they will go through a training and evaluation period that lasts two years (they're not screwing around!). A taste of the program:

Good luck to anyone submitting their applications for the NASA astronaut program next month! The process looks like a doozy, but it'd be totally worth it to get to work on the ISS, right?!