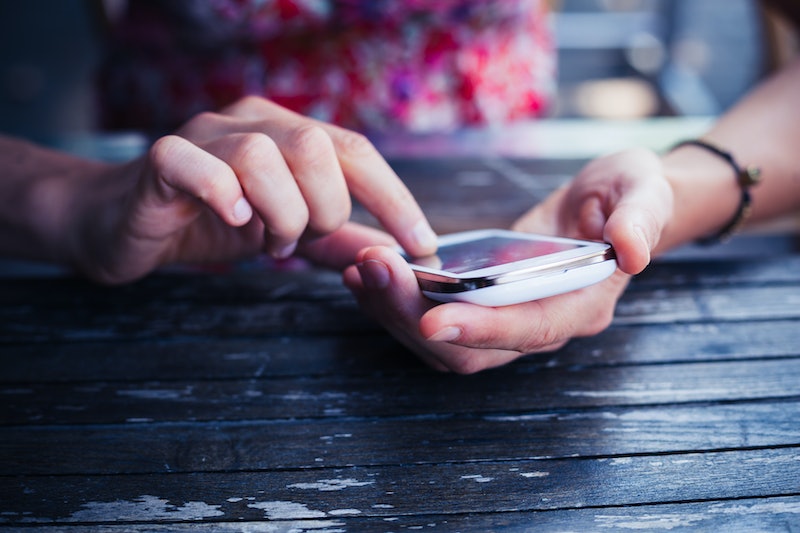 Interestingly, a representative for Uplust tells Bustle that the majority of its usership — 65 percent to be exact — are women, 15 percent of whom self-identify as bisexual. This isn't totally surprising, considering that women are heavier social media users than men in general, but Uplust chalks their success among women up to the fact that they're giving women back control over how their bodies are presented.

The Instagram controversy being referred to here, is the platform's vague policies and guidelines that often unfairly target transgender users' content for being "obscene," while allowing similar content from cisgender users to slide. This discrimination plays out over and over again on Instagram, not just against trans bodies, but also against fat bodies versus thin bodies, disabled bodies versus abled bodies, and, of course, female nipples versus male nipples.

Here are four other things to know about Uplust:

Uplust isn't trying to reinvent the wheel and devise with a whole new language of how to interact with social media. You simply upload a photo or short video that will loop, apply any filters, caption, or hashtags that you want, and then other users can heart, share, or comment on the post, just like on Twitter or Instagram. Part of its brilliance is that users will already be fluent with its interface.

Uplust has some additional Facebook-esque features, like sex-themed games, and a token system, which you can buy and then use to "pay" other users for certain content you've requested. The app also prompts users with weekly community "challenges," which could also earn you tokens if you win one. Earned tokens can be cashed out for real money, too.

4. You Can't Download The App In The App Store Or On Google Play

You can't download Uplust in the App Store or Google Play. But the good news is, the site is optimized for mobile use, and you can download the app by visiting the website.

More like this
Hinge's New NFAQ Feature Is Demystifying Queer Dating
By Emma Carey
The Best Time To Date After A Breakup, According To Experts
By Bustle Editors
How To Change Your Twitter Handle
By Emma Carey
How To Use Instagram Story Highlights So Everyone Sees Your Fave Stories
By Brandi Neal and Emma Carey
Get Even More From Bustle — Sign Up For The Newsletter