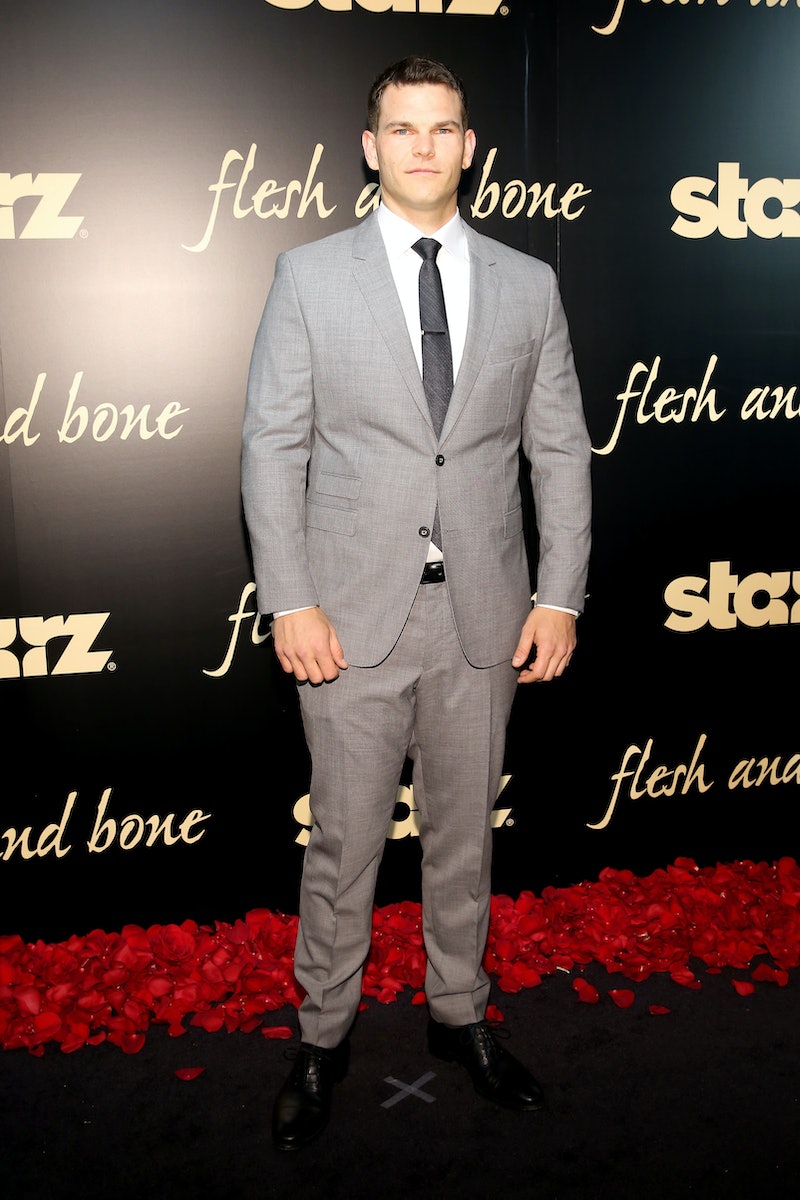 Starz's new miniseries Flesh and Bone takes place in the cutthroat world of professional ballet in New York City — but Claire, the show's main character, is accustomed to a very different sort of adversity. After escaping a troubled home life, she joins the fictional American Ballet Company and quickly establishes herself as the rising star. But, as her character bio makes clear, she continues to struggle with the lasting effects of abuse. Based on the cast list, one member of her family will play a prominent role this season — Claire's brother Bryan on Flesh and Bone is battling demons of his own and is unwilling to let go of his sister as she attempts to start a new life for herself. Here's what we know about Bryan from his character bio:

Forced by his abusive, domineering father to enlist in the Marines and serve a three-year stint in Afghanistan where he experienced the horrors of war, Bryan is focused on returning to Pittsburgh. His sister, Claire, is his homing beacon. Bryan suffers from PTSD and is consumed by confusion in regards to his beloved sister – a storm of conflicting emotions clouding his judgment. Bryan is an odd and uncomfortable mix of strength and vulnerability. He’s sure of little in his life – all he knows is that he is utterly devoted to Claire and feels he can’t live without her.

According to IMDb, Bryan will appear in seven out of the eight episodes, so he'll definitely be an important character — and that could mean bad news for Claire. In the official trailer, Bryan can be heard but not seen:

Since Claire ran away from home and Bryan is seemingly dependent on her, it's safe to assume that he's the voice on the phone demanding to know where she is. It's been established that he was abused by their father, but Claire's biography leaves it deliberately unclear who is responsible for her "abusive past." Her running away from home coincides with Bryan's return from Afghanistan, so he may be the person she's most afraid of.

Alternatively, the father could be the abuser of both Bryan and Claire and she may not have told her brother where she was going because she feared the information would make its way to their dad. Or, Claire may have simply decided she needed to cut ties with every single reminder of her old life and start over with an entirely clean slate. But the past always has a way of finding us, and it looks like Bryan will find Claire — he definitely sounds pretty determined to figure out where she is.

Although the show primarily takes place in the dance studio, Claire's past will seemingly infiltrate every aspect of her new life in New York City — unfortunately, trauma often has that effect. Bryan's prominent role this season will likely be the viewers' key to learning what happened to Claire that has left her so emotionally distressed. His constant presence may be what ultimately forces her to confront the demons of her past. Although I'm fairly certain the tone of Flesh and Bone will be pretty dark, I already have my fingers crossed that Claire will find peace and happiness as both a dancer and a person by the time the show concludes.