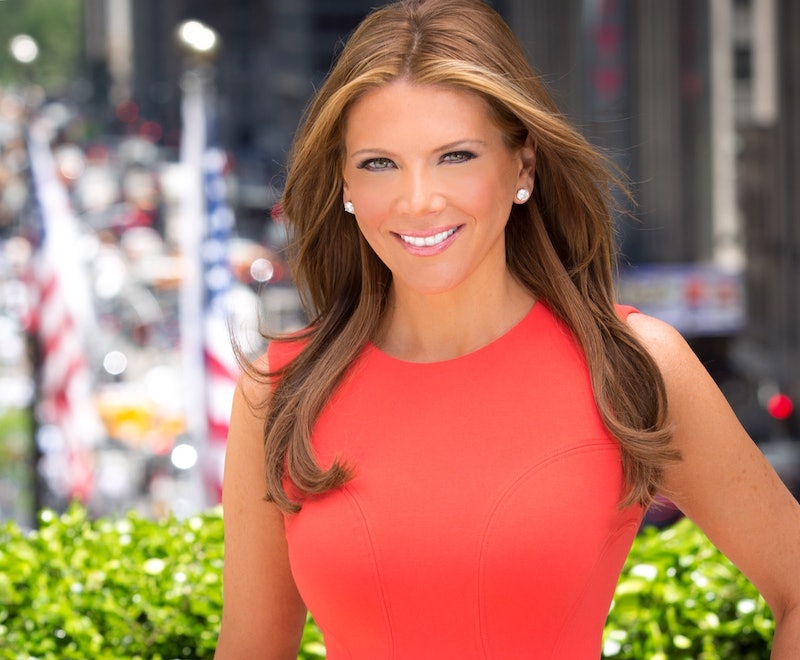 While American viewers may already be tiring of staring at all the GOP candidates during the presidential debates — hey, at least there's more variety than at the Democratic showdowns, I suppose — each round brings a few fresh faces on the side of the moderators. For the fourth Republican presidential debate, we'll get six hosts: Fox Business Managing Editor Neil Cavuto, FBN Global Markets editor Maria Bartiromo, and Wall Street Journal editor-in-chief Gerard Baker will moderate the main-stage debate, while FBN reporter Sandra Smith, WSJ Washington bureau chief Gerald Seib, and FBN reporter Trish Regan will host the undercard debate. The anchor of The Intelligence Report with Trish Regan, Regan is fairly new to Fox Business; she's only been with the network since April of this year.

But that doesn't mean the television host is a reporting novice. Before joining up with FBN, Regan dabbled in a little bit of everything. She started out as a correspondent for CBS News in 2002, switching over to CNBC in 2007 to become a markets and documentary anchor. Then, in 2011, Regan went over to the Bloomberg News team, anchoring Street Smart with Trish Regan and a slew of primetime specials. Hosting the upcoming debate shouldn't be a problem for Trish, since she covered the 2012 Presidential campaign.

And when I said a little bit of everything, I wasn't kidding. After graduating from the prestigious Phillips Exeter Academy, Regan won the Miss New Hampshire beauty pageant in 1993 and participated in the 1994 Miss America pageant. She studied opera singing at the American Institute of Musical Studies in Austria and Boston's New England Conservatory of Music. She snagged a Bachelor's degree in U.S. history from Columbia University and, in the midst of her studies, worked at Goldman Sachs and hedge fund DE Shaw.

Did I mention pursuing a career in finance or journalism wasn't even on Regan's priority list for a while? Because she's apparently even better at opera than she is at giving off a goddess-like presence on camera.

Regan's overachieving didn't stop there: She received an Emmy nomination for her investigative reporting on drug trafficking and arms smuggling in South America before she even left her first gig at CBS.

And as a trusted reporter, Regan often has to set the record straight for the American people. Example: the date of Regan's birth.

You hear that, America? Trish Regan appreciates your efforts to celebrate her natal anniversary, but don't believe everything you read on Wikipedia.