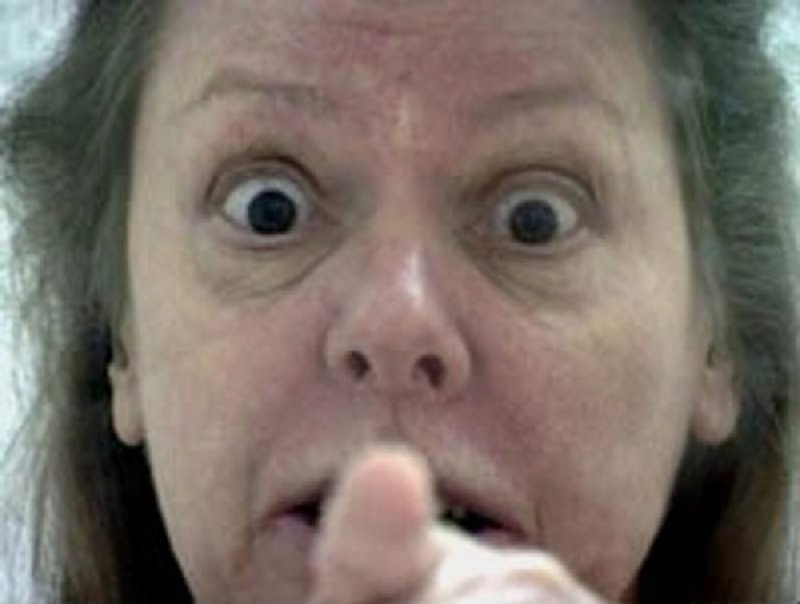 There's a lot of pressure when it comes to selecting your final words. A handful of sentences will determine your legacy for the rest of time — especially for those facing the death penalty. Personally, if I were about to be executed for murder, I'd want to go down declaring my innocence. But there are actually a lot of murderers who chose the creepiest last words ever. Because why not?

Not all who face execution decide to go for the creep factor though. Some put a lot of effort into their final statements. Take James French, for example, who chose to be remembered for all eternity through a pun. Moments before being electrocuted, French told the guards, "Hey guys, how's this for a headline? 'French fries.'"

Others, like serial killer John Wayne Gacy — whose final words were "Kiss my ass" — go for rebellious. While someone like Giles Corey goes for the badass legacy. While being crushed to death by stones for being accused of being a witch, Corey allegedly said, "More weight."

A lot of last words, however, are religious. Some seek repentance and say they've been forgiven, while others talk about how excited they are to get to the pearly gates. But no matter what direction these people go in, their last words are so much more preferable to those killers who decided to leave us all permanently creeped out for eternity.

Tell me, after my head has been chopped off, will I still be able to hear, at least for a moment, the sound of my own blood gushing from the stump of my neck? That would be the pleasure to end all pleasures.

Peter Kürten was a German serial killer who sexually assaulted and killed at least nine individuals between 1913 and 1929. After being imprisoned, Kürten confided that he was compelled to kill due to the sexual satisfaction he received from the sight of blood. In at least one incident, he's believed to have drunk his victim's blood, thus earning him the name "The Vampire of Dusseldorf." He was beheaded via guillotine in 1931.

I love you, my babies. There is no way words can express how sorry I am for taking the lives of my babies. Now I can be with my babies, as I always intended.

In 2000, Christina Marie Riggs became the first woman executed in Arkansas in more than 150 years. Riggs was found guilty for the murder of her two children, ages 5 and 2. Immediately after, Riggs unsuccessfully attempted to kill herself. Due to her depression and desire to die, her execution was controversial, as some believed it was essentially state-assisted suicide.

Turn up the radio and I'll go quietly.

Considered to be Scotland's worst serial killer, Peter Manuel was called "The Beast of Birkenshaw." Manuel was responsible for the death of seven to nine individuals before being arrested by police. Shortly before being sentenced to death by hanging in 1958, Manuel attempted to stay his execution by means of insanity, but it failed — partially due to efforts by his own mother.

I'd just like to say I'm sailing with the rock, and I'll be back like Independence Day with Jesus June 6. Like the movie, big mother ship and all. I'll be back.

Before her execution in 2002, Aileen Wournos became one of the most recognized names in America due to her highly publicized court case. Wuornos, who had worked as a prostitute in Florida, killed at least six men. During her trial, Wuornos stated that the men had tried to sexually assault her and claimed self defense, but it didn't hold up in court. She's often referred to as America's most famous female serial killer.

I don’t care if I live or die. Go ahead and kill me.

Jeffrey Dahmer is, without a doubt, one of the most well known serial killers of modern history. Responsible for at least 17 murders, the grisly details of Dahmber's cases include cannibalism and necrophilia. By the time he was in prison, however, he appeared to have given up. Dahmer was not executed, but rather was beaten to death by a fellow inmate in 1994, and it was then he reportedly uttered his final words.

I deserve what I am getting.

Angel Resendiz's words are particularly chilling, due to the fact that Resendiz believed he was half-man and half-angel and could not be killed. Before being executed in 2006, Resendiz was referred to as the "Railroad Killer," due to the fact that he rode the rail system across several state lines in order to kill up to 14 people.

Van Roosevelt Solomon was a Baptist preacher in Georgia before he was sentenced to death for the murder of a convenience store clerk in 1985. His execution, which was carried out via electric chair, was highly protested.

More like this
A New Netflix Doc Will Explore The Unsolved Murder Of Jill Dando
By Sam Ramsden
This First Look At 'The Gold' Shows Jack Lowden In A Whole New Light
By El Hunt and Sam Ramsden
A Teen Murder Victim's Horrific Diary Entry Helped Police Find Her Killer
By Brad Witter
12 Years Ago, Austin Butler Manifested His Oscar Nom In This Disney Movie Scene
By Jake Viswanath
Get Even More From Bustle — Sign Up For The Newsletter
From hair trends to relationship advice, our daily newsletter has everything you need to sound like a person who’s on TikTok, even if you aren’t.