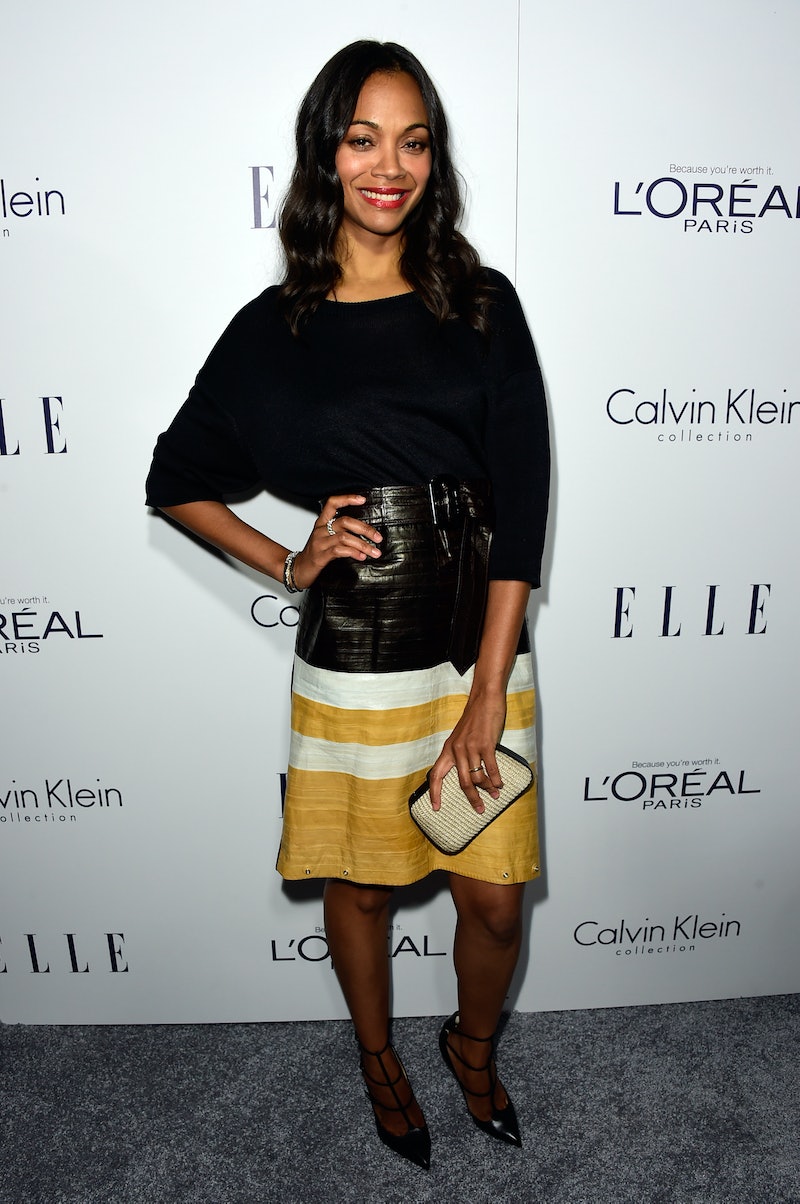 In a new interview with Latina, Zoë Saldana talked about Latin American immigration into the U.S., as well as the fact that Latino culture is on the rise in America — something she couldn't be more excited about. As she told the magazine, "The only true American here is the Native American. Everyone else is a transplant." She continued,

We're going through the exact same thing the Italians went through, the Irish, the Jews, and the Asians. In different ways, but it's been very similar. After a while, people acculturated, and they only found solace by literally accepting themselves and going, "Whatever. Esta soy yo." (This is me). They were like, "This is my new country, but I'm going to keep this from my old, and I'm gonna blend it all."

Immigration is a hot-button issue right now, and Saldana's words serve as a crucial reminder that the vast majority of Americans come from somewhere else. Much like new immigrants from Latin America, the vast majority of cultural groups in this country have roots elsewhere. But they still have made a name for themselves in the country. And since Saldana is just one person, she offers just a glimpse of what people who come from her culture are capable of doing in the country.

After all, as a child of two immigrant parents (her father is from the Dominican Republic, and her mother is from Puerto Rico), Saldana has had her fair share of big accomplishments. She has entertained and won the hearts of many by starring in some big-time movies. Apart from gracing the world with her talent and skill set, she has added to diversity in the entertainment industry, which everyone knows is an element that could use some serious improvement. And she also serves as a strong voice for women in Hollywood who want to use their platform for a cause.

She also had something to say to anyone who is against Latino immigration:

Adjust your laws, because it's not going away. If anything, I want to give them a hug, and say, "It's OK. It's new. Don't be scared. We're great people. We're gonna do great and better things for your country. Trust me."

One thing's for sure, Saldana is definitely not going away. And considering the great points she has to make about larger cultural issues, that is definitely something worth being excited about.