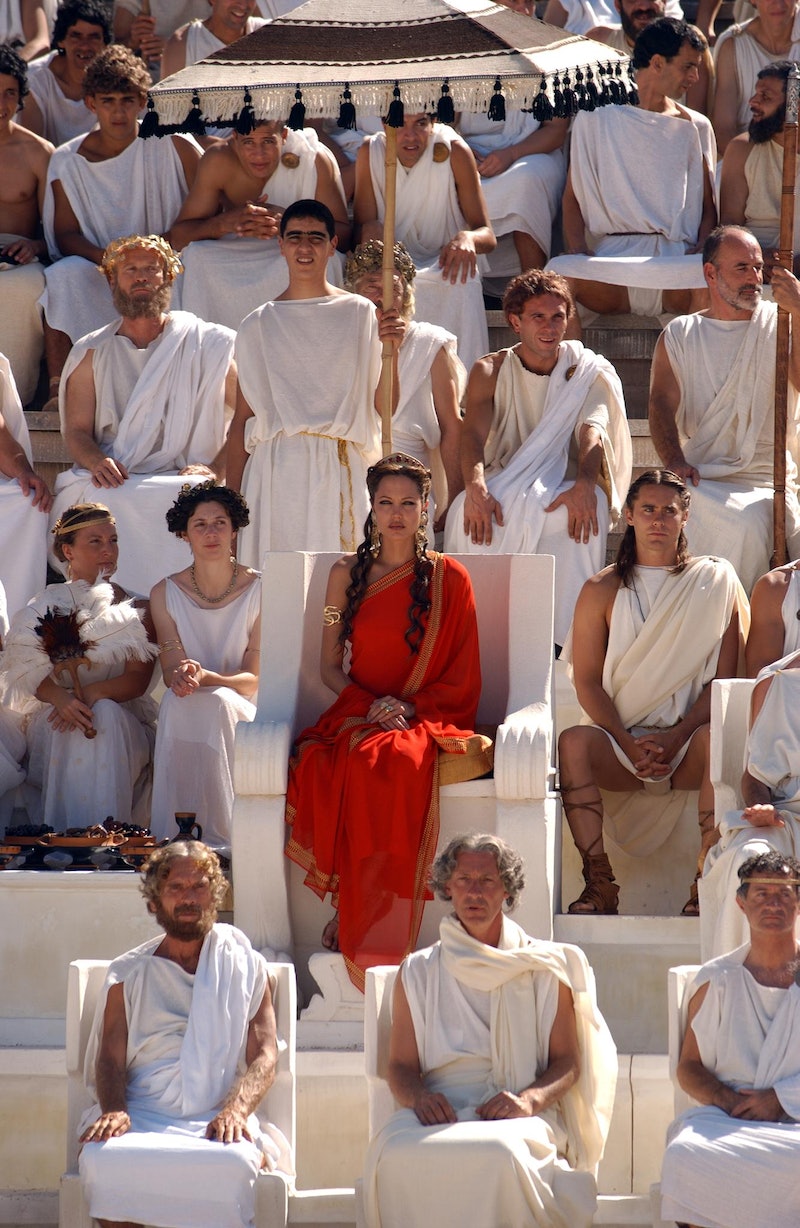 We need to talk about goddesses. More specifically: Greek goddesses. Because, I’m pretty sure you were just as excited as I was to hear the news that Athena the new script by Michael Diliberti was acquired by Amy Pascal’s production company, Pascal Pictures. Thrilled. Delighted. Over the moon at the news that a movie was being made about a very famous, very powerful Greek goddess — or, rather, the descendent of one. But then, like me, you may have stopped and checked your enthusiasm. You may have asked yourself, “Why is this so exciting when there are already tons of movies about Greek gods?” And then you probably realized it: The reason why this new film is so exciting is because most films about Greek gods are about male Greek gods.

Here’s the break down: Of the 24 Greek mythology movies compiled on this IMDb list, only two of those films are from the female point of view. But even those movies don’t quite meet the Greek goddess criteria because they are either about Trojan women (The Trojan Women) or about the daughter of a king (Electra). Which means that, even when the mythology movies on this list are about women, they are about mortal women, not strong and almighty goddesses.

And before you start waving your finger at the fact that there are more Greek gods in mythology than goddesses, I will stop you right there. There are just as many Greek goddesses as there are gods in mythology, so the significant and very gendered discrepancy between these movies has nothing to do with that. Instead, the vast difference in number likely points to something a little more unsettling and insidious in popular films: The fact that films about powerful women are only very recently becoming a thing that Hollywood is realizing audiences are willing to pay money to watch.

Surely, the news that Athena is on its way to a theater near you is a great sign that the times are slowly changing, but the fact that it’s one of the first popular films to made about a Greek goddess highlights the long and challenging road women in film have had to walk.

I’m hoping that Athena (and its hopeful success) is the thing that turns the tide in Hollywood. I’m hoping it’s the thing that shows all of those movie executives once and for all that audiences not only want to see more powerful women in film, but that they are willing to pay good money to see it happen.