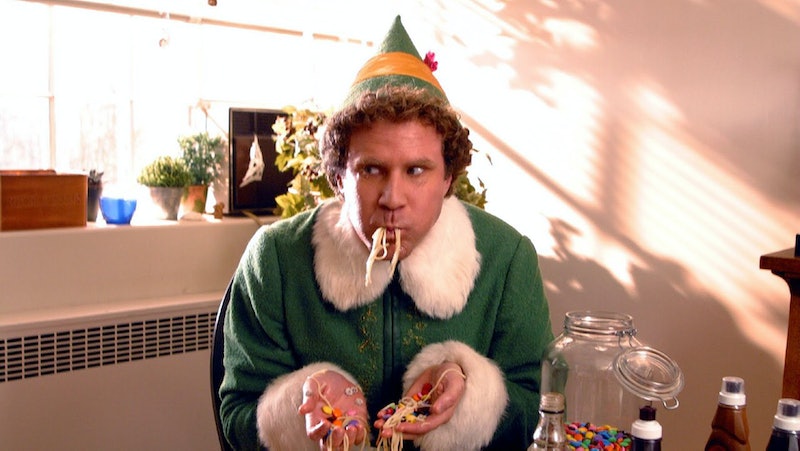 If it was up to me, it'd be acceptable to celebrate Christmas year-round; half the year because Christmas was coming, and the other half because it's just been and oh man, it'll be back again in less than a year. It's my favorite holiday, hands down, and anyone who observes it but doesn't like it is a total grinch in my book. Christmas has the best snacks, the best music, and most of all, the best movies. Christmas programming is one of the biggest things I look forward to about the season, particularly because you can always count on certain channels (shouts to ABC Family) to play pretty much every Christmas movie ever in existence during the lead up to the big day. While that likely won't start until after Thanksgiving, why waste time? Start watching Christmas movies now and be smug in the knowledge that you're not losing out on any celebration time.

Thankfully, there are enough Christmas movies out there that you really could watch one a day from now through December 25 and still not run out of options. However, I'm going to pare it down to my own personal Top 11, because I think they'll be yours, too. If not, feel free to add yours in, put in some vacation days at work, and make it a real party.

Home Alone is basically A+ viewing any time of the year, but it takes on a special significance at Christmas. There's nothing better than hooking yourself up with tons of snacks and a bit of Kevin McAllister. After all this time, I can still quote pretty much every line in this movie.

I actually saw Elf in theaters when it first came out, and I've seen it several times since, as well... and by "several", I mean "several hundred". It's a classic feel-good Christmas movie that you can't help but love (and again, quote endlessly).

I grew up watching Tim Allen on Home Improvement, but more than Tim "The Tool Man" Taylor, I loved him as a reluctant Santa Claus whose son fought for him even though all the adults in his life thought he was totally nuts. Admittedly, I've skipped the rest of the movies in the franchise (I do think I've caught a couple of minutes of the second one), but the original is best.

What can I say? I'm a complete and total sap for this movie and I cry every single time I watch it... which is multiple times per year, many of which are nowhere near Christmas. I don't know what it is I love about it, since the plot is totally ridiculous... maybe that's it?

A lot of people would say that A Charlie Brown Christmas is depressing, but I think it's a complete classic. I was just listening to the soundtrack last week. It's absolutely iconic and a must-watch for the Christmas season.

I'm pretty loyal to the original animated version of The Grinch, so that's my preference, but I've seen the Jim Carrey version plenty of times and will never turn it off when it comes on TV, so take your pick, here. Either way, your heart will grow three sizes.

I was a sucker for all the claymation Christmas movies growing up, and Rudolph was probably my favorite. The part when Clarice says Rudolph is cute and he gets so excited that his fake nose flies off and his real, glowing red one is unveiled is the best ever.

If you've never seen Four Christmases, you'll likely think this is a bit of a weird pick for a must-see list, but it's totally not. Reese Witherspoon and Vince Vaughn are hilarious in this movie (as is everyone else) and it never fails to make me laugh.

Do I need to explain why Ernest Saves Christmas is amazing? I don't think so. It's Ernest!

I'm partial to the Patrick Stewart version, but there are so many different ones that you can totally find one that suits you. Like animation? Why not try Mickey's Christmas Carol? Either way, the classic Dickens tale needs to be told and enjoyed at Christmas.

This one has it all: the Rockefeller Center Christmas tree, that pigeon lady who's actually really sweet, and Marv getting electrocuted by a basement sink. I rest my case.

No matter what Christmas movie you love most, you need to start watching them now to get ready for December. The way time is flying, it'll be here in no time.