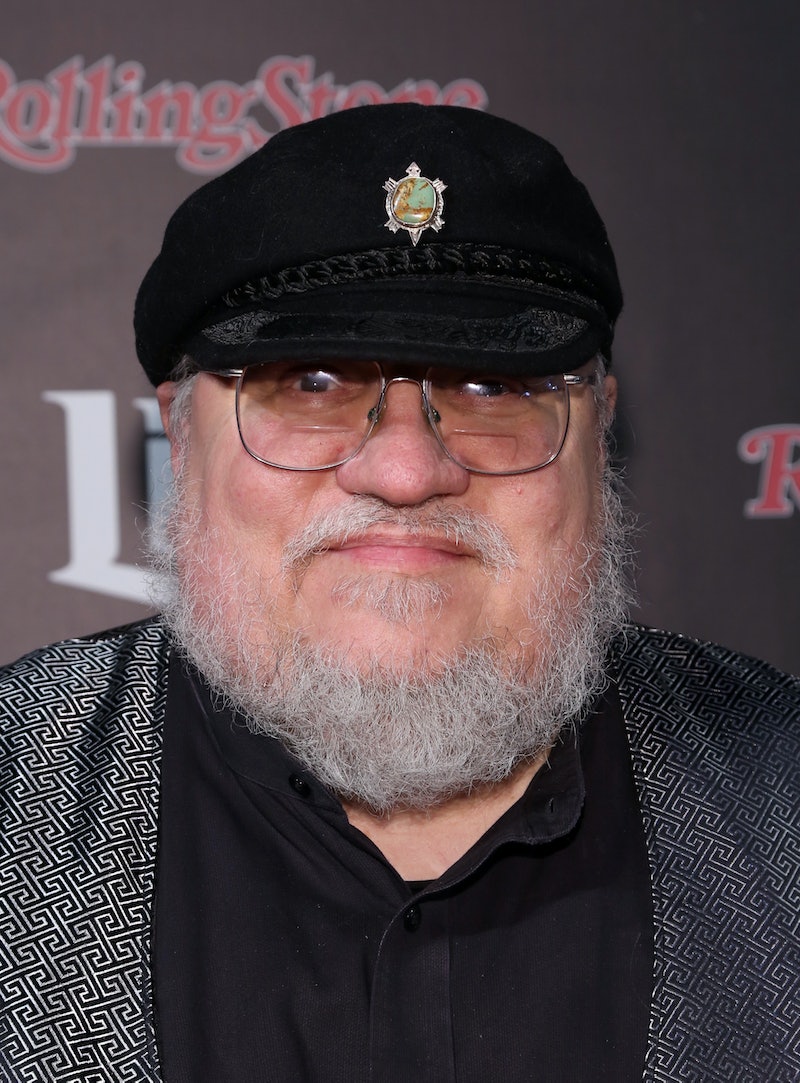 It's hard to believe that Game of Thrones won't be back on our TV screens for at least another six months. It seems cruel, given how much happened in Season 5 that will no doubt be resolved (or further complicated) in the new batch of episodes (Cersei, my queen! You must seek revenge!). In the meantime, we're all just going to have to wait as patiently as possible and, I don't know, maybe start reading the George R.R. Martin book series that the HBO series is actually based on, if you haven't already. Funny enough, TV's Game of Thrones has already surpassed Martin's books as far as they've been written, something the author never would have expected.

Speaking at Northwestern University, Martin joked that his slow writing allowed HBO's series to move beyond its literary roots and take on a life of its own, but he hopes to catch up at some point. "The show, of course, has caught up to me, which I didn’t actually think would ever happen," Martin said. "I had such a huge lead, but the truth is, I’m a very slow writer.” Genius takes time, so don't worry — we fans understand (or at least we're trying to when we're not busy being desperate for another installment of the story).

Martin was at Northwestern, his alma mater, to accept the Hall of Achievement alumni award from the Medill School of Journalism, Media, Integrated Marketing Communications. While there, he also opened up to students about his experience at the university, which sounds like it may just have inspired some of the circumstances in Game of Thrones.

"The coldest winter was in Chicago. There was so much snow that winter, you couldn’t see, all snow, all ice, and it was so very cold," Martin recalled. "I remember walking through the trenches and the tunnels of ice, the wind blowing so you couldn’t even see. It’s an experience that never left me."

I don't know about you, but that sounds a little like the Land of Always Winter to me. Of course, it's likely an extreme version, but we all have to draw our inspiration from somewhere. However Martin created Game of Thrones, I think we can all agree that we're grateful he did. Without it, we'd never have met Jon Snow, and that's not something I really want to think about.