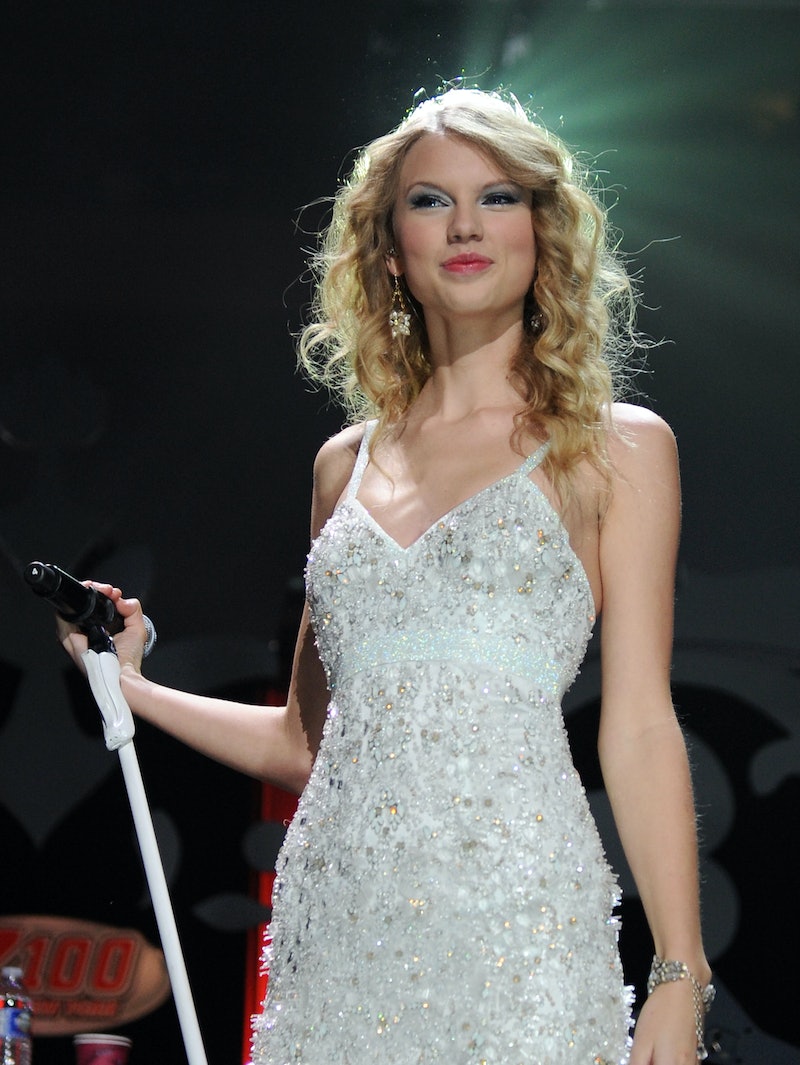 I love Taylor Swift in all her iterations. Truly, I do. But I won't lie and say that there isn't a part of me that misses old school Tay just a little bit. Ironically enough, Tumblr seems to have felt the tortured longing in my soul, as the site unearthed a long-forgotten throwback nugget from early in the singer's career. Tumblr user streetlights-swift posted a video of Swift covering Coldplay's "Viva La Vida" from some years back and wrote, "Why aren't we talking about this??" But, the real kicker here is, though she's clearly in the video, Tay's never even seen it before, as she wrote in a reblog. And judging by the cry of injustice by the other Tumblr user on this post, honestlybelievedinyou, "Why haven't I ever heard this??" we are all one with Swift in the discovery of this fantastic artifact.

I mean without even knowing the context of this video, it's clearly vintage Tay at her finest. I mean, first off, she's singing "Viva La Vida," so late '00s. Plus, she's rocking long, curly hair, which she never does nowadays. But while those are great clues, figuring out the exact date based on that isn't an exact science. After doing a little digging, I found out that it's actually from when Swift sang for BBC Radio 2 in 2010. So, yeah, it's that old, which means, as I'm sure you imagined, that it is also delivering us a healthy does of Country Taylor as well. Like the self aware, adorkable nerd she is, Swift even remarked on her throwback fashion in her comments, hashtagging the phrases "Baby Me" and "So Curly" alongside the video.

But enough about the reemergence of Swift's iconically whimsical appearance (though it is extremely cool to take a look back at that). The real juice of this story is that a young Swift did an awesome acoustic cover of a Coldplay song (which Tay tagged as "Coldtay," that clever fox) and apparently none of us really knew about it, including the singer herself. This oversight is a total travesty, but thankfully, it's getting fixed. Do yourself and T.Swift a solid and check out the cover below. You definitely won't be disappointed.