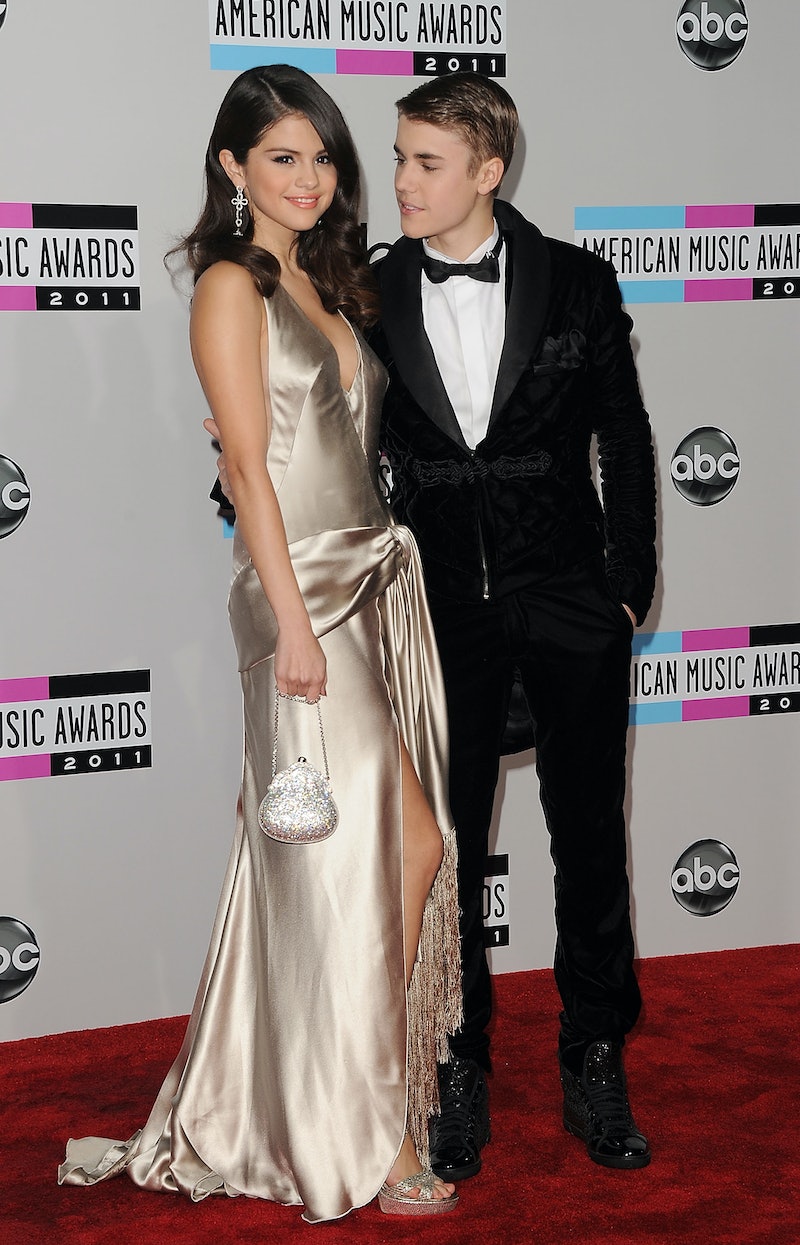 Although it's been quite some time since Justin Bieber and Selena Gomez broke up, the world is still fascinated with their relationship. Both singers, who dropped new music this fall — have gracefully fielded questions regarding each other, while also reminding fans they they're moving forward in their own directions. That doesn't mean the former relationship won't influence the music and, in fact, Bieber confirmed which Purpose songs are about Gomez.

During an appearance on The Ellen Show, airing Nov. 9, the host asked which three, if any tracks, were inspired by the "Same Old Love" singer. When Bieber paused to try and name three songs, Ellen DeGeneres suggested, "'What Do You Mean?'" Bieber agreed, adding, "'Sorry,' a little bit ... and then 'Mark My Words.'" (You can see the singer respond for yourself in the video below!)

While he seemed slightly (and understandably) uncomfortable speaking about the Gomez-inspired tracks, Bieber seemed more at ease as he talked about how he's reminded of their relationship, explaining, "I just want her to be happy, honestly." That statement is very telling of how the singer spoke about Gomez recently. He seems mature and supportive of her, which is the best thing anyone can ask of an ex. So how does that translate to the music?

Luckily, we've heard "What Do You Mean?" and "Sorry," so it's easy to take a listen and hear exactly what Bieber went through. For instance, in "What Do You Mean?," Bieber sings, "Don't know if you're happy or complaining / Don't want for us to end / Where do I start / First you wanna go to the left and you want to turn right / Wanna argue all day, make love all night." He seems to be describing a relationship on the rocks and being in a place where nothing can fix it.

In "Sorry," on the other hand, he sings, "Is it too late now to say sorry? / Cause I'm missing more than just your body." It sounds like a post-breakup track, like the followup to "What Do You Mean?" While we haven't heard "Mark My Words," it could bookend the arc nicely. Perhaps it's a reflection on Bieber's stance now that the breakup is over and he's had the space to look back at it. Or maybe it's from a completely situation. We'll get a better idea when Purpose drops on Nov. 13.