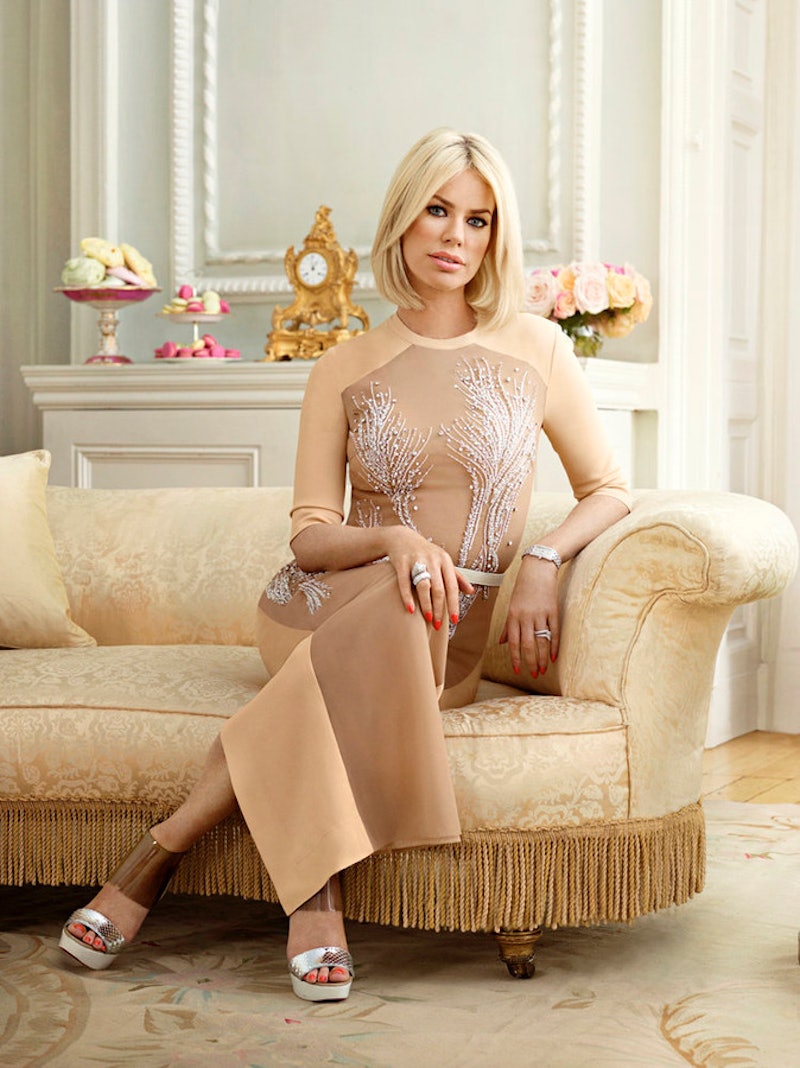 It can't be easy to put your life on television for many to judge, especially when you have to share the failures in your life. Caroline Stanbury knows this situation far too well. On Ladies of London , Caroline closed Gift Library, her luxury gifting shop founded in 2008. Having to share that aspect of her life on the second season of Ladies of Londonwas not easy for Caroline, but ultimately it came down to being honest with the viewers of the show.

"I felt that if I didn't address it at all, and we get a Season 3, I think the viewer would be like, 'she lied to us,'" Caroline tells Bustle in an interview. Caroline explains that it was a difficult decision to actually air the downfall of her company, and she thought about that choice of showing it to viewers or hiding it. "It was actually happening as we were filming," she says. "I didn't come into a show like this to lie."

But, Caroline sees the silver lining to losing her business. "Everyone fails," she says. "I can teach people my pitfalls. People always think that because I was born with a silver spoon in my mouth nothing will go wrong for me... I honestly believe people think I was just handed a business, with a key, and everything was perfect. But that's just not how it happened."

Caroline's story is certainly relatable to viewers, since it's not unusual for businesses to go under. "Things like this happen, and it's really scary because the weight is on your shoulders and so many people rely on you," Caroline says.

"I don't think there's any shame in failure."

As for future ventures, Caroline says she is still in "mourning." "I know I'm going to do something else... I'd love to write a book of what I went through, building a business, and women in business." Speaking of women in business, while Ladies of London boasts drama across the pond, it has also cast some incredibly successful women who have all flourished in their own right.

For instance, there's Julie, a mom, yoga teacher, author, and health-food maker. Annabelle has taken the fashion industry by storm and has also published her own book series for children. Meanwhile, Marissa was seen opening up her own restaurant that was all her own on Season 2 of Ladies of London.

"I think it's a very powerful message," Caroline says. "You can see that we don't give up. It's an amazing insight into what we have achieved, what we can achieve, and how different we are." None of the women grew up the same way, yet "everyone is doing it on their own," Caroline says.

Over all, Caroline says that Gift Library's closing taught her a lot. "I think failure, if anything, teaches you a lot more than success," she says. There's no doubt that Caroline will come back fighting with another company as fabulous as she.