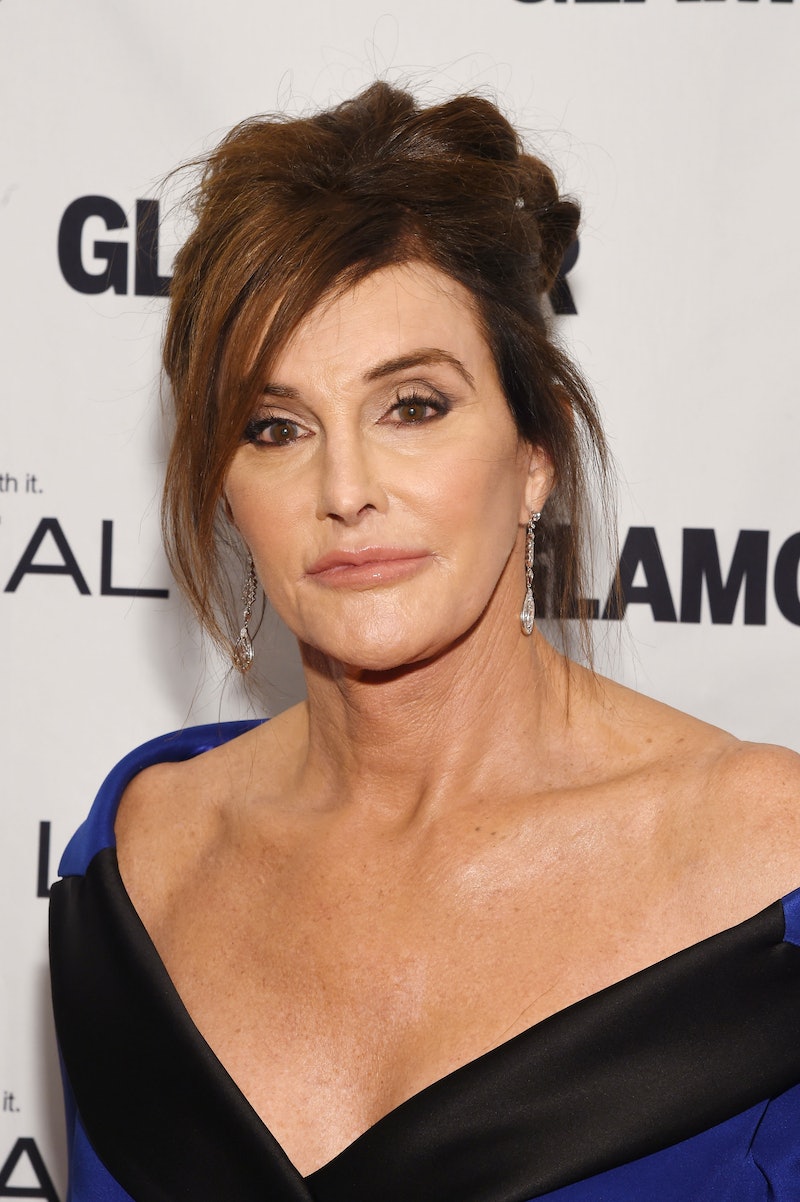 We've missed ya, lady. After a brief hiatus from the public eye, Caitlyn Jenner attended the Glamour Women of the Year Awards and looked absolutely regal. The transgender rights activist, Olympian, and reality TV star showed up in a royal blue Moschino gown to the event's 25th anniversary, which was held at New York's Carnegie Hall. Jenner was one of the night's honorees alongside other powerful and inspirational women, including Misty Copeland, Reese Witherspoon, the women of Charleston, and the U.S. women's national soccer team.

Jenner's Jeremy Scott-designed gown was floor length with a classic silhouette and black details along the neckline. She completed her elegant look with minimal jewelry while her hair was styled in a loose updo. This was a red carpet comeback of sorts for Jenner, who made her national TV debut while accepting the Arthur Ashe Courage Award at the ESPYs back in July. Even though she hasn't made many public appearances since then, Jenner has continued her work as an activist for the LGBT community. Earlier today, Jenner was named OUT 100's Newsmaker of the Year.

"I'm so terribly excited about the future," she said. "I have so many things to do. I have a place in life."

Here's a side view of her dress.

She's a pro at working the red carpet, isn't she?

Welcome back to the spotlight, Cait!