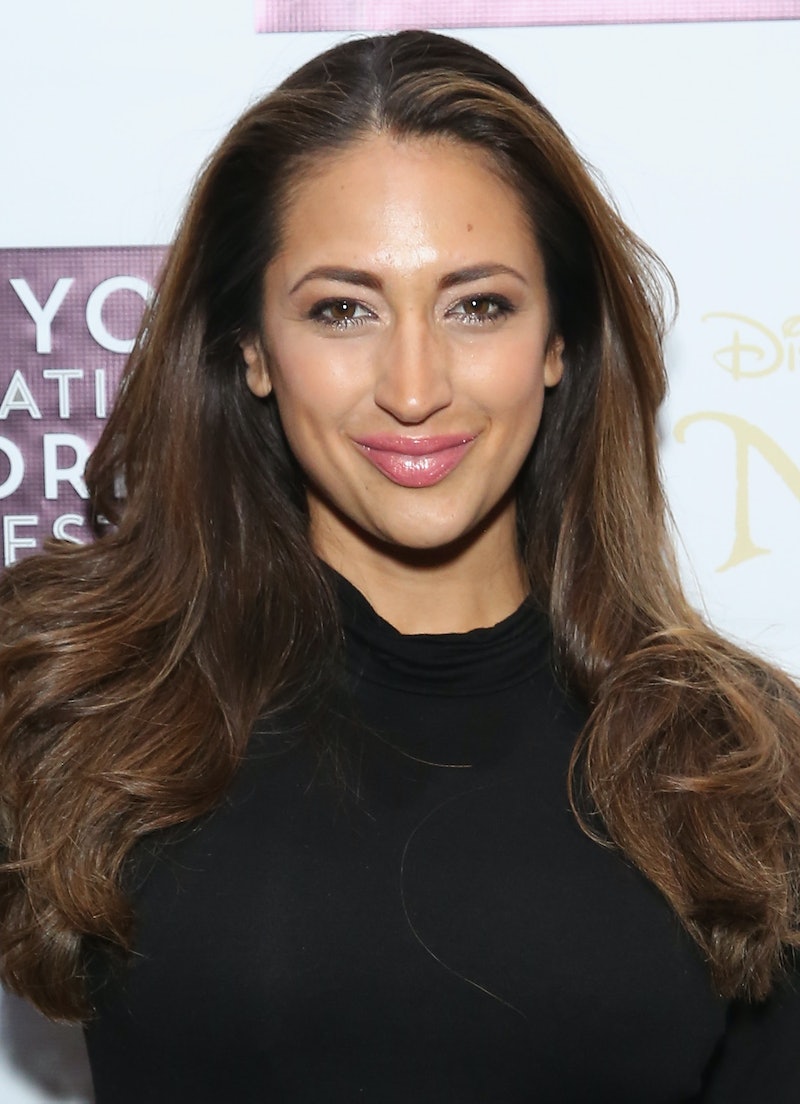 Well, that was fast. After just one season as a cast member on Real Housewives of New Jersey , Amber Marchese has announced that she is leaving the show. This is a little bit shocking. First off, it's weird hearing about any breaking RHONJ news that has nothing to do with Teresa Giudice. And second, I am surprised that Marchese, a two-time breast cancer survivor and vocal cancer research supporter, would leave such a public platform to share her message.

Marchese told People that she and her husband, Jim Marchese, made the decision together:

Jim and I have been giving Real Housewives or New Jersey a lot of thought and given the current state of affairs regarding our personal lives and the direction of the show, we officially decided to move on. The show was not what we expected it to be, and I want to pursue more suitable endeavors.

Marchese is not pleased with how she was portrayed and claims that Real Housewives of New Jersey "did not allow viewers" to see an accurate depiction of herself. She also claims that her relationships with other cast members was fabricated to create story lines. Marchese told People, "Even my relationship with the twins was created. I recruited them for my story line after I was chosen." She continued, "I only met with Teresa Giudice and Dina Manzo for filming purposes. I never built a friendship with them as we were nothing more than coworkers. I wish them all well and the best of luck, although my husband does not share my sentiments."

Bustle has reached out to Bravo for comment, but has not yet heard back.

It's sad to see Marchese go, especially on a such a bitter note, but I have a feeling this will not be the last we hear from her. I'm sure she will continue to be vocal in her quest to spread cancer awareness — and I also have a hunch that she is not done talking about Real Housewives of New Jersey.