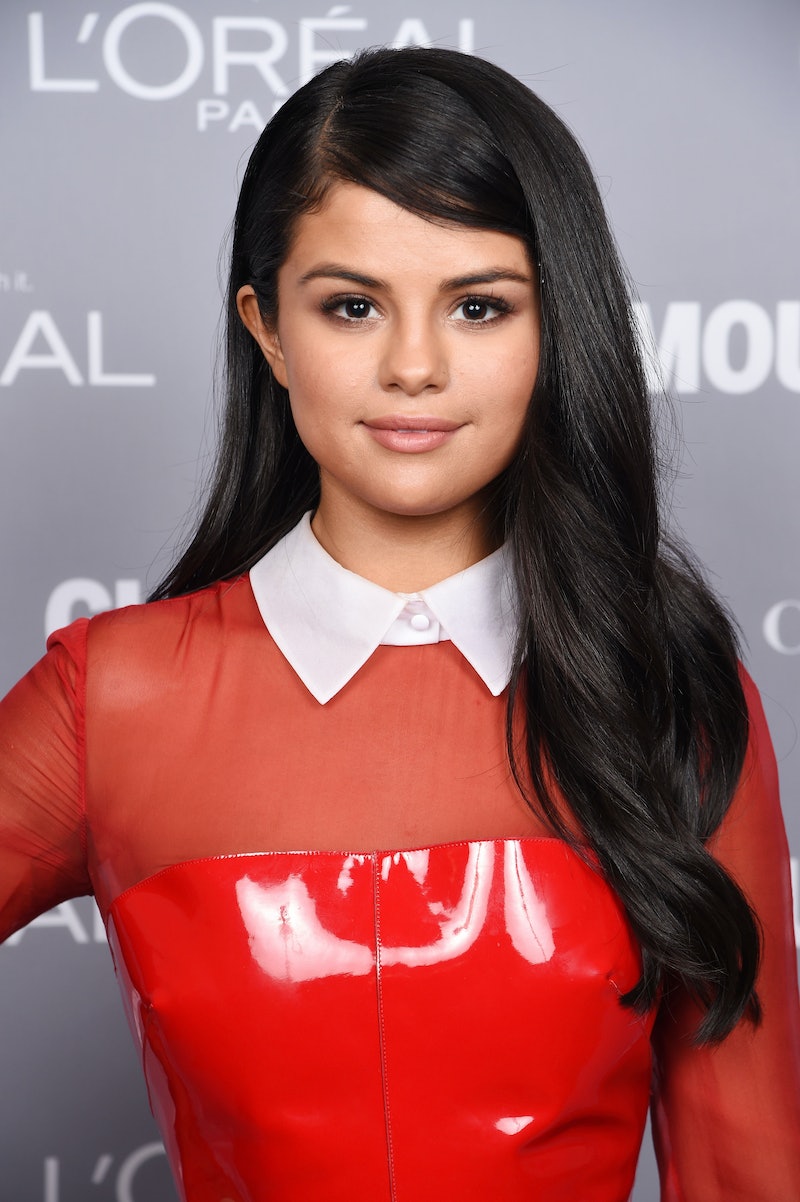 Whether she's actually dating them or not, Selena Gomez tends to be linked to fairly high-profile potential boyfriends. But this time, the person she's said to be dating has broken that ultra famous string. According to People, Selena Gomez might be dating Samuel Krost. I assume you're asking yourself, who is Samuel Krost? Well, for all intents and purposes, he is just a totally regular dude. Let me rephrase that. A very lucky, totally regular dude. And, you know, if the singer and actress is actually dating him, then good for her. Maybe someone out of the spotlight will offer her a sense of normalcy amongst all of the Hollywood craziness.

So how exactly did this seemingly normal, not-at-all-famous guy get to go on what looks like a date with someone as fantastical as Gomez? Well, the site explains that he appears to be friends with a few well-known models, for example, Bella and Gigi Hadid. In addition to the Hadid girls, Entertainment Tonight also reports that Gomez and Krost hung out with model Cully Smoller on their maybe-date. So, again, he's a totally regular, lucky dude who has super famous friends, and might be dating a pop star. No biggie.

If you want to get to know a little bit more about Krost, check out some facts below.

He Is Not A Model

Despite knowing a bunch of them, Krost is not a model. People checked Krost's Linkedin page, which shows that he is a sales and merchandising executive.

But it didn't always appear to be that way, as People shared pictures from his page that are no longer available. I suppose after a breaking news story surfaces linking you to Selena Gomez, you need to start keeping a lock and key on the more intimate glimpses of your life. Though, Smoller's Instagram is still public, as evidenced by the picture above.

Krost is said to have graduated from NYU.

Krost & Gomez Are More Intricately Connected Than You Might Think

People mentions Krost having "close ties" to Gomez's friend group, noting the Hadids as a major example. But I think the first Instagram picture proves to be even more telling. To be more clear, in that first photo, Smoller is not only hanging with Gomez, but is shouting out a happy birthday wish to Courtney Barry, who Gomez has referred to as her "bestie."

I hope that somewhat sates your curiosity, people! Maybe we'll see more of him, maybe we won't. That's up to Gomez, I suppose.

More like this
Selena Gomez & Blackpink's Post-Show Meetup Left Fans Thirsty For More
By Stephanie Topacio Long
'Love Island's Gemma & Luca Have Very Different Ideas About Their Break Up
By Frances Stewart and Sophie McEvoy
Who Is Pete Davidson Dating? He "Courted" Emily Ratajkowski At A Knicks Game
By Jake Viswanath
'Black Panther 2' Star Dominique Thorne Prioritizes Her Career Over Dating
By Jake Viswanath
Get Even More From Bustle — Sign Up For The Newsletter