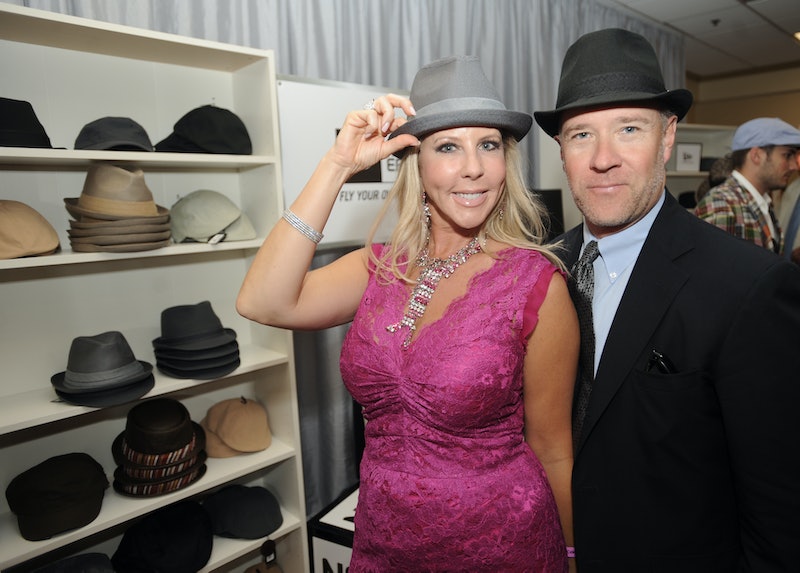 The facility that Brooks Ayers claimed treated him for cancer has now claimed what most Real Housewives of Orange County fans suspected all along. According to E! News, a rep for City of Hope, a medical center where Ayers claimed to be treated, claims they never treated him or "anyone by the name of 'David Brooks Ayers.'"

(Update: Ayers has released a statement to E! News admitting he fabricated medical documents. It reads in part: "Words cannot express the deep regret that I have in fabricating documents to 'prove' to the world that I, in fact, have cancer. What I did was wrong and inexcusable. I acted alone, without Vicki [Gunvalson]'s knowledge, to produce documents for a reality TV show in hopes of putting doubts about my cancer to rest.")

During an interview with E! News on November 3, Vicki Gunvalson's ex-boyfriend presented papers with the City of Hope logo on them as proof that he was treated at the facility. Ayers said of the alleged evidence at the time:

These are the three bills that reference the days I got my treatment. I'm not going to say I'm in remission. That's not going to be the case until my numbers have normalized and that's the word that was used to me. I have more tests coming up in two months. I go back every 90 days. I don't get a scan every 90 days but I get blood work done every 90 days.

Before hearing from City of Hope, E! News conducted an investigation into the records that Ayers presented, which showed that the City of Hope logo and other identifying information on the reality star's documents didn't match up with the information on documents that other patients have received.

Bustle has reached out to Ayers' rep for comment on City of Hope's claims and E! News' report about the inconsistencies with Ayers' documents.