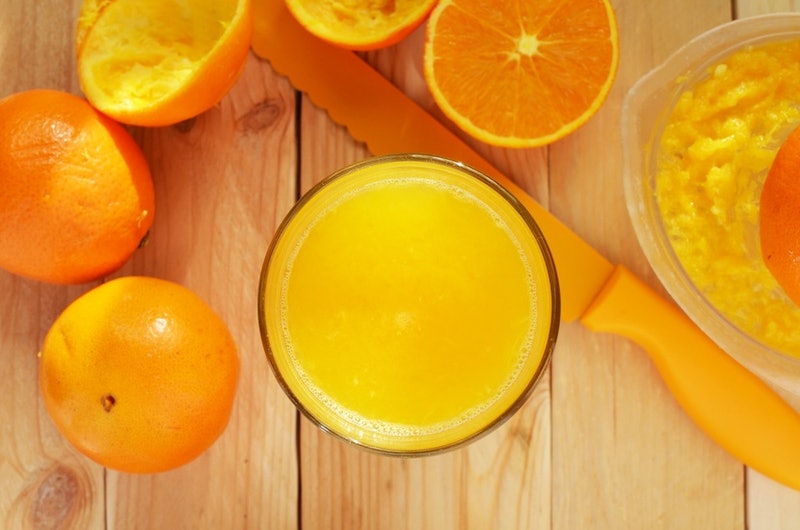 Shopping for healthy foods can be an overwhelming experience. With so many labels on foods that claim to be "natural," "organic," or "sugar-free," it can be tempting to buy foods that sound healthy, but actually aren't. We think of a quintessential healthy person in their workout clothes sipping their green juice or meeting their friends for frozen yogurt, but as it turns out, these foods that sound healthy often end up containing a lot of ingredients that are not-so-good for us. And, no matter what your food and nutrition preferences are, being in the know about what we're actually putting in our bodies is always a good thing.

Many of these so-called "health foods" are high in sugar or salt, and they replace "bad" components such as fat and gluten with other, less healthy alternatives. The word natural can be slapped on any product, as there are no standards for what natural constitutes, and something can be organic, but filled with sweeteners or other ingredients that should only be consumed in moderation.

"Food companies know that consumers are looking for healthy, natural foods," says Diana Sugiuchi, RD, LDN to Bustle over email. "They will market their food to appeal to this desire for less processed food even if it is not healthy. Don’t believe the hype on the front of the package. Always look at ingredient lists and nutrition facts labels."

Next time you're trying to discern between health foods and junk foods, consider these six foods, which may sound nutritious, but are actually not that healthy for you.

"Many yogurts have quite a bit of added sugar and are more like a dessert than a healthy snack," says Sugiuchi. "Your best bet is to get plain yogurt and add your own fruit and sweetener of choice."

"Energy bars run the gamut from those only sweetened with fruit to those that have loads of added sugar," says Sugiuchi. "Additionally, many can have as many calories as an entire meal." Look for bars with as few ingredients as possible, and opt for those filled with nuts and natural sweeteners rather than synthetic ingredients.

"When fat is removed, foods often have more sugar and salt added to make up for the lack of fat," says Sugiuchi. Fats also help us stay full, so you may not stay satisfied for long with a low fat food, causing you to eat more later. "It is better to have a small portion of a food without reduced fat," says Sugiuchi.

"Unless you are part of the one percent of the population that has Celiac Disease, you are not doing any good for your healthy by avoiding gluten," says Sugiuchi. "In fact, in foods where wheat is substituted with other flours, like gluten-free bread, you are not getting the fiber that you would from the whole-wheat version."

Juice is usually extremely high in sugar, whether it is from the concentrated amount of fruit, or added sweetener that many brands use. "Treat juice like you would soda or other sugar-sweetened beverages," says Sugiuchi. "Unlike juice, fruit has fiber in it, which can help to avoid blood sugar spikes and lows that you get when you drink juice. You are much better off to eat a piece of fruit and have a glass of water."

"Dried fruit and nuts are healthy, but the chocolate or yogurt chips that are in many trail mixes add lots of sugar," says Sugiuchi. "And be sure to watch your portion size with trail mix — a little goes a long way!"

Having a few handfuls of trail mix or a big glass of juice isn't going to hurt you, but when it comes to nutrition, knowing exactly what you're putting in your body (whether it's "good" or "bad" or anything in between) is always a good thing.