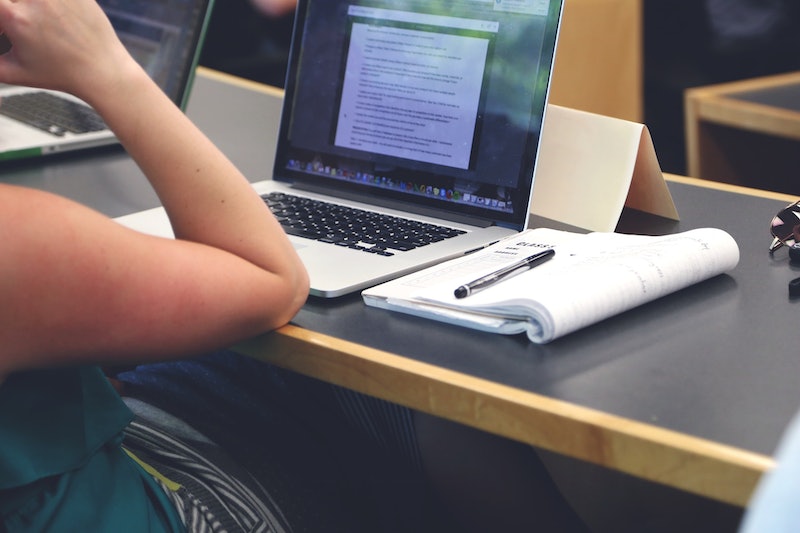 I once had a failure at work so bad that I barely slept for two weeks after it happened. If you’ve ever been in charge of organizing and writing/developing presentations for big company meetings, perhaps you’ll feel my pain: I thought I’d prepped all of the necessary speakers, so an hour before the 300+ attendees were intended to arrive at the meeting, I actually felt calm and relaxed. Until a guest speaker I’d thought had prepared her own speech (I never double-checked this; major mistake on my part) tracked me down to go over her presentation. Neither of us had done it. Ultimately, she had to wing it. Not only was I in gigantic trouble with my bosses, the meeting turned out to be a disaster and I’d also managed to more than irritate a very important company connection.

Despite how big or small our work mistakes might seem, they could ultimately make a huge impact on what our bosses feel we’re capable of taking on in the future. Also, if big enough and frequent enough, they could even prevent us from getting promoted in a timely manner. But, with the right set of actions, and a positive mindset, we can learn and grow from these at-work failures.

The key is to not let one failure make you believe that all subsequent projects are going to end in failure as well. There are healthy means to get past a failure at work, including these nine ways.

1. Be Honest With Your Superiors

Unless your mistake is one that you can quickly fix on your own, you should go to your boss(es) and explain what happened. It’s going to suck, totally, but it’s the first step to getting things cleared up. Tell them what has happened, how, and why it happened, and that you are aware of how serious the problem is and/or could be moving forward. While you might still need to figure out how to solve the problem, ensure them that it will never happen again on your watch. You’ll feel an instant weight off your shoulders after saying these things, because even if they’re interested, they’ll at least know you understand the severity of the problem — and try to remember not to be defensive.

After my meeting mistake, I wanted to tell everyone how I’d been so busy with other projects all week that I wasn’t able to devote enough time to making sure the meeting went completely smoothly. But all that would resonate as is a giant, fluffy excuse. By offering up excuses, it prevents you from being taken seriously. Instead, focus on the problem at hand, and making it right.

Sometimes the solution might not be obvious, so you might need to tap others on your team and your boss to come up with something that works well. Once it’s been determined, hit the ground running on making things right. Once the problem is rectified (or at least cleaned up), make sure you circle back to your boss with a proactive plan of steps you’re taking to be certain it doesn’t happen again in the future.

4. Whatever You Do, Don’t Put The Blame On Others

Throwing somebody else under the bus who had nothing to do with your mistake is ultimately setting yourself up for something negative in the future. But karma aside, this could really come back to bite you in the end, especially if the person(s) you accused say they had no part in the error. After a colossal mistake, the last thing you then are going to want to deal with is trying to explain to your boss why you also lied. It’s just additional hot water you don’t want to even touch.

5. Get Your Mind Right

OK, now the mistake is done and over with, so stop beating yourself up over it. If you’re someone who feels deeply guilty about the mistake, you’re not someone who is going to carelessly do it again in the future — so don’t spend day and night dwelling on it. Many times people assume that because they’ve failed at something, it means that they, themselves, are a failure. But, doing something wrong and being something wrong are two completely different things. By thinking they’re the same, you can eventually beat down your self-esteem and confidence. Instead, keep your mind positive and move forward.

You might be thinking, “Silver lining? Is this writer nuts?” But, I swear, if you look closely enough, you can see some sort of beneficial takeaway from your mess up. Perhaps it’s forced you to see that sometimes you don’t pay as close of attention to certain aspects of your job versus others, and now you know better. Perhaps it caused a conflict between your team, but now the team feels they have much better, open communication with each other than ever before. Search high and low for the silver lining — you will find it somewhere.

7. Use It To Become A Better Manager

Sometimes — especially for those who are entry level — you’re so focused on your tasks at hand each day that you might not consider what it will take to be a manager one day. By making mistakes, we begin to really see what is right and wrong, and how to best handle all areas of our job. Then, as a manager, you’ll be able to effectively guide your subordinate past these issues.

8. Take On A Big, Important Project… And Succeed!

Nothing will make you feel better quite like conquering another important project on the tail of your failure. Once things have calmed down, consider going to your boss and explaining that you’d like to take on something new, and ensure them that you’ll nail it. This will not only make you feel good, but it’ll show you boss how committed to the job you are. Added bonus: By excelling on your next big project, the memory of your failure will become just that to your boss… a memory.

No matter how successful a person is, likely they’ve dealt with failure at one point or another in their career. Steve Jobs was fired from Apple at age 30 (before, of course, joining the company again later in life). The Beatles were rejected by Decca Records before they hit it big. There are endless inventors, too, that have overcome failure. Yet, all of them achieved great success, despite their setbacks.

Michael Jordan once said, “I have missed more than 9,000 shots in my career. I have lost almost 300 games. On 26 occasions I have been entrusted to take the game winning shot, and I missed. I have failed over and over and over again in my life. And that is why I succeed.”

None of us want to make mistakes in our career, but it’s impractical to think we’ll never make them along the way. By knowing how to successfully bounce back from a failure at work, we can all become the best and most mindful employees we can be, all while avoiding the “down and out” feeling of messing up on the job.