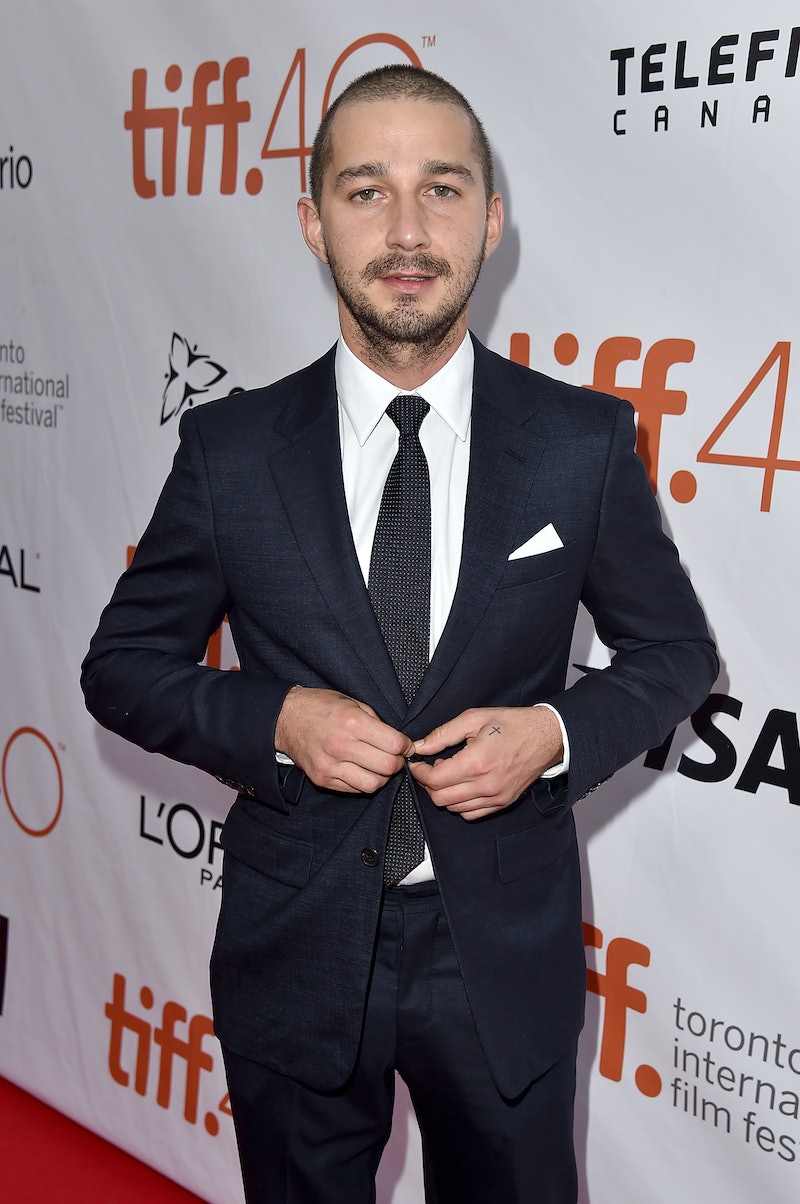 In an unconventional move no one really saw coming, Shia LaBeouf is streaming all of his movies for the public, reports say. This is especially unexpected, given LaBeouf's emotional outlook on acting. An announcement posted to NewHive.com claims the actor will be present during the viewing at the Angelika Film Center in New York City. The movies will be played in reverse chronological order.

"That's my soul up there," he said previous. "That's all I have to offer you, right? It's my soul. You do take it home, at least when you're working on it, then you try to shake it and get on some other train of thought when you get out. But yeah, that's me up there. All I do for a living is open up and let you look." Pretty serious stuff, right?

LaBeouf is no stranger to embracing vulnerability. After all, he's know for taking some pretty big performance art risks, like wearing a brown paper bag on the red carpet or hosting an art installation. The screening of his movies, however, takes things to an entirely new and fascinating level — and that's what makes this whole process so interesting to learn about.

Face it — no person is comfortable watching himself or herself on screen. (I can't even listen to my sister's voicemail recording because it sounds so similar to my voice.) But to watch movies starring yourself for 72 hours straight? This might be LaBeouf's most challenging performance yet.

However, it's also extremely brave of him. As he mentioned in the quote above, not only is he watching his movies, but he's doing so while surrounded by a crowd of critics. That's a whole lotta baring your soul without any apparent reward. But maybe that's LaBeouf's whole point: Good things don't always come easy, and great character development might fall under that umbrella.