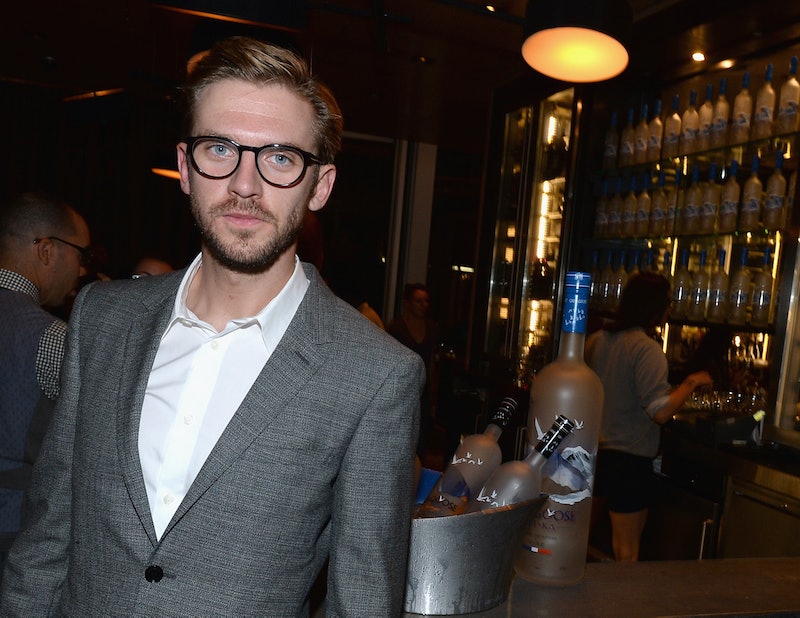 Remember Dan Stevens? Those super-blue eyes and how they used to occupy early-20th Century period costumes while indulging in post-Edwardian courting rituals with his cousin in the English countryside? It was great. And then it was gone. Which is why Dan Stevens' relationship to Downton Abbey these days involves a lot of apologizing.

This last part he said to the Today Show when one of the anchors was explaining to Stevens how much his Downton death made her cry when she was pregnant. Turns out it's something that made a lot more than just pregnant woman cry, and Stevens has expelled a lot of energy since departing the series — which he left suddenly due to desire to pursue other work, hence the suddenness of his demise — comforting people distraught by both his decision to leave and the way in which Downton creator Julian Fellowes decided to wrap up his story by literally throwing him under a car.

"Katherine, come over here, this is the young man who upset you," he says, doing an impression of what I have to believe is a middle-aged and curt American businessman from the Mad Men era. He says he's asked almost every day to apologize to the general public for upsetting them so much by quitting his job.

Although maybe somebody should maybe pin more of the blame on Fellowes? Just a though.