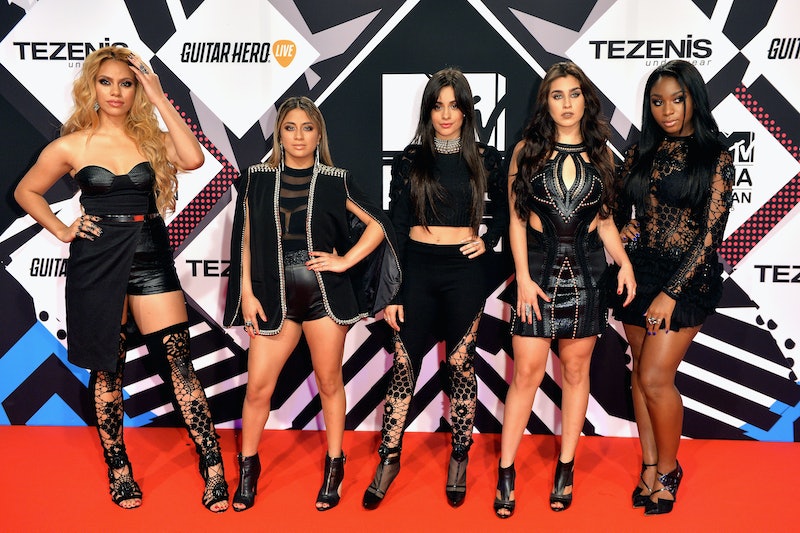 Fifth Harmony will receive a major honor this year. Fifth Harmony, who are working on their next album, will be given the 2015 Group of the Year award at Billboard's Women in Music event. The honor will be bestowed on them during the Dec. 11 event, where the band will also perform.

It's a huge honor for the women, but one that is so well-deserved. "Fifth Harmony defines the consummate group dynamic: five women with a strong, united voice and a commitment to celebrating female empowerment," Janice Min, co-president and chief creative officer of Guggenheim Media's Entertainment Group, which consists of Billboard and The Hollywood Reporter, said. "In the few short years since they formed on The X Factor this diverse group of women has managed to make chart-topping music, develop a legion of passionate fans around the world and use their platform to promote self-esteem. They do it all so well, the very definition of a 'Group of the Year.'"

Fifth Harmony is everything Min described and more. Not only are they insanely accomplished, but everything they've achieved, they've earned with class and elegance. They're truly deserving of this award, especially since it honors women in the music industry.

While Fifth Harmony's accomplishments are numerous and important, their role model status is also important to note. Thanks to songs like "Bo$$" and "Worth It," the women continually remind their fans — and the world — that they aren't settling. This empowerment is such a great message for Fifth Harmony to be sharing. Additionally, their hard work and positive attitudes make them amazing role models for anyone. Having spoken with Fifth Harmony on multiple occasions, I'm happy to confirm they're just as lovely as you'd expect. In other words, the kind of women young girls should emulate.

So, yes, the Group of the Year award is a nod to Fifth Harmony's career, but it's also a tribute to their incredible work ethic and class. I can't think of a group more deserving of this honor — and I'm excited to see what the band has planned next.